A special time! Katherine Schwarzenegger and her husband, Chris Pratt, are officially parents to baby No. 1 — and the 30-year-old’s pregnancy journey looked incredible, including her adorable baby bump. We rounded up all the photos of the author’s growing belly so you could take a look back.

Life & Style confirmed the happy couple was expecting on April 25. Katherine and the Guardians of the Galaxy star, 41, tied the knot in June 2019, so the exciting news came just before their one-year wedding anniversary.

“They couldn’t be happier and you can bet this will be the first of many,” an insider gushed to Life & Style exclusively at the time, noting the pair wants “at least three” children. “Katherine has always said she wants a big family, at least four kids, and they already have Jack, who they say is super excited and will be an amazing big brother.” Chris shares his 7-year-old son with his ex-wife, Anna Faris. 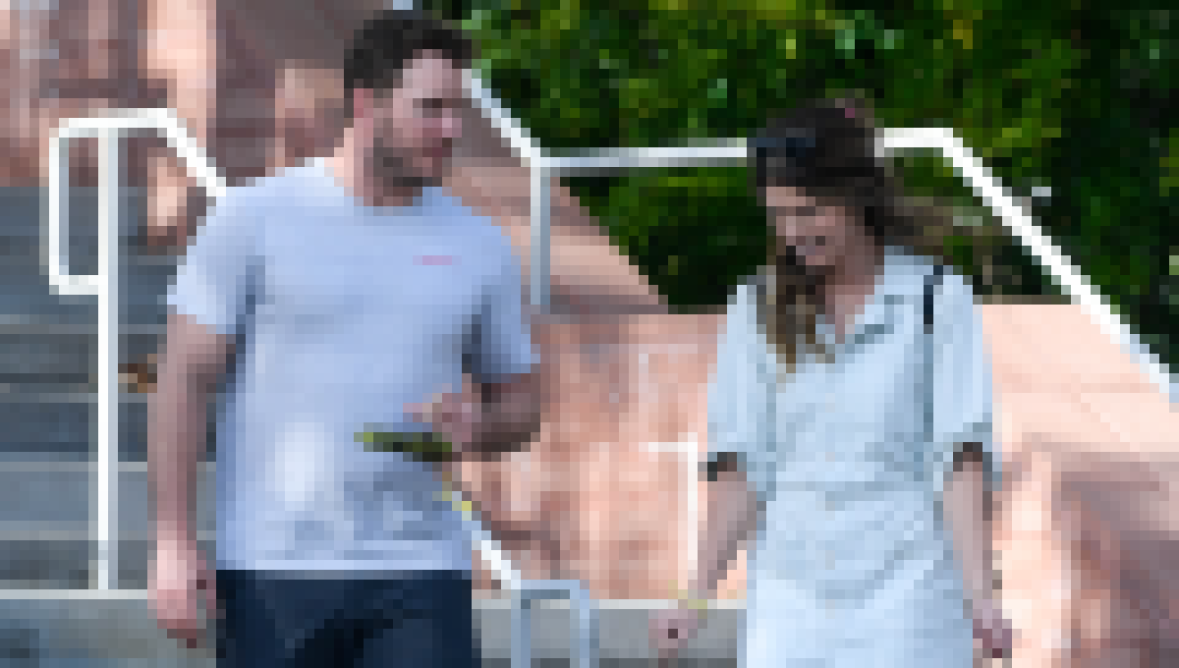 A Timeline Of Chris Pratt And Katherine Schwarzenegger's Whirlwind Romance

“Chris and Katherine are the perfect match and starting a family was always their number one goal,” the source explained. “She’s already an amazing mom to Jack but she’s can’t wait to have a baby of her to look after. She even says she’s looking forward to diaper duty.”

The Los Angeles native is not worried about gaining “a few pounds” and isn’t “obsessively counting calories” during her pregnancy. “The way she sees it, it’s all part of the process,” a second source raved. “She’s really enjoying being pregnant!”

Her dedicated hubby has also been doting on her while she keeps her busy lifestyle. “Katherine isn’t going to give up her whole life just because she’s pregnant,” a third source said. “She’s constantly on the go, but Chris is always there making sure she doesn’t over-do it. If he thinks she’s pushing herself too hard he’ll tell her. And he’ll happily run errands if she’s suffering from a bout of morning sickness or is feeling tired.”

Katherine and Chris started dating in June 2018, just six months after the Parks and Recreation star and his ex-wife filed for divorce. They got engaged in January 2019 and tied the knot less than six months later.

Scroll through the gallery to take a look back at Katherine’s pregnancy journey!

The mama-to-be first revealed her baby bump during a bike ride with her beau on April 25.

She was spotted showing off her growing belly again while walking her dog on May 3.

Katherine rocked a cute shirt that read “COURAGE” during another walk on May 13.

The starlet’s belly was on full display in this sheer white top and workout leggings.

The Rock What You’ve Got author looked so cute in a sweatshirt and leggings on May 28.

The fit mama looked super comfy while out for her morning power walk on June 13.

The author showed off her growing tummy while on a walk with her hubby on June 20. The sweet parents-to-be even held hands. So cute!

Katherine and her mom, Maria Shriver, took a stroll together in Los Angeles on June 24.

Getting bigger! Katherine stepped out with her girlfriends on June 27 wearing a rainbow face mask.

We stan a celeb who can step out in the same shirt less than a week apart! On July 2, Katherine wore the black sporty top, this time pairing it with gray leggings.

On July 7, the soon-to-be mama stepped out in a crop top, sunglasses and her signature mask.