“Not the custom Chrome for my baby,” the 23-year-old captioned an Instagram Story photo of the cute look laid out on her bed. The outfit consisted of a white long-sleeved shirt with a pink version of the Chrome Hearts logo on upper left side and brown cargo pants covered in pink classic Chrome Hearts crosses.

The proud mama also showed off the custom leather tag inside the pants, which read “STORMI” alongside the classic brand tag. So cute! Finally, the makeup mogul shared a snapshot of her baby girl in the outfit as she ran away from the camera.

It’s no surprise to see the tiny tot rocking the latest and greatest designer duds. The Keeping Up With the Kardashians star “can’t help herself” when it comes to buying her baby the best of the best, including clothes, toys and other presents, an insider exclusively told Life & Style in July.

“Kylie is constantly showering her with gifts. Expensive jewelry, the latest gadgets, you name it, Stormi has it,” a separate source previously revealed to Life & Style. “She can drop upwards of $100K in a week on her little girl!”

The reality star also enjoys shopping for herself — and the sweet twosome have been known to match outfits in the past. Kylie and Stormi, whom she shares with rapper Travis Scott, wore matching Marine Serre outfits in March and most recently rocked matching Air Jordan sneakers on Instagram in September. 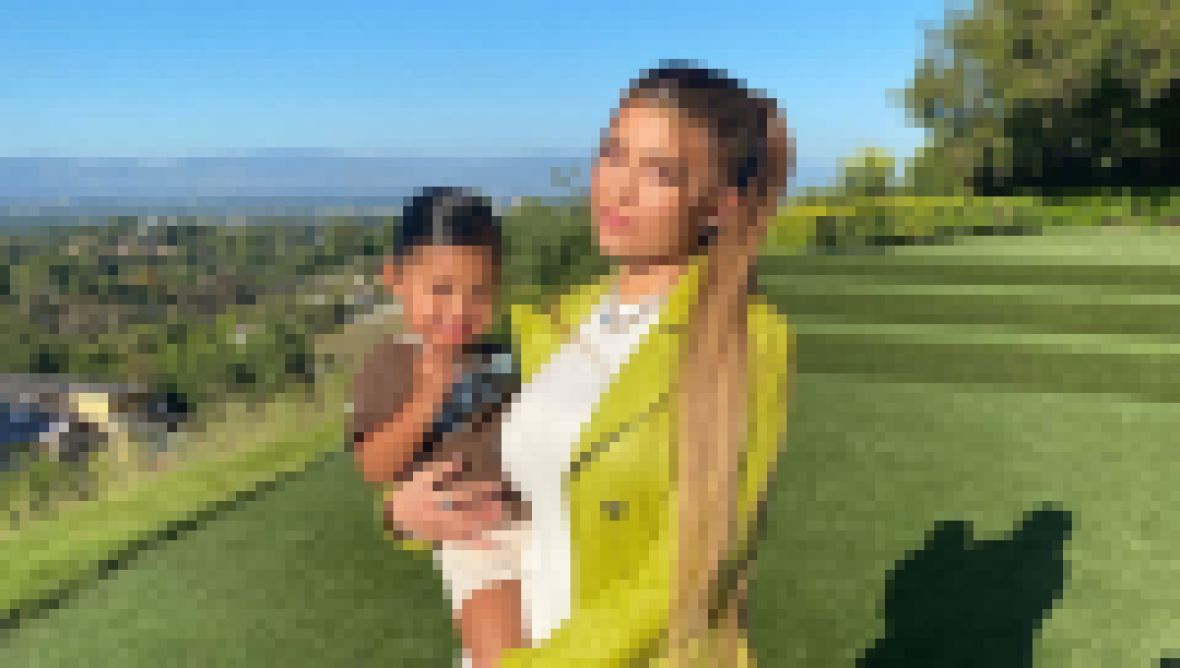 Kylie Jenner and Stormi's Cutest Moments Together Will Melt Your Heart

“She spends at least $300K on fashion every week. She has rooms full of things she’s only worn once. She’s bought cars just to match her outfits,” an insider previously told Life & Style. The source also noted the starlet’s shoe collection is equally lavish. “While her closets are to die for, there isn’t enough room to fit all the shoes she owns — there are well over a thousand pairs.”

Scroll through the gallery below to see photos of Stormi’s new custom outfit from Chrome Hearts!

How cute is this designer outfit for little Storm? Talk about trendy.

The adorable leather tag had Stormi’s name in it … in case you forgot who the most fashionable celeb kiddo is.

The tiny tot looked totally adorable in her custom duds!