The cutest! Pregnant Nikki Bella revealed her sweet nickname for fiancé Artem Chigvintsev while wishing him a happy birthday on June 12.

“Happy Birthday, My Click!! [Artem], I love you so much! You are such a bright light in my life,” the 36-year-old gushed on Instagram. “Thank you, God, for him! Excited for many more birthdays, journeys, travels and experiences together … and with our baby boy.”

Along with the precious caption, the WWE alum shared a series of 10 photos of the couple together throughout different moments in their relationship and pregnancy. So sweet!

The adorable post comes just one day after the proud parents-to-be announced the sex of their first child during the season finale episode of Total Bellas. During the epic reveal, Nikki and Artem, 38, whacked open a piñata … and out came loads of blue confetti, confirming the couple is having a son.

The San Diego native also took to social media to highlight the moment as the episode aired. “Can’t wait for our little boy to arrive in August!” Nikki gushed on Instagram over a gorgeous photo of the duo kissing at their reveal party.

The Dancing With the Stars pro and his former dance partner confirmed they were dating in March 2019 after months of speculation — but they actually met years prior when they teamed up on the dancing competition show during season 25. At that time, Nikki was still with ex-fiancé John Cena.

The former wrestler and the Russian dancer got engaged in November 2019 during a romantic trip to France. However, the pair waited until January 2020 to announce the big news to fans and followers. Less than a month after their engagement reveal, Nikki announced she was pregnant. Her twin sister, Brie Bella, is also pregnant and their due dates are two weeks apart.

“We are shocked like all of you!!!” Brie wrote on Instagram when she announced her own exciting news at the time. “Never in a million years thought did I think @thenikkibella and I would be having pregnant bellies together!!! Knowing us, our babies will come the same day, too!” 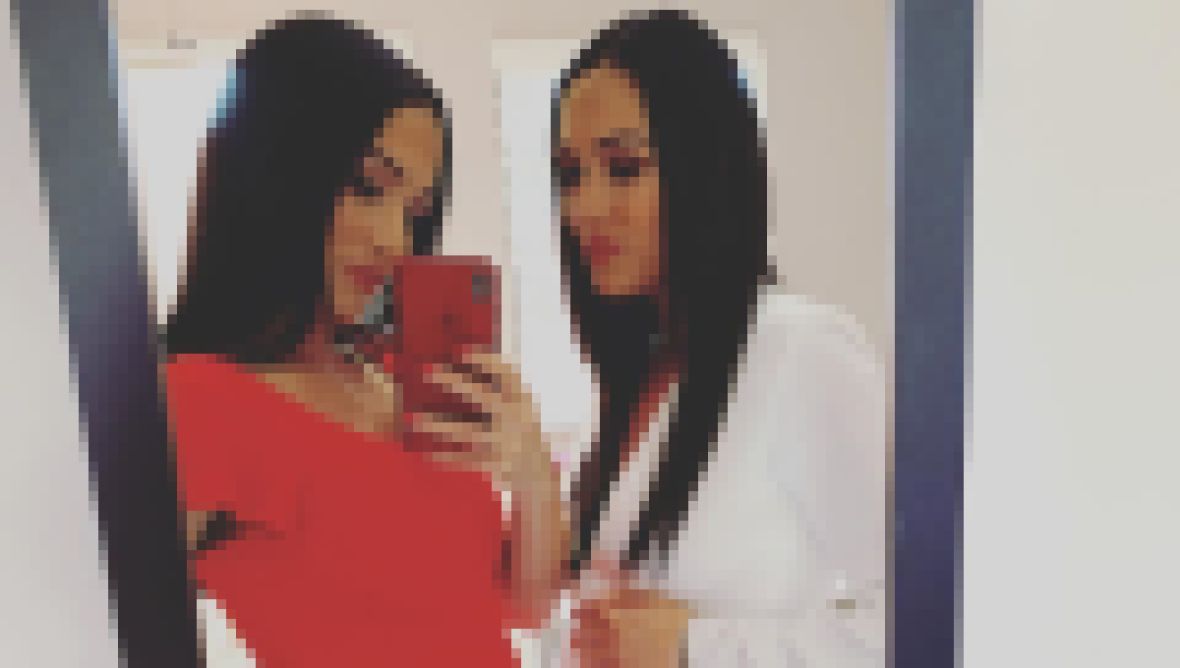 It’s obvious Nikki is excited to begin her life as a parent with her hubby-to-be. “You just look at this thing growing inside of you,” she raved to Life & Style exclusively in March. “And you’re like, ‘Oh my gosh, I can’t believe how I’m so in love with something I’ve never even met!’”