We see you! Scott Disick and ex Kourtney Kardashian had a flirty moment after the Keeping Up With the Kardashians star shared a racy swimsuit photo during their vacation to Idaho together. 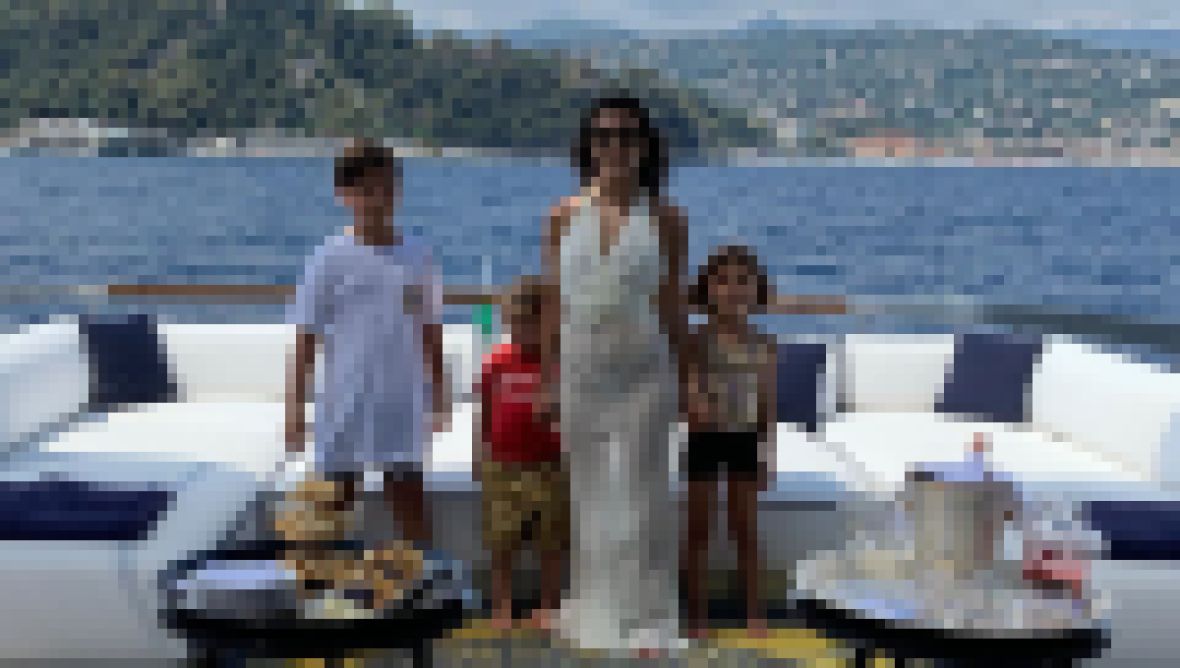 “What a lake er,” the Flip It Like Disick star, 37, responded to the 41-year-old Poosh founder’s recent Instagram photo that showed her flaunting her impressive figure while hanging out on a boat.

Considering Kourt captioned the sexy snapshot, “Lake ya,” it looks like Scott was all in on the dad joke.

The coparents have been having so much fun with their three kids — Mason, 10, Penelope, 8, and Reign, 5, — along with friends Harry Hudson, E! host Jason Kennedy and his wife, Lauren Scruggs. On August 15, Scott shared a brief video of Kourtney rocking the same silver one-piece suit while they hung out on a boat in the scenic lake with Jason and Lauren.

The reality stars appear to be road tripping around the country. Earlier that same day, the Kourtney and Kim Take Miami starlet shared a series of snapshots from various gas stations where they made pitstops along the route.

Kourtney and Scott have been spending a lot of time together this summer with their kids. Before venturing into the western states, they enjoyed a getaway with Kim Kardashian and Kanye West’s children to Balboa Island in Newport Beach, California.

“Scott and Kourtney are getting on and the kids are happy,” an insider exclusively told Life & Style. “They’re making the most of the summer and have a bunch of activity-filled family trips planned. Kourtney and Scott think it’s good for their kids to be outdoors, in the fresh air … They have a blast raising them together.”

The Talentless designer became newly single in late May when he and ex Sofia Richie split after nearly three years of dating. They were spotted reuniting over 4th of July weekend, but they’re still taking things one day at a time when it comes to reconciling. “They’re keeping it on the down-low and are still figuring things out before making it official,” a second source exclusively dished to Life & Style.

It looks like the Kardashian-Disick crew are living their best lives!