When it comes to enviable bikini bodies, Kourtney Kardashian is basically our reigning queen. Much like a fine wine, the Keeping Up With the Kardashians star has only gotten better with age. With that, we decided to round up her sexiest bikini moments over the years.

Kourt is a mom of three children — Mason, Penelope and Reign — whom she shares with ex Scott Disick. After becoming a mother, she’s learned to take pride in her post-baby body and embraces its changes. 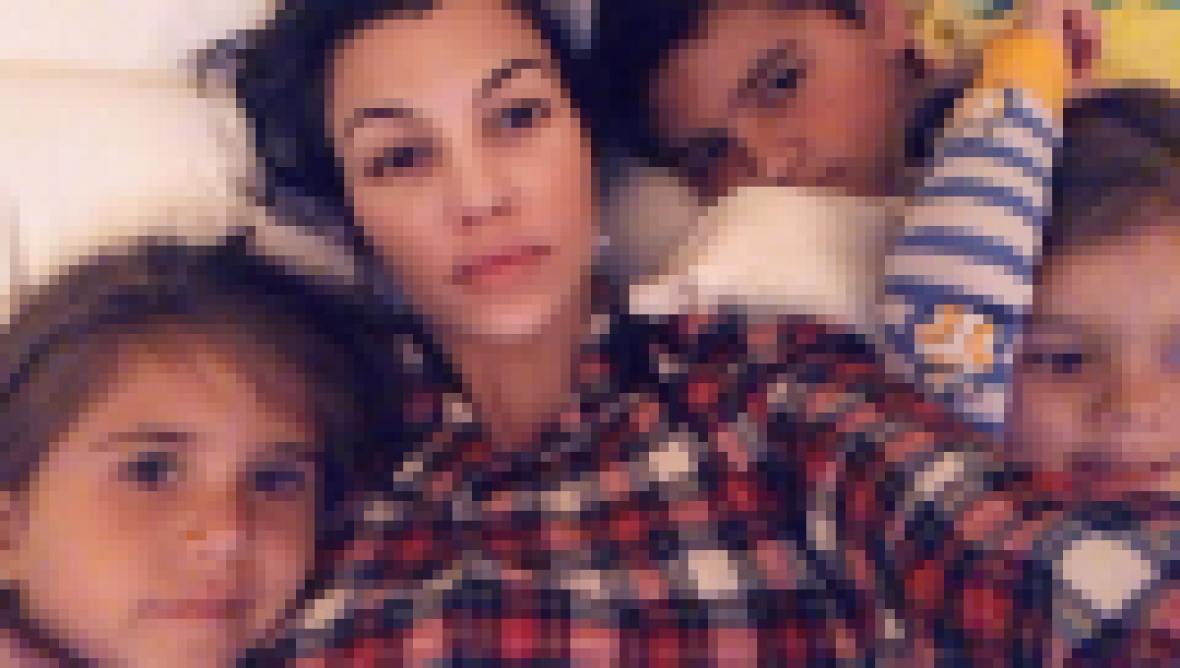 In May 2020, Kourtney was accused of being pregnant after she uploaded a photo in which she showed off her tummy. The Poosh.com founder denied the pregnancy rumor and revealed she actually had just gained some weight. “This is me when I have a few extra pounds on, and I actually love it,” she replied on Instagram. “I have given birth three amazing times and this is the shape of my body.”

Later that month, she revealed why she commented on her body. “I’m obviously posting it, and this is the shape of my body,” she divulged in a YouTube video. “I don’t think I look pregnant at all. We’re all shaped differently and that’s my body and I’m proud of it. So that’s how I respond to the negative comments.”

Kourtney also isn’t shy in sharing her fitness and diet routines with fans. “My whole summer in Italy when I was eating pasta, ice cream and baskets of Focaccia daily, I would just jump rope for 20 minutes,” she previously said in a YouTube live session with her sister Khloé Kardashian. “I would 10 minutes straight, or as long as I could, then do push ups, sit ups, squats … You know, a little butt workout. I would always mix it up, so I wouldn’t get bored.”

The brunette beauty also likes to incorporate her kids into her workouts, and turn them into a fun game. “Reign likes to ride on my back while I’m swimming laps,” she added.

Keep scrolling to see all the times Kourtney Kardashian flaunted her bikini body.

Kourtney was born to wear red!

She was definitely feeling herself in this suit.

We mean, come on, check out this close-up shot!

Anyone else getting total mermaid vibes?

Thanksgiving 2020 wouldn’t be complete without a Kourtney thirst trap …

Talk about showing off one hell of a body!

Even with a backdrop that beautiful, Kourtney is still the center of attention.

This metallic swimsuit is everything.

A bikini and a cardigan? Why not!

Kourt’s bod may be hotter than the desert she took this photo in!

The mom of three works hard to stay in shape, and it shows.

Who says moms can’t show a little skin? Not Kourtney, that’s for sure! Here she is showing off those rock hard abs while snuggling up with a young Reign Disick.

If you thought bikini mirror selfies were a young lady’s game, think again. Kourtney basically perfected the art … and we sincerely thank her for it.

In addition to showing off her enviable curves, the KUWTK star also loves to show off the exotic locations she travels to. Thanks for the FOMO and fitspo, girl.

With a face like Kourtney’s, it’s a shame she didn’t include it in this snapshot, but for real, though, that BAWDY.

Who doesn’t love a good cheeky selfie? We stan a woman who knows how to properly utilize a room full of mirrors.

We are living for this selfie. Kourtney’s, ahem, assets look uh-mazing. After all, any swimsuit that offers the same support as a bra is an A+ in our book! When in doubt, push ‘em up, ladies.

An oldie, but goodie! The selfie … not Kourtney, obviously. While her style has definitely evolved over the years, Kourtney’s figure has always been a 10/10.

Next time you’re struggling to show off your whole body in one selfie, please use this pic as reference. It looks a little strenuous on the arms, but clearly, the results are worth it!

Ummm, if this picture isn’t a whole damn mood, we don’t know what is! Kourtney is the ultimate hot mama.

In the powerful words of Ariana Grande: “H2GKMTFO.”

This picture is from when Kourtney went on vacation with her baby daddy, Scott Disick, and his 20-something ex-girlfriend, Sofia Richie. As you can see, the Poosh.com founder has every reason to be confident standing next to Sof.

Of course, a body like Kourtney’s doesn’t just happen overnight. Yes, she was gifted with top notch genetics, but don’t get it twisted, she’s worked hard over the years!

When it comes to Kourtney’s diet, she doesn’t mess around. In September 2016, she revealed on her since-deleted website that gluten and dairy are a no-go in her household. However, two years later, she admitted that she eats “a little” on occasion.

If limited gluten and dairy sounds a bit too intense for you, don’t worry! You can potentially achieve Kourt’s body in other ways. For example, to avoid snacking she told Us Weekly that she sips hot water with lemon.

Hot water and lemon doesn’t sound too appetizing, does it? Yeah, we didn’t think so. Well, Kourtney also attributes her figure to eating strictly fresh, organic foods. “I don’t eat leftovers, we don’t freeze any meat in our house, we keep everything really fresh, and I don’t reheat things because bacteria can grow on it,” she told the publication.

Sounds pretty intense, huh? Well, as it happens, as dedicated as Kourtney is to her body, she has slowly, but surely started to rethink her super strict dieting approach.

“For the past couple of years, Kourtney has been totally obsessed with being as thin and toned as possible,” an insider told Life & Style in April 2019. “She’d never miss a workout or cheat on her diet and was super strict about avoiding dairy, gluten and sugar.”

“Recently, she’s really loosened up. She’s treating herself to dessert all the time and thinks nothing of knocking back the drinks on a night out and then loading up on carbs the next day,” the source continued.

“Kourtney says it’s all down to turning 40 and that she’s never felt more confident,” the insider explained at the time. “She isn’t about to let herself go completely but she’s a lot more relaxed and is embracing her body like never before!” In conclusion: Self-love is the best the diet and exercise routine there is, y’all.

Remember this little throwback? Kourtney posted this flashback bikini pic from her big trip to Portofino, Italy, with her kids — and it looks like she’s never even thought about having a baby a day in her life, y’all.