That’s what family is for! Kourtney Kardashian and Scott Disick spent a day at the beach with Kim Kardashian’s kids amid drama with husband Kanye West. 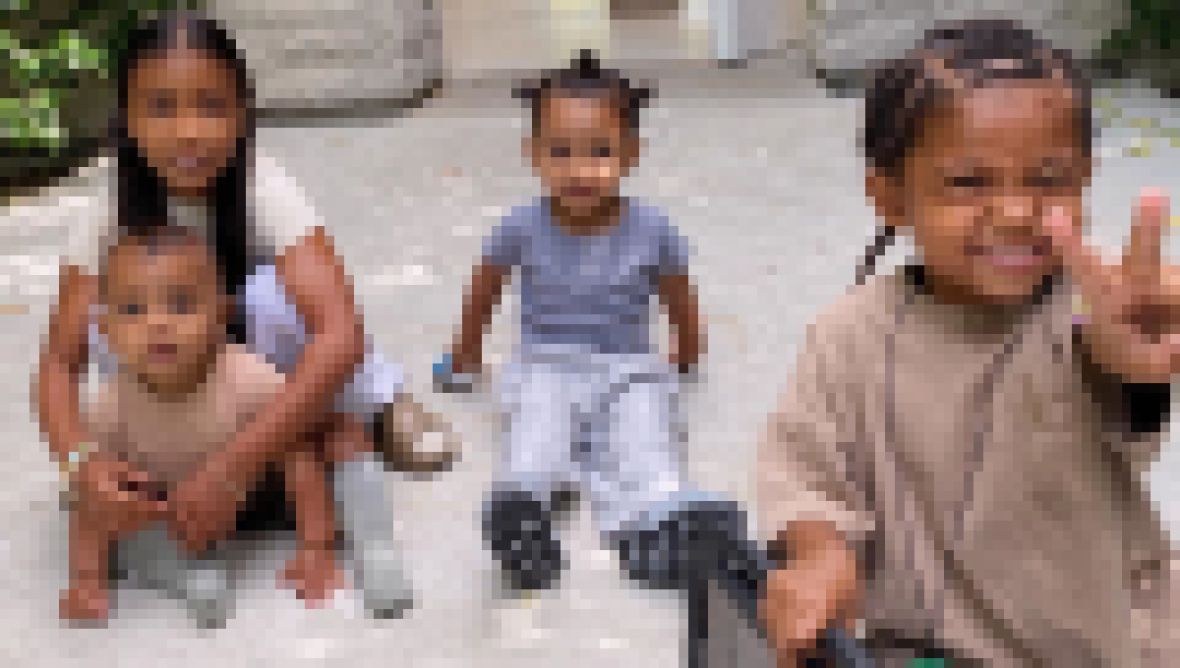 The Talentless designer, 37, can be seen chasing Kim’s kids, North and Saint, around in the sand along with his own daughter, Penelope, on Monday, July 27. Kourtney, 41, hung back on a patio, and it’s possible she had her sister’s youngest children, Chicago and Psalm, with her.

Later that evening, the Keeping Up With the Kardashians stars sat down for a meal at one of their favorite restaurants Nobu. “Dinner with a view,” Kourtney shared on her Instagram Story with a video of the blue water. Scott took a snapshot of a takeout bag on his own profile.

Between a trip to Balboa Island in Newport Beach and Kourtney cuddling up with Chi, the Kardashian-West kids have been spending a lot of time with the Poosh founder and New York native following Kanye’s Twitter rants on July 21 and 22 while he was holed away at their Wyoming Ranch. The “Flashing Lights” artist, 43, claimed Kim and Kris Jenner were trying to “lock [him] up” and that he wanted a divorce from the KKW Beauty founder, 39.

Kim released a lengthy statement on July 22 in response to her husband’s claims. “As many of you know, Kanye has bipolar disorder. Anyone who has this or has a loved one in their life who does knows how incredibly complicated and painful it is to understand,” the reality star began in response to her the “Fade” artist’s now-deleted tweets. “Those who are close [to] Kanye know his heart and understand his words sometimes do not align with his intentions.”

Although her statement was extremely supportive of the “Runaway” artist, an insider exclusively told Life & Style that she “is heartbroken” over the situation.

Kanye issued a public apology on July 25. “I would like to apologize to my wife Kim for going public with something that was a private matter,” the “Love Lockdown” rapper wrote. “I did not cover her like she has covered me. To Kim, I want to say I know I hurt you. Please forgive me. Thank you for always being there for me.”

Although their parents are going through a rough patch, the Kardashian-West kids are in great hands with Uncle Scott and Aunt Kourt. Keep scrolling to see photos of their latest beach outing.

The kids were having a blast with Scott while splashing around in the waves.

No one is more fun than the Flip It Like Disick star.

The sun was shining and the weather was gorgeous for a day at the beach.

Catch Him If You Can

A Run for His Money

Those kids are wearing Scott out!

How gorgeous does the water look for their fun day?

The reality dad looked good running around on the beach.

Of course, Scott showed a lot of love to his only daughter.

Kourtney was captured up on the patio.

It’s great to see the Kardashian-West kids smiling, laughing and having a great time with their family.