Lookin’ good, mama! Model Amber Rose was spotted showing off her post-baby body while leaving a party in Beverly Hills with her boyfriend, Alexander “AE” Edwards, on January 19. Needless to say, the mother of two had her mom bod on fleek with a sexy outfit — and we’d expect nothing less.

The 36-year-old was all smiles as she walked hand-in-hand with the Vice President of A&R for Def Jam Records. Amber rocked a pair of chunky black sunglasses and a slinky, form-fitting black dress. Not for nothing, the actress looked super cute.

Amber gave birth to her second son on October 10. “Slash Electric Alexander Edwards … the world is [yours] now,” AE wrote on Instagram to announce his son’s birth. “Thank [you] @amberrose for loving me so much that [you] put [your] body [through] it [to] bring my [son] [into] the world. I could never be as strong as [you]. Slash a rockstar,” he concluded, adding a red heart emoji. 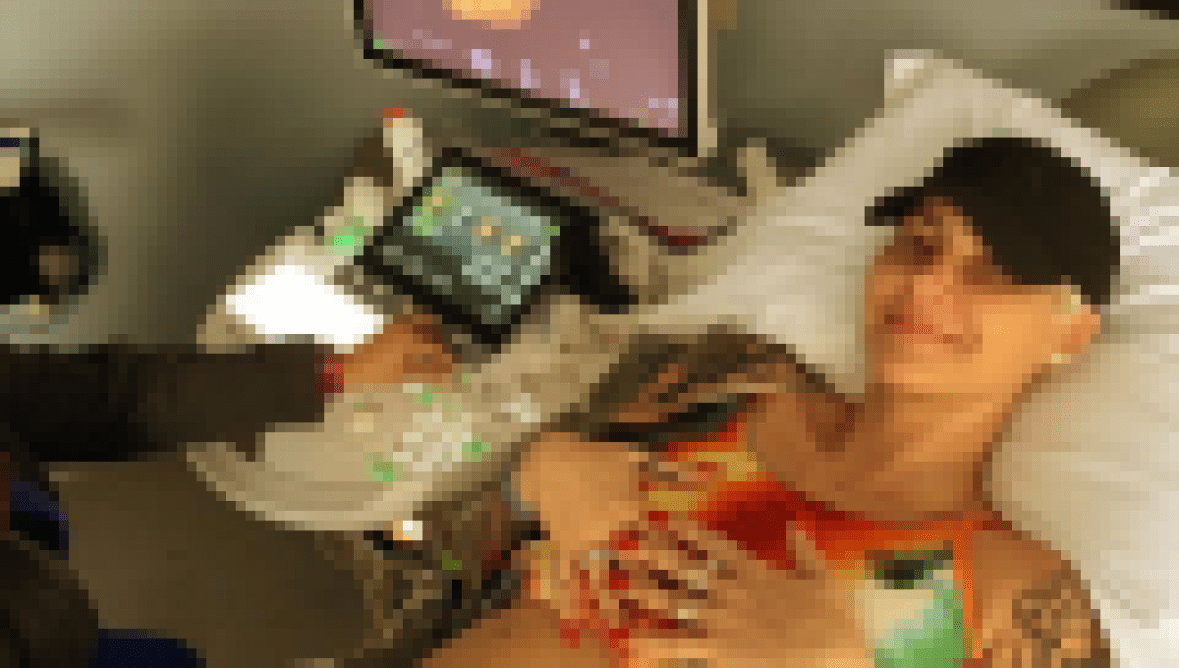 Though this is Amber’s first child with Alexander, the buzz-cut beauty has a son, Sebastian Taylor Thomaz, from her marriage to Wiz Khalifa. And it seems as though her pregnancies have made her a little more body-conscious than usual. “Awww, it’s natural, sis! I still look like I’m six months pregnant,” she told pal Amy Schumer after the funny gal compared herself to a tugboat while struggling with post-pregnancy weight back in October 2019.

Believe it or not, Amber went ahead and got “full body” plastic surgery on November 27 — just weeks after giving birth to Slash. “So, I’m here at Dr. Matlock‘s office and I’m about to get my whole body done after the baby, and if you want to get your body done or you need some work done, he’s going to take out some of my jowls that are just like, hereditary,” she explained in an Instagram video.

“They just run in my family, so he’s gonna fix that and he’s gonna suck all the baby fat out of my stomach. So, I’m about to go in this morning and I’m super excited,” she continued. “I’m going to tag Dr. Matlock so if you want to hit him up and get some work done, help yourself. All of your favorite girls and guys go to him, they just don’t tell you, but I will!”

Scroll through the gallery to see Amber’s post-baby body in a black bodycon dress.

Look at these two cuties!

Seriously, that post-baby bod is something else.

AE knows he has a bad babe on his arm.

Hope you two had a lovely night!