“Such a beautiful day!!!! God bless,” the singer, 38, captioned a series of four photos on Instagram of herself and her man, 26, showing off their beach bodies while laying on floats. The happy couple was quarantining apart until May 11.

The pop star shared their workout reunion on Instagram after spending weeks apart due to Britney’s return from a trip to Louisiana. “Grateful to have @samasghari to stay in shape with!!! So proud of him having a fitness program to keep people in shape while they stay home,” she wrote, adding flowers and flexed bicep emojis. “Couples [who] work out together stay together!!!”

In late April, Brit revealed in a now-deleted post she hadn’t seen her beau in “what feels like a lifetime.” In a second post days later, she shared snapshots of the couple riding bikes together. “I miss sunny bike riding days with this man,” she gushed in the caption. “I feel we have been quarantining for so long. Ughhhhh, dear God. I have missed him!!!”

Britney and Sam met in October 2016 on the set of her “Slumber Party” music video. They exchanged phone numbers after hitting it off throughout the shoot and have been inseparable ever since.

That being said, it’s great to see the dynamic duo back together. They’re clearly all about keeping each other physically fit, but the southern beauty revealed she has her own routine to keep her mental health on point amid social distancing. 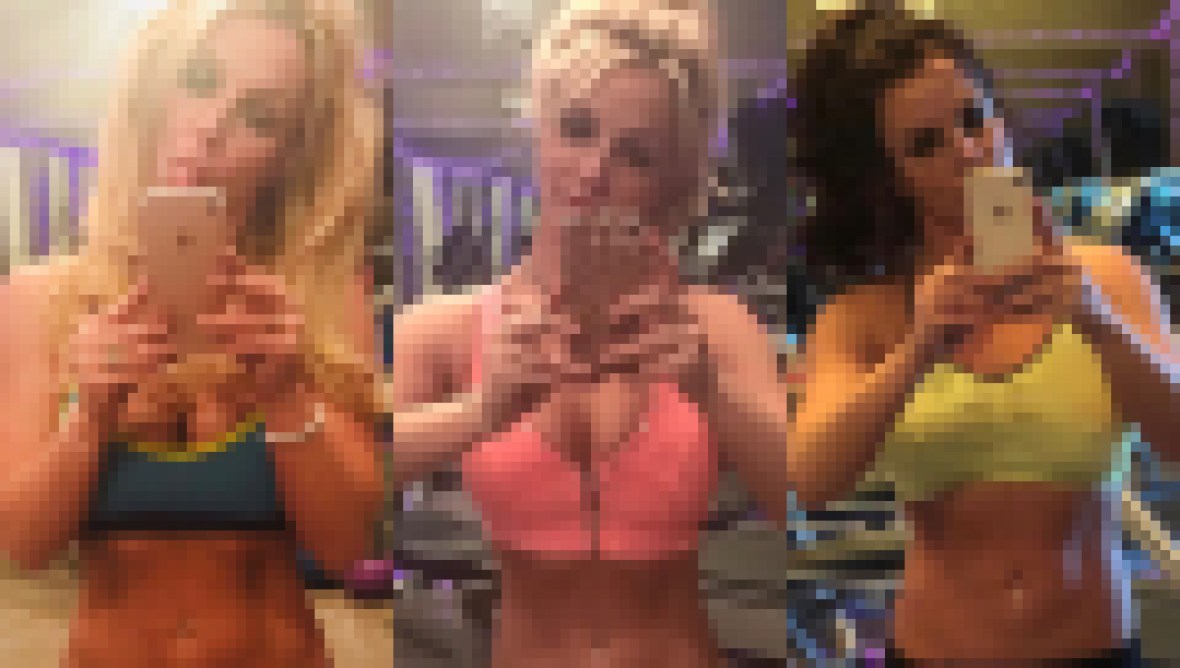 “On days like today where the sun’s really not out and we’re all staying in, these are a couple of the things I do just to stay sane and to balance myself out,” she said in an Instagram video on April 9. “I do a little bit of prayer in the morning and I also do a lot of stretching and a little bit of yoga.”

She also gave fans and followers tips for keeping themselves sane in self-isolation. “The way to inspire oneself is to go beyond yourself and to take action, which is very hard in these self-isolating times,” she wrote in her caption on the IG vid. “It’s easier to just chat on the phone and gossip or to play that game where you look at what everyone else is doing and say, ‘Damn, I feel left out.’ The simplest of teachings are the best and mine is simply kneeling on my knees in prayer!!!! GOD BLESS YOU ALL!!!”