Staying on their grind! Several celebrities proved they were able to reach their fitness goals, thanks to their hard work and dedication. From Khloé Kardashian and Jordyn Woods to Adele and Rob Kardashian, we’re taking a look back at some of the greatest weight loss success stories in Hollywood.

In June 2020, Rob Kardashian showed off his slimmed-down build in rare photos at Khloé’s 36th birthday party. As it happens, KoKo and her ex Tristan Thompson were the ones who kept the former Keeping Up With the Kardashians star focused on his health and fitness goals.

“Khloé and Tristan have been helping Rob with his weight loss and are acting as his personal trainers,” a source previously told Life & Style. “They’ve been working out together at Khloé’s home gym — doing cardio, running, pushups and deadlifting. He’s cut out the junk food and is sticking to a high-protein diet, although he does has ‘cheat days.’”

As a result of his efforts, Rob has “regained his confidence,” the insider added. “Plus, he’s feeling healthier than ever and has more energy.” Furthermore, New York City-based internist and gastroenterologist Dr. Niket Sonpal estimated Rob lost approximately 50 pounds since beginning his weight loss journey in 2018. 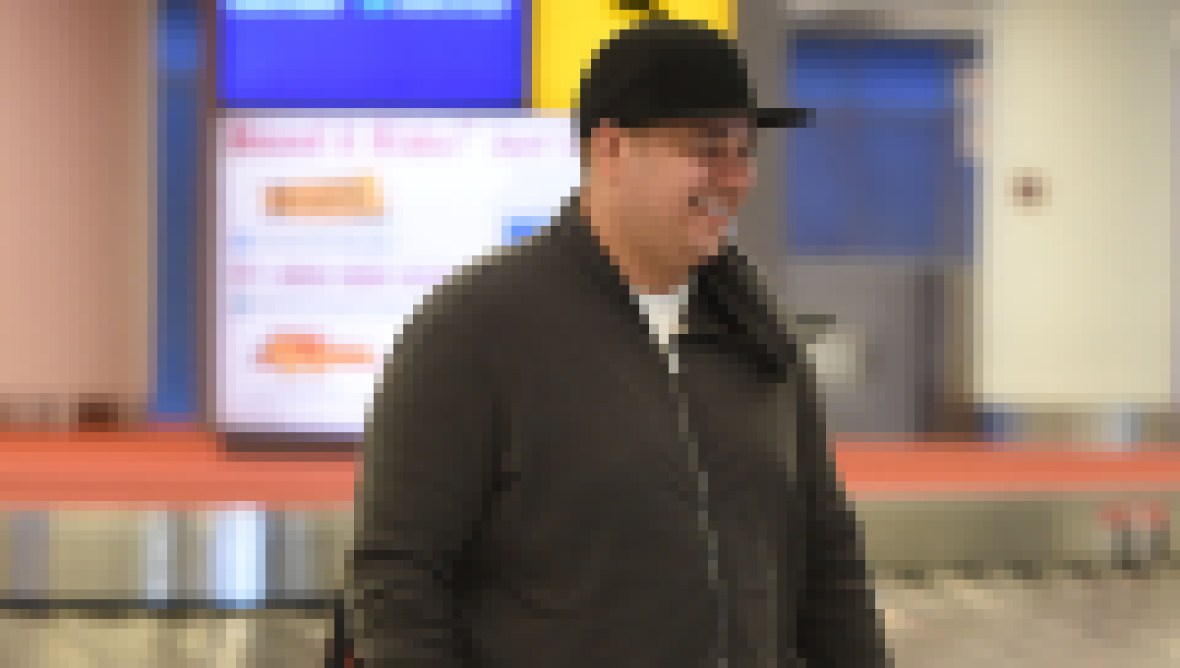 “He looks like he is on a path to better health and it appears that he now weighs somewhere around 250 pounds,” Dr. Sonpal, who has never personally treated the Author George founder, explained to Life & Style.

In addition to Rob’s amazing progress, KoKo is looking better than ever these days. In May, the Good American founder revealed she dieted for months following the birth of her daughter, True Thompson. “I’m around 150. It goes up a little. When it goes into the high 140s I’m like, ‘Woo! It’s the dream,’” Khloé told sister Kourtney Kardashian during a segment with Poosh.com.

KoKo added that she doesn’t necessarily “watch” what she eats. “That doesn’t mean I’m binge-eating bags of chips all day,” the California native clarified. “We have good diets, but I love quesadillas. I love anything True’s eating.”

To learn more about Khloé, Rob and more celebrities who have lost a bunch of weight, scroll through the gallery below!

Jordyn Woods has revealed on a number of occasions that working out is her therapy, particularly after her father, John Woods, passed away in 2017. “19 years old, losing a parent, losing a loved one, is not something you think you have to deal with … there’s no right or wrong way to deal with it. But, it was so triggering for me and my trigger was getting myself to the gym,” she said in an October 2019 YouTube video.

Loving the Skin She’s In!

Since starting her intense diet and fitness regime, Jordyn has lost a considerable amount of weight. In fact, since 2019, the model says she’s dropped 30 pounds.

After splitting from husband, Simon Konecki, Adele became inspired to get into shape. “When Adele was married to Simon, she let herself go and lost confidence because she felt so unglamorous,” a source exclusively told Life & Style. “That’s why she’d go to extreme measures to avoid being photographed by paparazzi.”

“With the split came other big changes. Instead of sitting at home feeling sorry for herself, with the help and encouragement from friends, Adele took on a whole ‘New life. New start’ approach,” the source continued.

Khloé Kardashian worked out five to six days a week to tone her post-baby body. She eats more protein, fruits and vegetables, as well as fewer carbs.

We’ll Have What She’s Having

With the help of breastfeeding and a healthy diet, the reality star was able to drop an impressive 40 pounds in 2018 and has lost even more since.

Ready for a Change

Mariah Carey reportedly had gastric sleeve surgery back in November 2017, according to Entertainment Tonight.

On a High Note

The songstress is “thrilled” with her 25-pound weight loss. “She seems to be exuding happiness and she is,” a source told the site in June 2018. “She has had big changes in her life for the better.”

Mama June documented her journey to health on her hit reality show Mama June: From Not to Hot.

Jonah completely changed his lifestyle to reach his weight loss goals. The actor reportedly gave up drinking, smoking and partying after the tragic death of his brother.

“I spent most of my young adult life listening to people say I was fat, gross and unattractive,” he told Ellen DeGeneres. “And it’s only in the last four years writing and directing my movie, Mid90s, that I’ve started to understand how much that hurt and got into my head.”

Blake Lively opened up about her post-baby body on Instagram in February 2018. “Turns out you can’t lose the 61 pounds you gained during pregnancy by just scrolling through Instagram and wondering why you don’t look like all the bikini models,” she wrote after giving birth to her second child, Inez Reynolds.

The accomplished actress credited her personal trainer for helping her get back into shape at the time. We have no doubt that Blake will be able to do the same now that baby No. 3 is born!

Shannon Beador is on a roll! The reality star launched a healthy, prepared food line with QVC  in April 2018 and ever since, the Bravolebrity looks slimmer than ever.

A Recipe for Success

“With the QVC food lines, I’ve launched a healthy, lower-calorie food line, so I’m in the kitchen a lot trying to fine tune my recipes for more meals, and so I’m eating a lot better,” she told BravoTV. “Diet is key. Exercise is great [too], because you want to tone up.”

Melissa McCarthy oozes confidence and that’s one of the reasons she’s adored. “We have to stop categorizing and judging women based on their bodies,” she wrote via Instagram in 2016. “We are teaching young girls to strive for unattainable perfection instead of feeling healthy and happy in their own skin.”

The actress has been open about her weight loss struggles in the past, but fans think she looks better than ever these days!

An Act of Love

Gordon Ramsay revealed that he worked on his appearance to impress his wife. “I was overweight, 18 stone. I looked like a sack of s–t,” the celebrity chef said during an interview in January 2019.

Since then, Gordon has turned his life around! The Hell’s Kitchen host has competed in multiple Ironman events and continues to show off his slimmer figure.

Director Kevin Smith suffered a sudden heart attack in February 2019 and his doctor told him that in order to live, he needed to lose weight.

Only one month later, he was half way to achieving his goal, and by May, Kevin lost 37 pounds.

Jenna Jameson has put in major work to achieve her weight loss goals. After welcoming her third child, she implemented lifestyle changes which helped her drop 60 pounds.

She’s Sticking To A Plan

Jenna reportedly meal preps and typically sticks to a similar diet. She fasts around 6 p.m. and ends at around 11 a.m. the next morning. In the meantime, she drinks plenty of water and coffee.

Longtime fans of Keeping Up With the Kardashians have seen Rob’s past struggles with his health. Rob would “isolate from the rest of the world and spend days on end eating junk food, watching TV and playing video games,” the aforementioned source said. However, these days, he seems “to have snapped out of it.”

Decades in the Making!

After beginning her weight loss journey in 2009, Kelly revealed she’s lost a whopping 85 pounds and is down to a size 26.