” Happy birthday, Kylie Jenner! The Keeping Up With the Kardashians star turned 23 on Monday, August 10, and her A-list family and friends have been celebrating her nonstop. Despite any possible plans being affected amid the coronavirus pandemic, it’s clear she’s surrounded by a lot of love on her big day.

The Kylie Cosmetics mogul started her birthday festivities on August 6. “Last night, my besties took me to a last-minute early birthday dinner,” the reality babe dished on her Instagram Story with a slew of photos from the fun night. Family friend Harry Hudson was in attendance, and Kylie was treated to a massive, pink cake with a heart-shaped topper that read, “Happy Birthday Kylie.”

The Life of Kylie star had a big year and checked off a few more boxes before ringing in 23. She made a cameo in Megan Thee Stallion and Cardi B’s “Wap” music video on August 6. A few days prior, Kylie Skin launched the Clarifying Collection with some exciting new products, including a lightweight facial oil, charcoal face mask and a clear complexion correction stick.

She’s killing it professionally and at home with daughter Stormi Webster, whom she shares with rapper Travis Scott. The proud mama “can’t help herself” when it comes to “showering” her toddler with “lavish gifts,” an insider told Life & Style.

Kylie even forked over $200,000 to get her sweet girl a pony. “It wasn’t even a birthday gift,” notes the insider. “She just felt like buying her daughter a new pet!” added the insider. With an estimated net worth of $900 million, she definitely has the funds to spoil Stormi.

As far as where her relationship stands with Travis, they have been fueling reconciliation rumors since their split in October 2019. The parents were seen looking “like a couple” while “sharing a hotel room” during a weekend getaway in Montecito, California, with Stormi on July 17, In Touch reported. 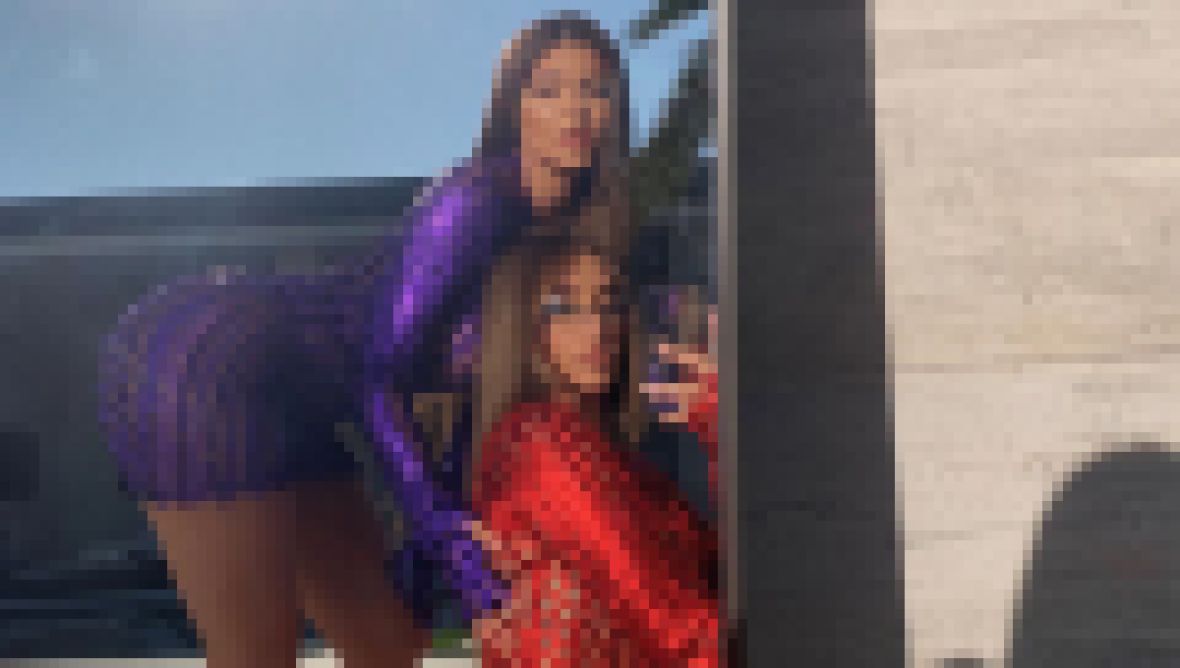 This wasn’t the first time they were spotted getting cozy. The exes spent Father’s Day together on June 21 on the heels of partying together at Los Angeles hot spot The Nice Guy a few days prior.

“They’re just being careful because they have to think about Stormi,” an insider exclusively told Life & Style in February about Kylie and Travis’ reluctance to jump back into a relationship. “They don’t want to get back together and then break up, so instead, they’re taking it slow and trying to work out their differences.”

Whatever happens, we know the future is bright for Kylie. Keep scrolling to see all the birthday wishes from her famous family and friends!

“Happy Birthday to my beautiful baby girl, my youngest child,” the proud mom wrote on Instagram. “Kylie, you never cease to amaze me with everything you do in life … you are the most wonderful daughter, granddaughter, sister, friend and unbelievable Mommy. You are the most thoughtful, generous, considerate, creative, smart and loving girl, and I’m so blessed God chose me to be your Mommy! You have the biggest heart and I’m beyond proud of you!!! Happy birthday to this delicious piece of my heart! I love you!!!”

“How is my baby girl 23?! Seriously how? But oh my goodness hasn’t this been the most spectacular 23 years?! We have the best memories and yet we still have so much life to live!! What an exciting thought! This is just the beginning,” Khloé gushed over her little sis via Instagram.

The Revenge Body host added that Kylie has a “heart of gold” and being her sister has been “one of the greatest blessings.”

Khloé continued, “Your love, humor, generosity, confidence, empathy, charm, strength are just a few things I love and adore about you!! You motivate me and keep me in awe of you. We are all so blessed to have you. Luckier to be inspired by what an incredible mommy, sister, daughter and businesswoman you are.”

“Love you, amiga. It’s been beautiful to see you grow,” the reality babe’s close pal wrote on her Instagram Story. “You’re such a beautiful person and an amazing mommy.”

Kendall shared a slew of photos of her and her sister via Instagram to celebrate Kylie’s birthday.

What better way to celebrate Kylie’s birthday than with a sale? Kim shared a few posts about her KKW Fragrance collab with her billionaire sister.

Later in the day, she took to her feed to write a sweet message, too. “My baby @kyliejenner Happy Birthday!!! I can’t believe you are 23 years old!!!! The funniest and most loyal person on the planet! Looking for pictures and finding so many funny memories makes me so happy! I love you beyond what you could imagine!”

“Happy birthday to my angel baby,” Stassie wrote to her BFF on Instagram. “I couldn’t imagine my life without you. you are truly one of the most genuine humans I’ve ever met and I feel so lucky to have our friendship. you have such an amazing soul and I’m so grateful that our paths crossed over a DECADE ago, you are my sister for life and I have your back for life ❤️❤️ (ps. we are currently sitting with each other taking shots and I wouldn’t wanna be anywhere else) my twin forever.”

“Happy birthday to a very special person that always puts everyone else first,” Zack Bia wrote on an Instagram Story to honor his friend. “I hope today you feel all the love back.”

“Happy birthday Kylie Jenner!!!” he wrote on a series of pictures of them together on Instagram Stories. “You inspire us all every day.”

Kylie’s longtime pal and former assistant gushed over her amazing qualities. “Happy birthday to this selfless human! Your heart is so big and pure. I love you so much,” Victoria wrote.

“Thank you for always having my back and for being the most selfless human I know,” the longtime Kar-Jenner bestie wrote, along with a sentimental black-and-white photo.

“Happy birthday to a legend,” Heather captioned a photo of herself and Kylie from when they were both pregnant.

“Happy Birthday, Kylie Jenner!! It feels like just yesterday we were at your Alice in Wonderland sweet 16! I need people to know how sweet and giving your heart is. You have accomplished so much because you put so much love in this world. And like Khloé said … you still have so much goodness ahead. Love you!” the celebrity hairstylist wrote.

The “Goosebumps” rapper shared three candid photos of Kylie and their daughter, Stormi, and captioned them with birthday cake emojis.