Despite the fact that Kylie Jenner will forever be the baby of her famed family, she has become one of the most successful and famous women in the world all before the age of 25. Between her stunning good looks, business intelligence and maternal grace with her daughter, Stormi Webster, it’s clear that the Keeping Up With the Kardashians star can do it all … and had an incredible transformation!

The Kylie Cosmetics founder started out on her family’s E! reality show in 2007 when she was just 10 years old and turned into a full-on mogul before our eyes. It’s been the norm for her to share many aspects of her life with the public, but the Life of Kylie star previously confessed that “everybody watching” didn’t make it any easier to grow up.

“Nobody knows who I am except family and my close friends. But it is what it is,” the Kylie Skin founder previously told Time in 2015. “People have to be sensitive to – I hate using the word ‘celebrities’ – people in the spotlight. Because there’s so much more than what you see on the cover of a magazine.”

However, she proved her business smarts and brand power by building a nearly billion-dollar empire for herself. The California native’s long-term plans don’t necessarily involve staying in the spotlight forever, though.

“If I could do whatever I wanted, I would have a successful makeup line, and I would want to hopefully start more businesses, and just be, like, a businesswoman, and then, hopefully, I’ll go off the map,” she told Interview in 2016. “When I’m, like, 30, I want to go off the map, have a family and live in Malibu with a farm, and just raise my own chickens.”

That said, Kylie has a lot more going on than her booming career. She gave birth to her daughter, Stormi, whom she shares with rapper Travis Scott, in 2018 and has an active social life with her girl gang that includes Stassie Karanikolaou, Victoria Villarroel and Yris Palmer. 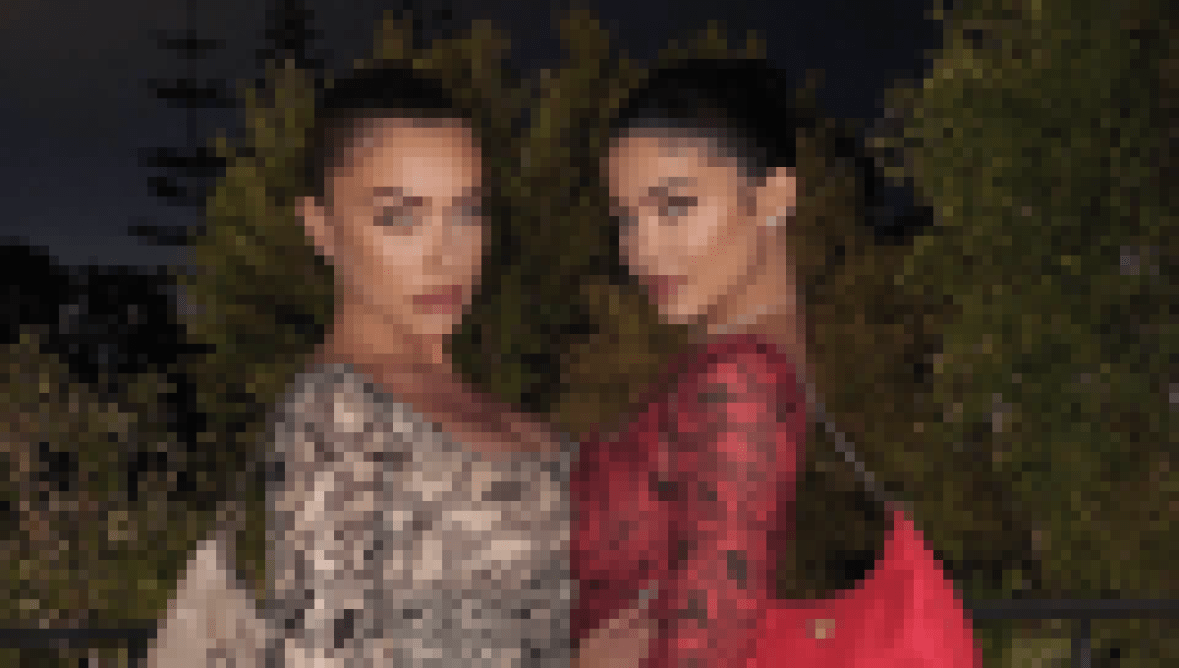 Kylie wasn’t always the model, mogul and mama she is today. That’s right, many moons ago, the KUWTK star was just a spunky little kid growing up in Calabasas. Over the years, however, fans have watched Kylie blossom into an amazing young woman. Oh, and of course, her hair, makeup and fashion sense followed in suit.

Keep scrolling to see just how much Kylie Jenner has transformed over the years!

Kylie’s parents were big fans of matching attire. Poor thing. Loving the pinks bows in her hair, though.

In 2003, Kylie was just your average 6-year-old — which included matching Fourth of July family attire.

Even 8-year-old Kylie knew how to rock some serious camouflage stylings — a look she still wears today! Although, er, were not so sure she’d include the hat. Also, does she have a Dorothy costume on underneath that shirt???

You can spot Kylie’s freckles as clear as day in this picture from when she was 9 years old! She didn’t know it then, but it’s one her many features that fans adore, especially when she goes makeup free.

Ugh, is there anything better than a Kendall Jenner and Kylie KUWTK throwback moment? We miss how inseparable these two used to be — and by that, we mean we miss when they used to beat each other up on national TV.

Slowly but surely, Ky grew into her own. By the age of 11, it was clear that she knew her way around an industry event. Whether her preteen outfit was cute or not? Eh, that’s a different story.

Didn’t we all go through a period of time with bangs that had no business being on our faces? It even happens to reality stars.

Ah, 2010, Kylie’s first year as a teenager. Even at 13, Ky had a baby face, but fans could tell she was developing that Kardashian way about her.

Buckle up, ladies and gentleman. Kylie’s evolution goes into overdrive shortly after she turned 14. Savor this last picture of her with a baby face.

2012 was seemingly the first time Kylie stepped onto the red carpet in something a bit more skin-tight. It was clear she was becoming a woman and naturally, people feared she was going to turn out like her older sisters. TBH, those people sucked.

Sweet 16! By 2013, KJ was a bona fide ~teen celebrity,~ and her fame was quickly on the rise. No, we still haven’t gotten to the lip filler yet. We know you were thinking about it.

“If you can drive a car, you can dye your hair blue!” At least that’s we imagine Kris Jenner told her youngest when she came home with this look. At 17, Kylie definitely developed a sense of fashion. She was just cool, plain and simple, and that resonated with people. Oh, and her social media following was through the roof!

Bam! 2015 rolls around and Kylie becomes of legal age. Yes, this is the year she got lip fillers, but it’s also the year that those uh-mazing KarJenner curves kicked in.

We’re getting closer to modern day, so you might be thinking: “How much can Kylie have changed since 2016?” Hang in there, you’d be surprised!

2017 was definitely a big year for Kylie! Her cosmetics brand was skyrocketing, her social media fame rivaled that of even older sister Kim Kardashian and she seemed happy with her rapper BF, Tyga. LOL. If she only knew what the next year would have in store.

That brings us to 2018, when Kylie was 21 years old. She had split from Tyga and was happily in love with “Sicko Mode” rapper Travis. She also became a mother to Stormi that year! Her style ranged from sleek and refined to total Barbie doll and we still can’t decide which we liked better … that’s how good she always looked!

Kylie was glowing while showing off her maternal side at the August premiere of Travis’ Netflix documentary, “Look Mom I Can Fly.”

She looked like a bonafide A-lister in this Ralph and Russo gown at Vanity Fair’s Oscars afterparty in February.

We can’t wait to see how this not-so-little Kar-Jenner’s look, life and legacy continues to evolve!