Have you been ~keeping up~ with Scott Disick and girlfriend Amelia Gray Hamlin‘s relationship? If so, then you must already know they’re quickly becoming one of Hollywood’s cutest couples!

Scott and Amelia first sparked dating rumors in October 2020 after arriving at a Halloween party in Los Angeles at the same time. Considering the model’s mother, Lisa Rinna, is best friends with Kris Jenner, it wasn’t entirely clear whether or not Scott, who shares children Mason, Penelope and Reign with ex Kourtney Kardashian, and Amelia simply ran in the same social circle.

However, come November, the lovebirds were spotted packing on the PDA at a beach in Santa Barbara. Fast forward to February 2021, and Scott and Amelia became Instagram official. “Why so serious,” the Talentless founder captioned a photo on his IG Story of the pair enjoying a Valentine’s Day dinner in Miami.

Since then, the A-list lovebirds have been photographed multiple times enjoying their romance in the Sunshine State. In fact, Amelia has even met Scott’s kids. On February 19, the E! personality, Real Housewives of Beverly Hills guest star and Mason, Penelope and Reign joined former Kardashian-Jenner BFF Larsa Pippen for lunch in Miami.

Thankfully, the Keeping Up With the Kardashians family is “super supportive” of Scott and Amelia’s relationship, a source previously told Us Weekly. “They really like the two of them together and think Amelia is a great influence on Scott.” 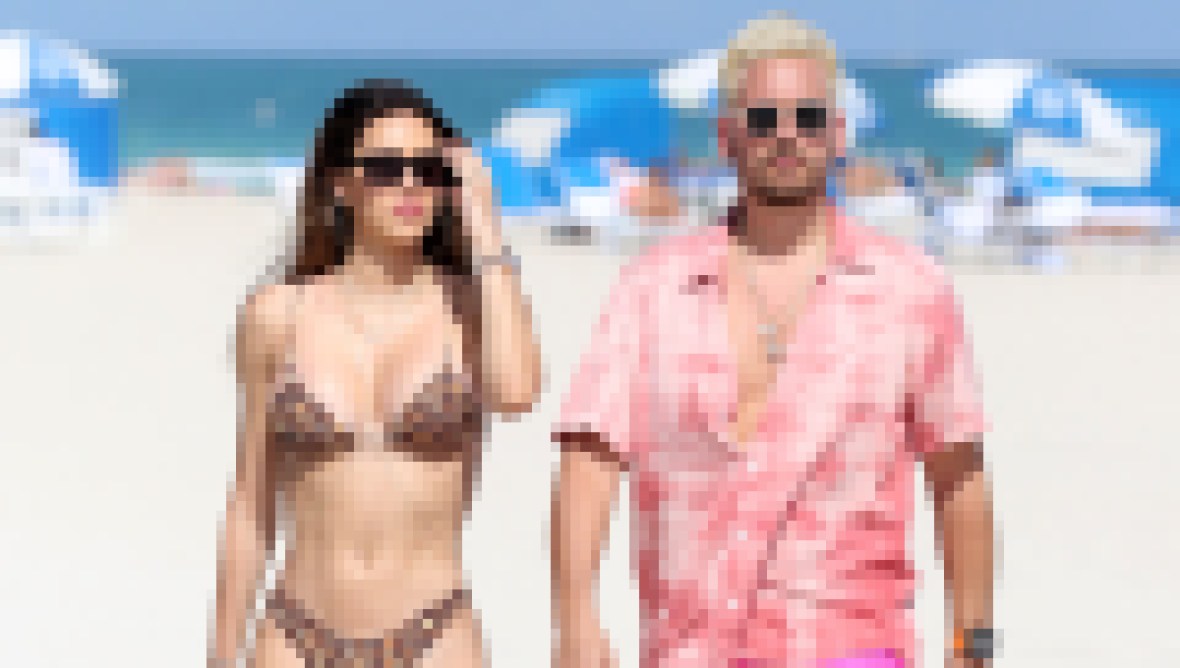 The Flip It Like Disick producer and Bravo personality “are in a really good place,” the insider added. “They have a lot of love and respect for each other, and it shows.”

Prior to Amelia, Scott was with Kourtney from 2006 to 2015. In 2017, he began dating Sofia Richie. The New York native and Lionel Richie‘s daughter dated for nearly three years before ultimately calling it quits in August 2020.

For Amelia’s part, her last notable relationship was with Mercer Wiederhorn. That said, she never addressed their split.

Scroll through the gallery below to see Scott Disick and Amelia Gray Hamlin’s cutest photos so far.

Scott and Amelia always look their happiest soaking up some rays together.

The lovebirds enjoy a high-end meal at Papi Steak in Miami on March 2.

Not only did Scott take his relationship public, but he also debuted his platinum blonde hair.

Scott and Amelia looked so fashionable while holding hands on the beach in Miami.

These two are definitely in the honeymoon stage!

Another Day, Another Look

Amelia looks so smitten with her beau.

Amelia wore a green mini dress to match Scott’s Lamborghini. If that’s not love, we don’t know what is!