Bachelorette star Becca Kufrin’s final three contestants were Garrett Yrigoyen, Blake Horstmann and Jason Tartick. The Minnesota native got engaged to Garrett during the season 14 finale, but the reality pair split after two years together. Take a look back at what happened with her exes and where her guys are today!

After Colton Underwood was eliminated following hometowns, the three eligible bachelors made it to fantasy suite dates. Becca’s connection and chemistry with Garrett and Blake was extremely clear, which meant Jason was the first to go.

The leading lady ended things with the Buffalo native before they had a chance to forgo their individual rooms. “I couldn’t go through with an overnight with him if I know it’s not him at the end,” Becca said in a private interview at the time. Jason was absolutely crushed and even visited the brunette beauty in her hotel room the following day for more closure.

“I was in complete shock. They didn’t show it [in the episode], but the next day, I was a mess, because it all hit me … the reality of the situation set in,” Jason told Entertainment Tonight in 2018. “That moment, I’m in Thailand and I have everything someone could ask for. I have a suite full of all the food and drink I want … and it was one of the most empty moments in my life because I didn’t have my friends, I didn’t have my family and I just lost her.”

Jason is now happily in love with girlfriend Kaitlyn Bristowe, who was the Bachelorette during season 11. They live together in Nashville with their two golden retrievers. He also founded company Restart, which focuses on financial, professional and personal wellness.

Becca’s relationship with Blake, who was a major frontrunner all season, went all the way to a proposal. Their emotional split ended with him sobbing and sweating profusely in the Maldives. “It was a big blindside,” the Bachelor in Paradise alum told People at the time. “I truly thought that if it came down to me proposing, that she wouldn’t say no. I thought what we had was real.” 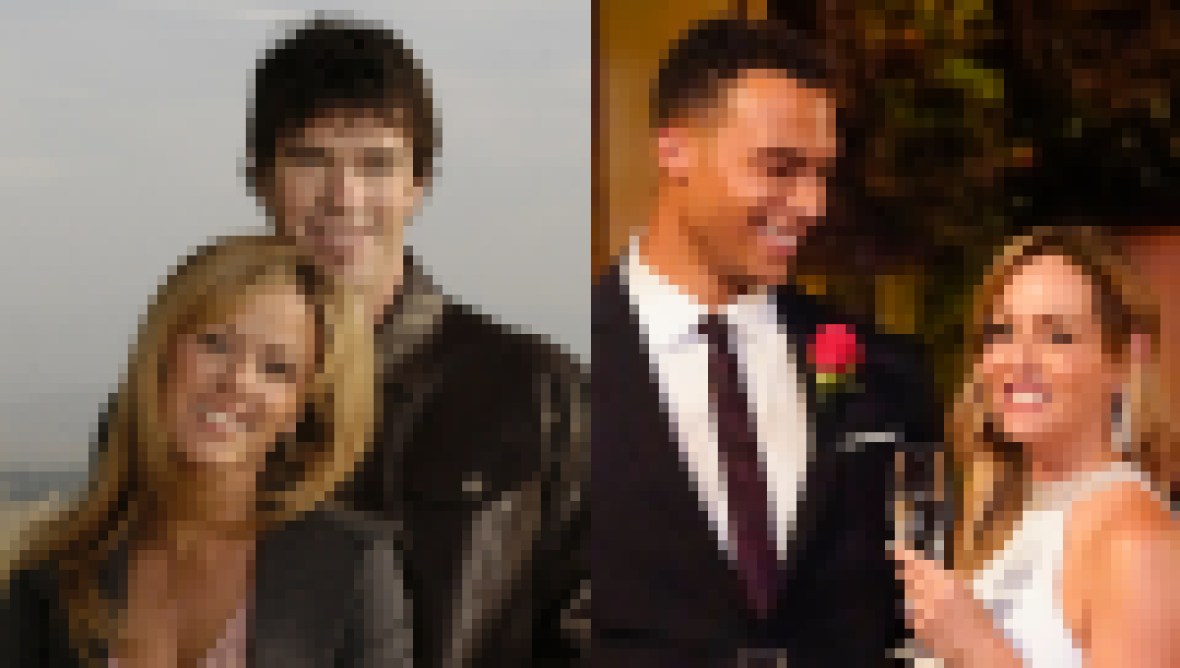 From Trista to Clare! See Where All the Bachelorettes Are Today

Blake revealed in July 2020 he’s “going slow” with a mystery girlfriend following a dramatic stint on season 6 of Paradise, where he left single.

Amid Becca and Garrett’s relationship drama leading up to their split, fans raised their eyebrows when the B the Label designer’s “Bachelor Happy Hour” podcast shared a photo of her and Blake going into a jump hug. The photo was deleted less than two hours later with no explanation.

Finally, there is Garrett. The Bachelor Nation couple weathered a couple of scandals leading up to their uncoupling. In June, the California native received backlash after posting in support of law enforcement amid nationwide protests against police brutality following George Floyd’s death.

Fans had been speculating about their split for months since the two seemingly spent all summer apart. On August 6, a source told E! News that the reality couple officially split. On September 1, Becca broke her silence on the breakup. “After many conversations, we came to this decision. It wasn’t something that we just arrived at one night,” she explained during an episode of her podcast.

“It wasn’t based solely off of one Instagram post or somebody else’s opinions or comments. There’s much more to it,” she assured. “To any relationship, there [are] a lot of layers, and it’s not for me to divulge details. It’s no one’s business other than what I’m telling you right now.”

Since then, Garrett has moved on with girlfriend Alex Farrar, while Becca is single and living her best life.

It’s been a long journey!