From friends to forever! Blake Lively and Ryan Reynolds have been married for more than seven years, welcomed three children together and continue to be one of the cutest couples in Hollywood. 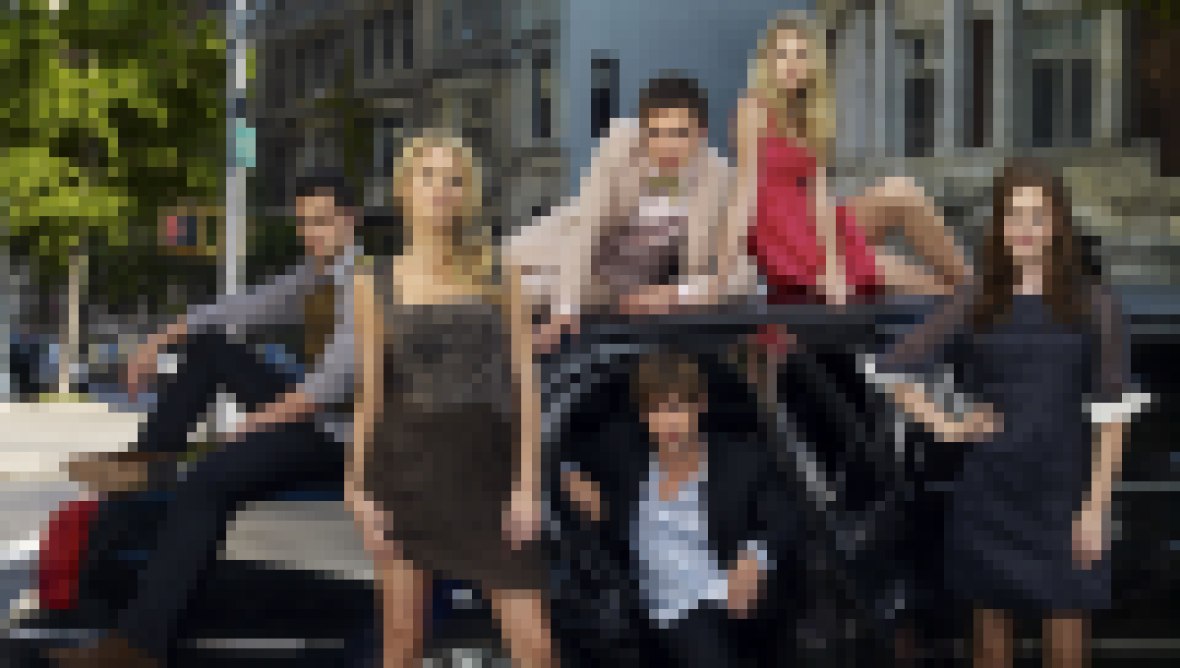 What’s their secret? The pair simply adore each other. “I knew he would always be my best friend for my whole life,” the A Simple Favor actress gushed to Marie Claire about her relationship with her hubby in 2016. “That was the biggest thing to me. I’d never known anything like the friendship that I had with him. I could like him as much as I loved him.”

The pair met while filming a movie and struck up a quick platonic relationship since they were both with other people at the time. “We were such good friends for so long, and we both got to know each other as friends,” the Shallows star explained to Entertainment Weekly. “So, when we were both single, we were still trying to find each other’s [perfect date]. ‘Oh, who would be good for you?’ We’d sit around being like, ‘Oh jeez, do you know anyone?’ And it didn’t click for, I mean, a good year and a half. Like, ‘Oh hey, wait, hold on. We could date!'”

Once they crossed the line from friends to dating, there was no looking back. Ryan recalled the moment he knew he was in it for the long haul. Although he joked with GQ in 2016 that they got serious “after the sex,” he shared a sweet story about an intimate moment they shared. 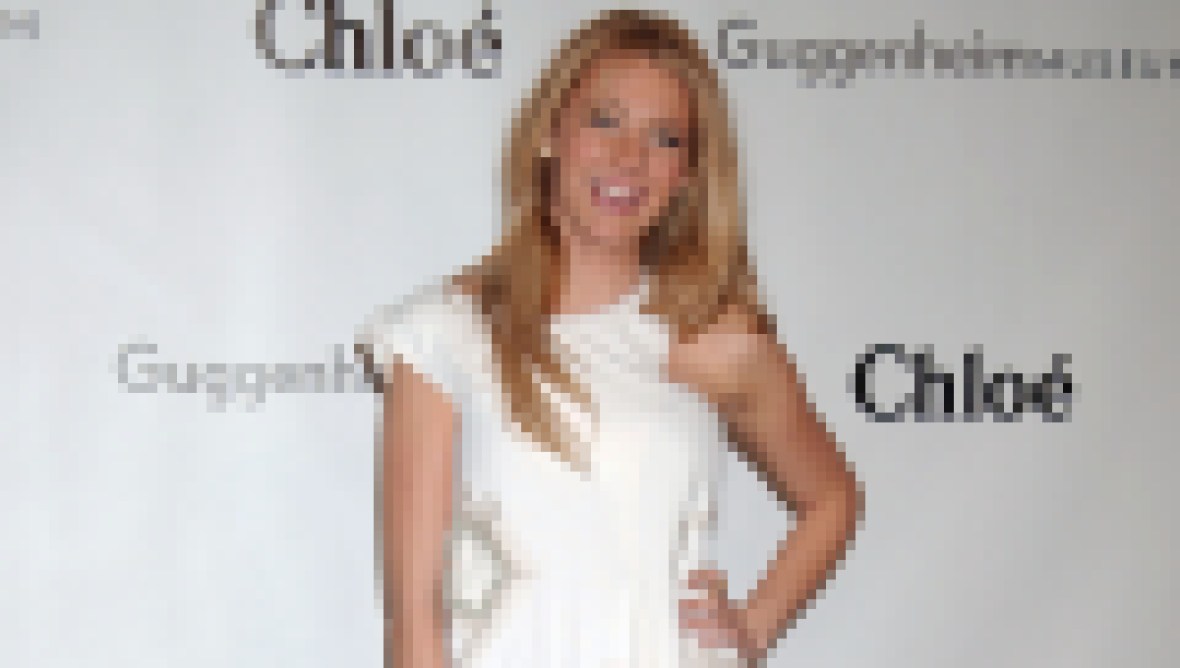 Blake Lively Has Changed Since Her 'Gossip Girl' Days! See Her Transformation

“We were hanging out at this little restaurant in Tribeca that’s open really late, and this song came on and I was just like, ‘Want to dance?’ No one was in there, so it was just totally empty,” the Free Guy actor said. “And it was just one of those moments where halfway through the dance, it was like, ‘Oh, I think I just crossed a line.’ And then I walked her home. And, uh, you know, I don’t really need to go into what happened after that.”

The rest, as they say, is history. Blake and Ryan hit a lot of milestones during their nearly 10 years together, keep scrolling to see their full relationship timeline!

Ryan and Blake starred in Green Lantern together. The pair made an appearance at San Diego Comic-Con to promote the film that summer but were just friends at this point. The Canadian actor was still married to Scarlett Johansson while the blonde beauty was dating her Gossip Girl costar Penn Badgley.

RIP Serena van der Woodsen and Dan Humphrey. News broke that Blake and Penn split after three years together. The A-list pair “kept this news to themselves for a while,” an insider told Us Weekly at the time. “They’re still good friends and hang out on the set.”

Another one bites the dust. Ryan filed for divorce a few weeks after he and Scarlett announced their separation. They were married for two years.
“After long and careful consideration on both our parts, we’ve decided to end our marriage. We entered our relationship with love and it’s with love and kindness we leave it. While privacy isn’t expected, it’s certainly appreciated,” their joint statement read.

Ryan revealed that he was still reeling from his divorce during an interview with Details magazine. “Anyone who gets divorced goes through a lot of pain, but you come out of it. I’m not out of it yet. At all. But I sense that as I do come through it, there’s optimism. How can there not be? I don’t think I want to get married again, but you always reevaluate these things,” he said at the time.
At this point, Blake was rumored to be dating Leonardo DiCaprio. The pair reportedly had a short, summertime fling that was over by the time fall began.

Ryan and Blake did a few press events together over the month. They presented the award for best kiss at the MTV Movie Awards on June 5, and they both attended the preview of Green Lantern on June 15.

Romance rumors start swirling after Blake was seen leaving Ryan’s Boston apartment multiple times.
The Proposal actor has since opened up about their first date. “We were buddies then. I remember it was funny because for about a year after Green Lantern had come and gone and all that stuff, we were both single,” he recalled during an interview with Entertainment Weekly in February 2016. “We went on a double date. She was on a date with another guy, and I was on a date with another girl. That was the most awkward date [from their perspective] probably because we were just like fireworks coming across.”

Getting serious? The gorgeous pair was photographed holding hands in Vancouver while visiting Ryan’s family over the holidays.

Blake and Ryan are seen again. This time, they were in New Orleans — most likely hanging out at the Deadpool star’s country home.

Surprise! Blake and Ryan secretly got married at Boone Hall Plantation in Mount Pleasant, South Carolina. The details about their big day remained hush-hush, but it sounded gorgeous. Their flowers included “pink jasmine, andromeda, dusty miller, and blushing bride hydrangea,” according to Martha Stewart Living, and the bride wore a Marchesa ballgown.

Blake revealed she was in full marital bliss while appearing in the October issue of Allure magazine. “Right now, I’m so peaceful. I’ve never been happier in my life,” she gushed.

The two brought their newlywed love across the pond for a romantic Paris getaway. “They were kissing the entire time,” an eyewitness told Us Weekly at the time. “The locals said hello, but they were only interested in each other.”

The Age of Adaline star opened up about her marriage during an interview with Lucky magazine. “I was recently asked how my style has changed since I got married, as if I was living under some sort of dictatorship,” she quipped. “I should hope I dress differently at 25 than I did when I graduated high school. I hope I never stop changing.”
That’s not to say her hubby doesn’t have an effect on her. “I’m very lucky to be with someone who has better taste than me. We influence each other in different ways. With film and TV, you don’t see the results for months. Building a home, you get immediate gratification,” she added.

Blake and Ryan solidified their place as Hollywood’s favorite couple as they stunned at the Met Gala.

The Simple Favor actress divulged that she and Ryan have a strong partnership during an interview with Vogue. “Everything we do in life we do together. I get to share my life with the person he’s become, and we get to grow from there,” she said.

Blake dropped a breadcrumb about her future family with Ryan. “He’s my best, best friend. What do you do with your best friend? You do nothing. If I could spit out a litter of kids, I would,” she told Marie Claire magazine.

Blake announced she was pregnant with the couple’s first child on her website Preserve. She showed off her gorgeous baby bump later that month with Ryan at NYC’s Angel Ball.

News broke that Blake secretly gave birth. “The baby came early but everyone is happy and healthy,” a source told Us Weekly at the time.

We have a name (officially)! Ryan confirmed during an appearance on the Today show that their first born’s name is James. “I didn’t want to be the first guy screaming it out to the media, because as we know, little girls turn into teenage girls and little teenage girls sometimes scan through the archives and go, ‘Why did you do that?’” he said.

News broke in April 2016 that Blake and Ryan were expecting their second child after photos are seen of the actress wearing body-hugging wetsuit on the set of The Shallows. The couple welcomed their new daughter, Inez, just five months later.

Despite keeping details about their children extremely private, the family of four made a rare public appearance to celebrate Ryan getting a star on the Hollywood Walk of Fame. “Proud is a pitiful word to describe how I felt today,” Blake wrote on Instagram to celebrate her hubby. “@vancityreynolds The permanence of your impact is undeniable … Always has been, but now we have a fancy [star] to show for it.”

Blake revealed she was pregnant with their third child on the red carpet for Ryan’s film Detective Pikachu. She put her bump on full display in a glittering yellow dress.

Us Weekly reported the couple gave birth to baby No. 3 “two months” prior to the news breaking. Ryan slyly revealed they had another girl via Twitter. “I love B.C. … I want my daughters to experience the same natural playground I grew up in,” he wrote with a photo of him cuddling Blake and their newborn.