Due to the coronavirus pandemic, New Year’s Eve looked a bit different in 2020. That said, your favorite stars — including Vanessa Hudgens, Maren Morris and Priyanka Chopra — still managed to pop some bubbly and kiss the last 365 days goodbye in style!

As it happens, a handful of Hollywood couples share New Year’s Eve as their wedding anniversary. Take Maria Menounos and her husband, Keven Undergaro, for example. 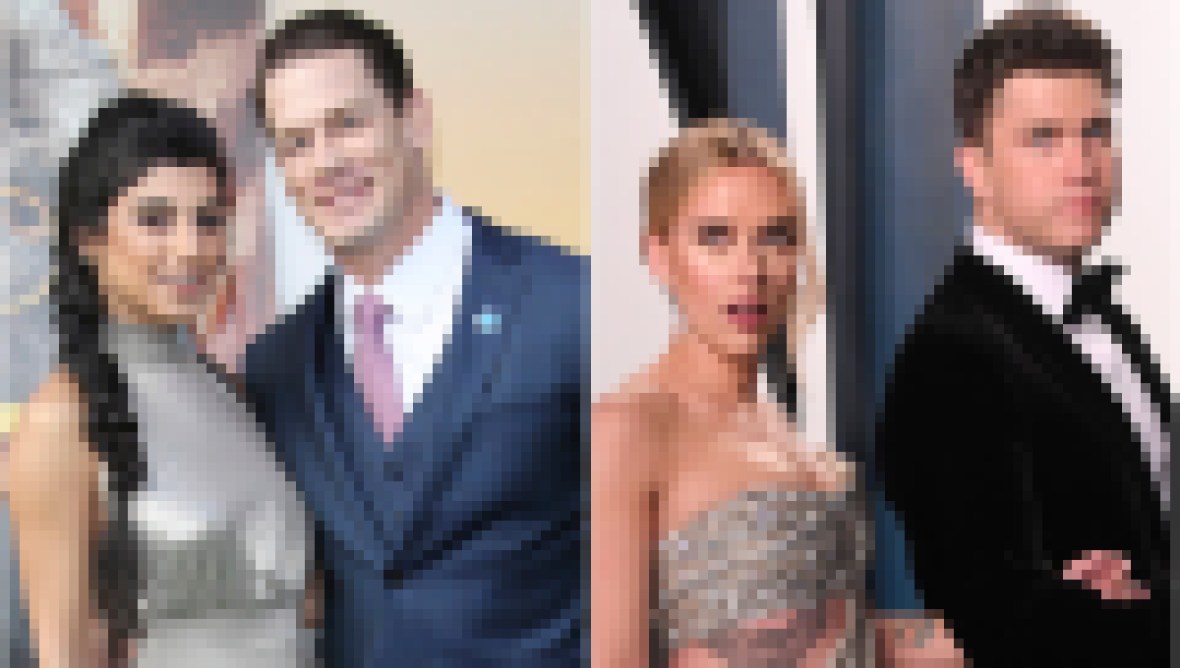 A Year of Love! See All the Celebrities Who Got Married in 2020

In 2017, the former E! News anchor, 42, and the TV producer, 53, said “I do” on live television after the ball dropped in New York City. “I will be the coldest bride ever but the happiest!” Maria gushed at the time.

Unfortunately, we didn’t get to see any A-listers tie the knot this New Year’s Eve. However, you can still look forward to some celebrity weddings throughout 2021. In fact, Gwen Stefani and her fiancé, Blake Shelton, who announced their engagement in October, are “jumping head-first” into wedding planning, a source previously told Life & Style.

“She waited five years for Blake to put a ring on it and she certainly isn’t prepared to wait another five years to walk down the aisle!” the insider continued. “It isn’t going to be easy, but they’ll make it happen.” 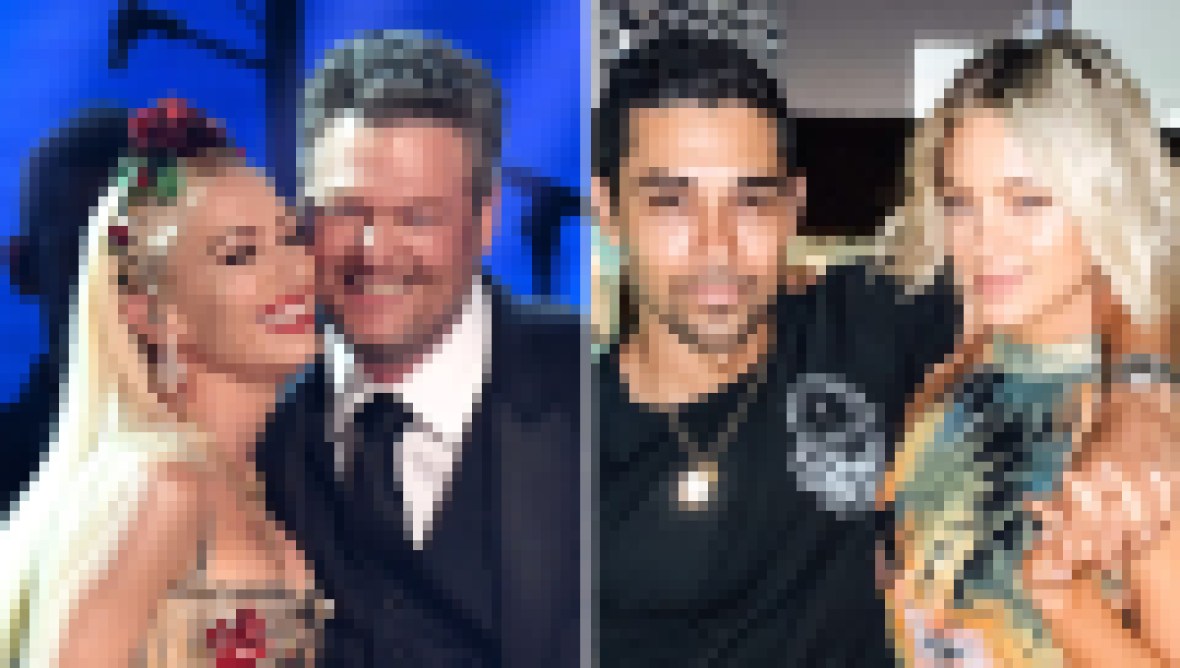 Because of COVID-19, the “Hollaback Girl” artist, 51, and the “God’s Country” singer, 44, are “planning two weddings,” the source added. “The first will be small with family at the house in Oklahoma. That’s when they’ll officially exchange vows. When the pandemic is over, “the big ceremony and party will take place.” 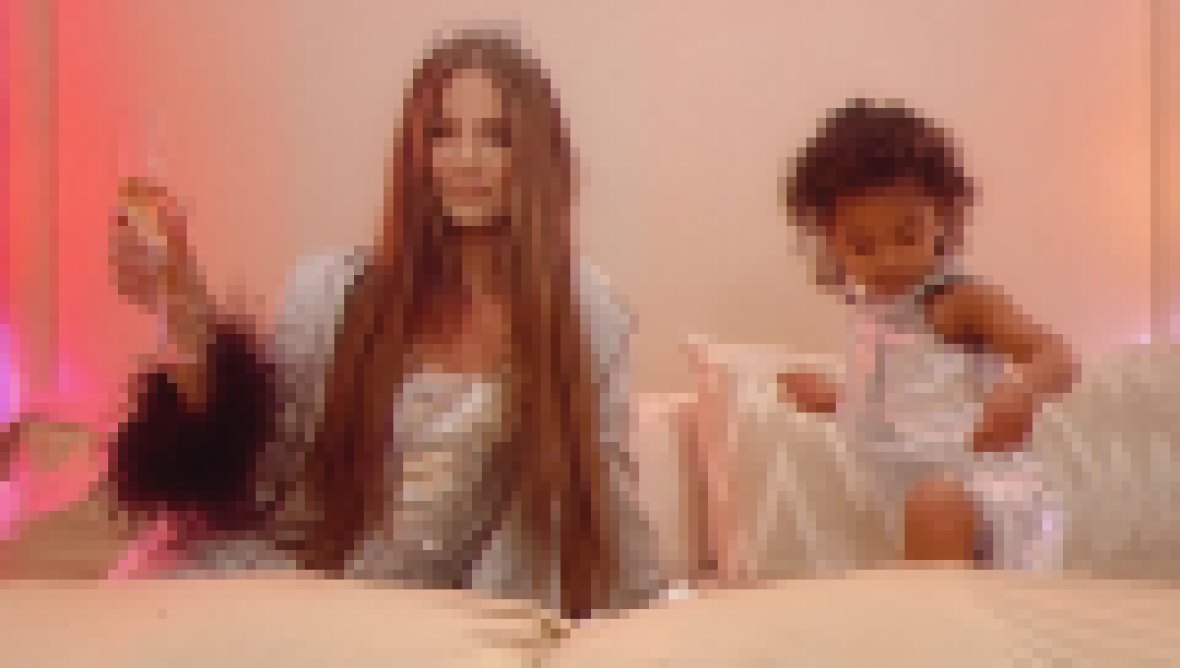 In addition to Gwen and Blake, fans are excited to see engaged couples like Ariana Grande and Dalton Gomez, as well as season 16 Bachelorette Tayshia Adams and Zac Clark get hitched. While it’s unclear when Ariana, 27, plans to walk down the aisle, Tayshia, 30, has a timeline in mind … well, sort of.

“We’re just going with the flow at the moment. We’re just gonna date each other, how about that?” the Bachelor in Paradise alum said during a December 23 appearance on Good Morning America.

Going with the flow sounds like a good mantra for 2021!

Scroll through the gallery below to see photos of your favorite stars celebrating New Year’s Eve.

“Mom and dad wishing you a happy, healthy and beautiful new year blessed with the purest joys and most positive ~*v i b e s*~,” the Cravings author captioned a sweet photo of herself and John snuggled up.

“Sneezing our way into 2021. Tried taking a selfie. Ashley, of course, sneezed. This is the result. Happy New Year from the Haibons,” Jared wrote while sharing this hilarious photo of the Bachelor Nation pair.

“Ringing in the new year with these party animals!!! Happy New Year’s, Bella Army,” the Total Bellas star captioned this picture with her daughter, Birdie, son, Buddy, and nephew, Matteo.

“Happy New Years, my [loves]. Here’s to a bright year ahead,” the High School Musical alum captioned her celebratory post.

“Let’s gooooo! Happy New Year, everyone! Can’t wait for 2021 to hopefully make everything better,” the actress wrote while sharing this sweet selfie with her husband.

“We’re not making it to midnight,” the country singer captioned a photo of herself and Ryan getting the party started early.

“2020 … take a moment and say your goodbyes. Due to an extreme amount of drama, I’ve decided to get rid of 2020 and bring in a new year! Happy New Year, [Bachelor Nation]. “We’ll start it off right Monday night with the premiere of The Bachelor,” the longtime host captioned his post, referring to season 25 of The Bachelor starring Matt James airing on Monday, January 4.

“New Year’s Eve. This year definitely was a rough year for everyone in the world. One good thing this year has brought was our little man Cameron Theo on the way,” the pregnant Jersey Shore star began her heartfelt post. “It also truly made me realize what really matters in this world: FAMILY. I pray 2021 brings nothing but good health, love and positivity to my family and all of my supporters. Happy New Year. Love, the Buckners.”

“Just a couple with matching jackets [and] beanies (tuques). If [you’re] Canadian and coffee-ready to bring in the New Year with our friends and family!! Hope to see [you] there, it’s [you’re] last chance,” the “Lonely” singer captioned an outdoor selfie with his wife, Hailey, promoting his virtual New Year’s Eve event.

“NYE plans: Dressin’ up cute … for me, myself and I, and staying inside and safe with my mama and my son. Maybe we’ll think up some whacky and creative new projects for next year. Whatchoodoin’ for NYE? Keep it safe, boo. Lemme know below,” the former America’s Next Top model host captioned a series of fierce selfies.

“Bringing in the new year just how I’d like to spend it — in my house, in my robe, with my friends, minding Covi guidelines (we’re ending our celebration at 9:45 because we have a 10 p.m. curfew). Happy New Year, y’all! I hope 2021 is good to you,” the My Big Fat Fabulous Life star wrote.

“Happy New Year’s Eve, everyone. Be safe,” the supermodel captioned a selfie using a fun filter.

The popular YouTuber partied on a boat in Miami with her friends.

The former Vampire Diaries actress and her boyfriend had a blast goofing around in the snow. “Goodbye, 2020. You were SO last year,” Nina wrote.

“Bye, 2020,” the former Shameless actress captioned an up-close selfie of her pretty makeup and curls.

“Starting it off right,” Scott Disick‘s rumored girlfriend captioned a video of herself tanning on a tropical island.

“2020 trying to hang around a little longer … Me: Happy New Year!! 2021 can’t get here soon enough,” Jordan captioned this silly selfie with JoJo.

“Ringing in the new year at 9:15 with shots of NyQuil and an ice pack. Goodnight. See ya in 2021,” Kaitlyn wrote while sharing this photo collage. She and Jason were diagnosed with coronavirus just ahead of Christmas.

The former Pretty Little Liars actress kept it casual in a bathrobe … and sunglasses, of course.

“Happy New Year, y’all. I know I’m not on here much anymore but I’m so grateful for all of y’all and I wish you nothing but love and joy as we start this new year. Sweet dreams,” the Euphoria star captioned her bedtime selfie.

“The gangs all here,” the “Sucker” artist wrote while sharing this cute selfie with Sophie.

“New Year’s Eve. Movie night. Fire. Cookies,” the season 25 Bachelor captioned a photo of his feet posted up on the couch.

“Here we go, 2021,” the pregnant model, who is expecting baby No. 1 with husband Sebastian Bear-McClard, captioned a series of celebratory photos.

“2021 … let’s have some fun. Grateful for health, family, resilience, grace and these kneeeeees,” Ayesha wrote while sharing a series of sweet snapshots with her husband.

The Poosh.com founder looked fabulous while celebrating at home in a cozy robe, space buns and full glam.

The Skims founder indulged in some fancy caviar.

The Good American founder had a party of two with her daughter, True Thompson.

The cosmetics mogul celebrated in Aspen, Colorado, in a pair of Chanel earmuffs, black turtleneck and classic red lip.

The supermodel stunned in an all-brown leather outfit.