Congrats are in order! A new decade means new proposals, and we couldn’t be more excited for these celebrities who got engaged in 2020 … so far. It’s early in the year, which means only a handful of stars have gotten down on one knee. Be sure to check back later in the year for more.

Congrats are in order! A new decade means new proposals, and we couldn’t be more excited for these celebrities who got engaged in 2020 … so far.

Wilmer Valderrama and Amanda Pacheco were the first couple to announce their plans to tie the knot after the That ’70s Show alum dropped to one knee on New Year’s Day. “’It’s just us now’ 01-01-2020,” the actor’s beloved shared on Instagram with a photo from Wilmer’s beachside proposal. 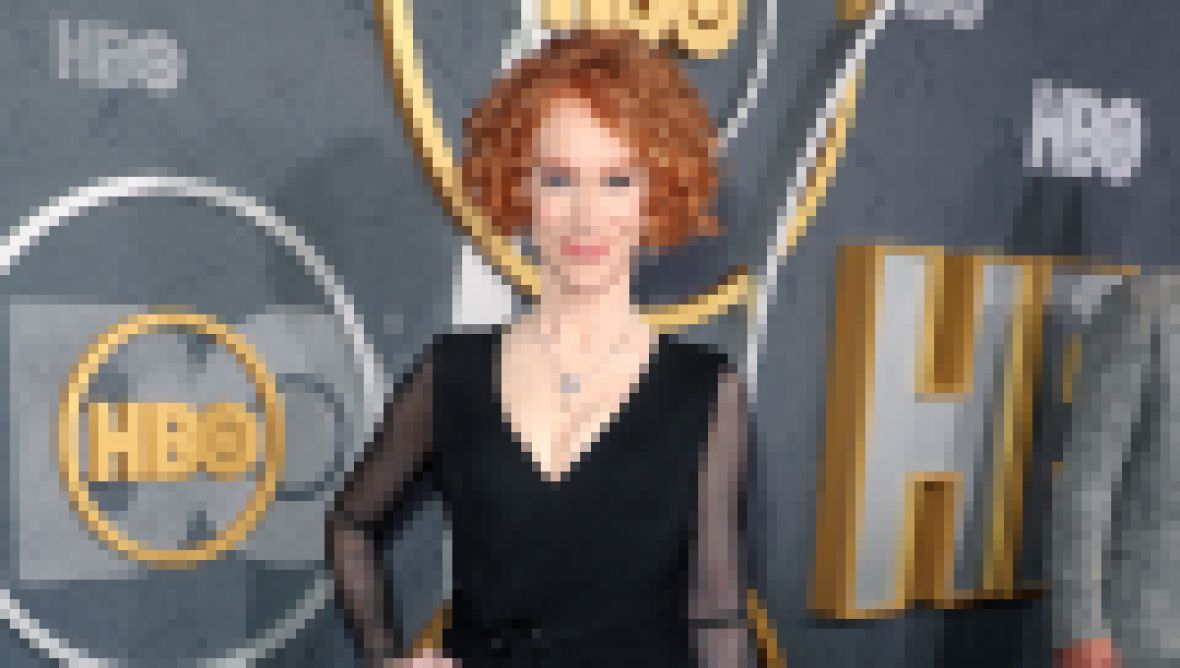 From Big Weddings to Secret Ceremonies: See All the Celebrities Who Got Married in 2020 So Far

Additionally, Nikki Bella and Artem Chigvintsev announced their engagement in January, only to put their wedding plans on hold after Nikki found out she was expecting baby No. 1 mere weeks later.

“When I got engaged, the one thing I would have loved to do was the wedding planning,” the former professional wrestler told Life & Style in April. “But I was so shocked when I found out I got pregnant.”

Explaining the crazy timeline, Nikki said, “I found out literally like less than two weeks later or two weeks later, and it just rocked us. I told Artem, I was like, ‘Artem, we have this baby, we cannot do wedding planning because I just need to wrap my head around, like, I’m going to be a mom in less than nine months!’”

Despite the timing, the E! reality star is thrilled all her dreams are coming true. “You know, when you pray and put it out in the universe, it’s like it all just hit me at once! I always wanted to be a wife and a mom and here it all is!”

Nikki Bella and Artem's Romance Began in the Most Unexpected Way

While most engagements come with joy, others come with a dose of drama. Aaron Carter revealed he and girlfriend Melanie Martin got engaged after only five months of dating and plenty of breakups in between. The pair first began dating in January and heated up quickly considering the former child star got his lady’s name tattooed on his face. In March, Melanie was arrested for domestic violence and was released on $50,000 bond. The following day, Aaron revealed the couple split.

In April, Aaron confirmed he dropped the charges against Melanie and they were back together. They shared they were expecting their first baby only to sadly report they suffered a miscarriage in June. What a roller coaster!

Scroll below to see more stars who got engaged in 2020.

The Emily in Paris actress revealed the One I Love director popped the question with an Instagram post on September 25. “I’ve been waiting my lifetime for you and I can’t wait to spend our lifetime together,” she wrote.

For his part, Charlie posted, “In a time of uncertainty and darkness you have illuminated my life. I will forever cherish my adventure with you. “

The One Tree Hill star revealed he proposed to the Royals actress on September 7 with a sweet selfie captioned “she said yeah.”

High school sweethearts! NFL star Patrick Mahomes and his longtime girlfriend, Brittany Matthews, are engaged. The couple announced the exciting news on Instagram. “My heart is so full! I love this man so incredibly much, and today was so, so special!” Brittany gushed. “Couldn’t imagine this day being any more perfect!” Especially since her ring is estimated to have cost a whopping $800,000. Gasp!

Off the market! Liam Payne is engaged to Maya Henry, Liam’s rep confirmed to Life & Style on August 28. The couple had been dating for two years.

Siesta Key star Madisson Hausburg, 25, and the show’s former producer Ismael “Ish” Soto, 46, are engaged. Madisson dropped the big news during the MTV series’ virtual reunion that aired August 25. She then shared a sweet message via Instagram. “I always imagined that when I got engaged my hair would be perfectly blown out and my nails would be done,” the blonde babe wrote. “But my favorite part of this photo is how raw and real it is. @ishsoto1 loves me exactly the way I am — quarantine roots, bitten nails and all!”

The former Bachelor contestant on Nick Viall‘s season revealed she and boyfriend Joshua are engaged in a sweet Instagram announcement. “You are my everything and I cannot wait to be forever and ever with you!” Vanessa gushed on August 10.

Conor McGregor proposed to his girlfriend of 12 years, the two-division UFC World Champion confirmed on August 8. “What a birthday, my future wife!” he captioned this sweet selfie on Instagram.

Glee star Jenna Ushkowitz — best known for playing Tina Cohen-Chang on the Fox musical hit series — shared a photo of her and her longtime boyfriend, David Stanley, on Instagram while showing off her ring. “Yes, a million times, yes,” she captioned the post.

Flip or Flop star Tarek El Moussa and Selling Sunset star Heather Rae Young announced their engagement after one year of dating via Instagram on July 26.

“She said yes! #FlippingHerLastName,” Tarek captioned a photo of the couple during his proposal.

On July 23, Demi Lovato shared the sweetest engagement announcement, along with photos of Max Ehrich popping the question on the beach. “I knew I loved you the moment I met you,” she gushed on Instagram.

“Two weeks ago I asked my soulmate to marry me and she said yes xx. I am the luckiest man in the world. I promise to be the best husband and the best daddy one day [red heart emoji]. I love you baby xx,” he wrote in his caption on July 11.

The Below Deck couple announced their engagement via Instagram on July 9. “Well folks, it finally happened,” Ciara captioned a series of photos taken during Paget’s proposal.

The E! host and Jordan got engaged on the 4th of July after Dr. Phil McGraw‘s son popped the question.

“Plenty to smile about…” the singer captioned a photo of him and the Rich Kids of Beverly Hills alum on Instagram.

The Scream Queens alum said “YES!!” to her on-and-off lover on June 25. The pair first linked up shortly after the actress’s mother, Carrie Fisher, passed away.

The Food Network star got engaged to her longtime boyfriend on June 20 — her birthday — after four years together.

Despite having a tumultuous relationship, news broke that the high school sweethearts got engaged on June 19. The Melrose Place alum celebrated one year sober on April 2020.

Just four months after finalizing his divorce from 90 Day Fiancé’s Fernanda Flores, Jonathan announced he is engaged to Janelle on June 18.

Dina Lohan revealed her engagement to Jesse Nadler via Facebook on June 17. “We knew we loved each other and couldn’t imagine life without each other,” the groom-to-be told Us Weekly at the time.

The on and off couple revealed their plans to tie the knot on June 12. “Love wins #iloveyou3000 #engaged #fiance #ourlovestory,” the “I Want Candy” singer wrote on a photo of the beauty wearing an engagement ring.

“Guys … wtf has just happened … He bloody did it, and I said yes,” the British singer said on Instagram of the soccer star’s proposal. “I’m marrying my soulmate, the man of my flipping dreams … I am lost for words, so I think I’m just going to go cry some more [Andre Gray] I love you so much. My world is literally complete,” she wrote on May 29.

The Southern Charm alum revealed she and her longtime love decided to make things official on May 23. The pair already share a 3-year-old son, Ascher.

Just 10 months after his wife Beth Chapman passed away from cancer, Dog revealed he was engaged to the rancher on May 4. He believes the two were meant to be.

“A tiny bit of good news in these crazy times … We are engaged!!! @stuartclaxton I am a VERY #luckygirl!!!” the Worst Cooks in America host announced on April 21. She met the Univision ad sales rep on the dating app Bumble two years prior.

Although Wesley planned to ask for Courtney’s hand in marriage under the Parisian lights, their plans were put on hold due to the coronavirus pandemic. Instead, he did the next best thing for his beloved. “Wes brought Paris to me with the music, lights and live cam shot of the Eiffel Tower on our TV. I said yes to my best friend last night and I am over the moon!” Al Roker’s daughter shared via Instagram on Sunday, April 12.

The rapper popped the question to The Real cohost amid the coronavirus pandemic. “I want nothing more than to spend the rest of my life loving you … YES,” Jeannie confirmed on Instagram on April 6. “Thank you, everyone, for celebrating this journey with us. We are praying love over everyone from here.”

She said yes! Jessica Clarke shared a slew of photos on Instagram on March 28 after Ben Higgins got down on one knee. “I don’t remember everything you said, but I know that I said yes. I woke up in a dream today and I get to live in this dream every day from now on (eeeep).”

The Bachelor Winter Games star announced her engagement on February 5. “A day I’ll never forget. We’re boarding a plane as we speak to meet my parents in New Zealand! Looking forward to processing the last 24 hours of this incredible life at 35,000 ft,” the blonde beauty gushed on Instagram. She previously dated Bachelor Nation alum Dean Unglert after meeting on the winter-themed reality dating show.

The model announced she was off the market on Wednesday, January 8, via Instagram. “I have a secret …” she captioned several photos of herself showing off her new bling. “Ringing in 2020 with my new fiancé,” she added.

Bachelor alum Caila Quinn and her boyfriend of two years, Nick Burrello, got engaged after Nick popped the question on Thursday, January 2, Us Weekly reported.

The Total Bellas babe and Dancing With the Stars pro announced their engagement on January 3. “You are the best thing that has ever happened to me. So excited for what’s to come I love you more [than] anything and thank you for saying Yes,” the dancer gushed on Instagram.

The Twilight actor, 46, proposed to the actress-writer, 30, while on vacation in Mazatlan, Mexico, People reported. “Both are beyond elated,” his rep said, “and are very much looking forward to all that the New Year will bring.”