What happened to Abby Lee Miller? The former Dance Moms star is going through an extremely scary health battle after what she thought was just an intense neck pain turned out to be cancer. The reality star — who just got released from prison last month — was diagnosed with non-Hodgkin's Lymphoma earlier this week, and on Saturday, April 21, she took to Instagram to thank her fans for all of their support.

"So much gratitude and love for those who listened, those who looked deeper and those who leapt into action," the 51-year-old wrote in the caption of a hosptial selfie. "So much more I wish I could say… about how quickly your life can change at the hands of others. Thanks for [the prayers and love]."

So much gratitude and love for those who listened,those who looked deeper and those who leapt into action. So much more I wish I could say……about how quickly your life can change at the hands of others. Thanks for 🙏🏻❤️ #abbyleemiller #abbylee #aldc #aldcla #aldcalways #dancemoms #iwilldance

Fans flooded the comments section, sending their well-wishes to the ALDC dance instructor. "I hope that you get better, Ms. Abby! You've been a huge influence to so many, and you're such a blessing. Thank you for all that you do, and I'll be praying for you. Love you so much, please get well soon," one fan wrote, while another commented, "Abby, I am so sorry for what you are going through. You will get through this! So much love sent your way."

Abby's symptoms started after she felt "excruciating" neck pain that doctors originally thought was due to a spinal infection, according to People. She also started experiencing weakness and within 24 hours of her first symptom, she was paralyzed from the neck down. But after more tests, doctors realized that her symptoms were caused by non-Hodgkin's Lymphoma, which is a type of cancer that affects the lymphatic system.

She quickly underwent surgery and is slowly regaining feeling in her body, but she's not out of the woods yet and she will require more medical treatment. "Depending on the tumor type, depending on the sensitivity of the tumor – it just depends the type but I feel more than yes, she will undergo chemotherapy or radiation," Dr. Hooman M. Melamed, Abby's orthopedic spine surgeon from Cedar Sinai Marina Del Rey Hospital, revealed. 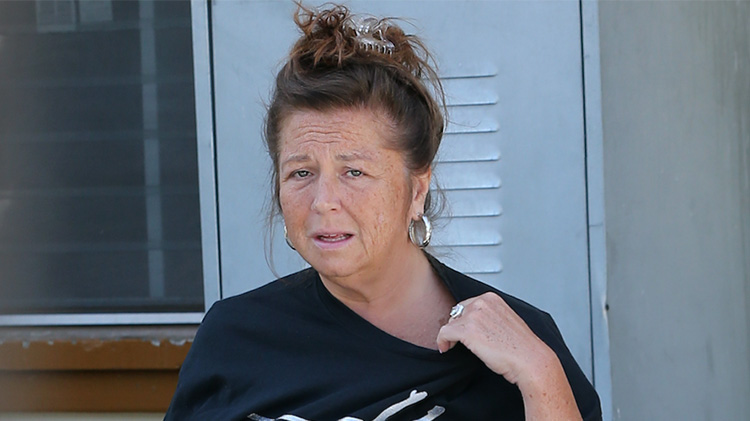