We see you, Kylie Jenner! The longtime Keeping Up With the Kardashians star, 23, showed off her toned tummy while rocking an all-white outfit with fun accessories on Saturday, August 22.

Additionally, the California native added some flirty body jewelry for her night out at celebrity hotspot Delilah. Of course, it’s hardly uncommon for Kylie to step out in an outfit that costs more than most people’s rent. In fact, for her 23rd birthday, the Kylie Skin founder wore a Balmain dress that retails for a whopping $24,595.00. (No, we’re not kidding.)

“While her closets are to die for, there isn’t enough room to fit all the shoes she owns — there are well over a thousand pairs,” a source previously told Life & Style of Kylie’s shopping habits. “She spends at least $300K on fashion every week. She has rooms full of things she’s only worn once.” 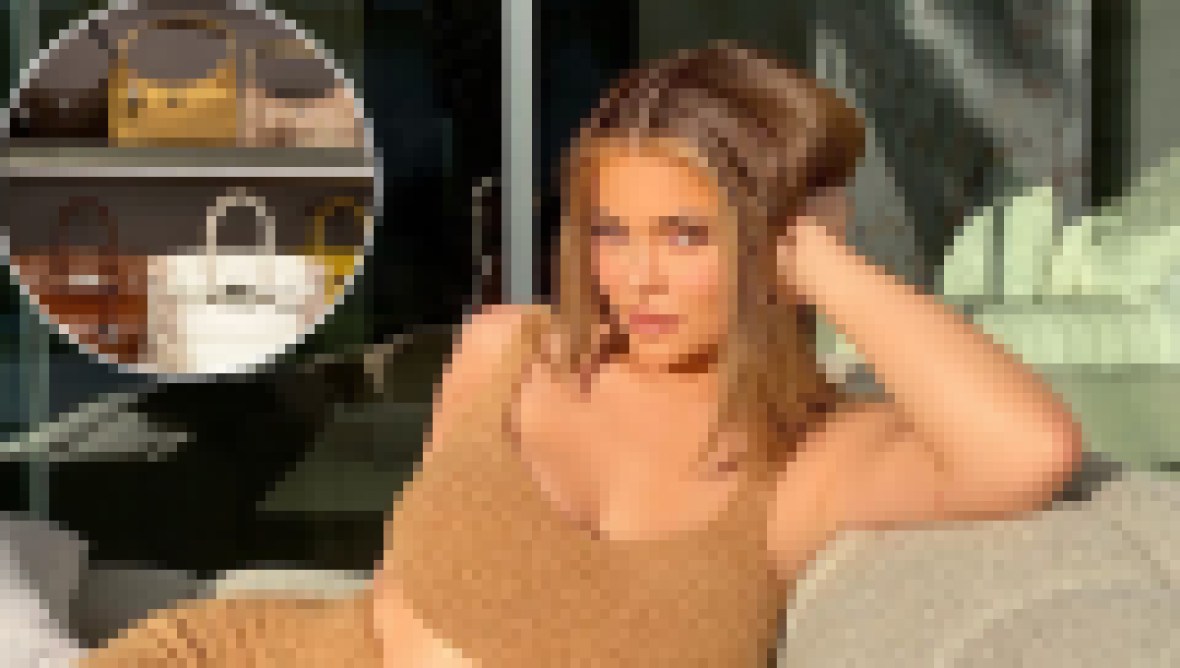 When the almost-billionaire isn’t enjoying the fruits of her labor, she’s spending time with her darling daughter, Stormi Webster, whom she shares with off-again, on-again boyfriend Travis Scott. In October 2019, Kylie announced she and the “Goosebumps” rapper, 28, were taking a break from their romantic relationship.

However, nowadays, it looks like things between them are starting to heat up again. On August 18, Kylie commented a fire emoji on Travis’ Instagram post showcasing his September cover for GQ magazine. In the photo, Travis is shirtless and flexing his muscles … which clearly, Kylie appreciated.

Even if the former flames haven’t been spotted out and about in Los Angeles since June, we’re hoping the “Sicko Mode” artist will tag along on Kylie’s next night out. To see photos of Kylie’s all-white outfit, scroll through the gallery below!

Not too many people can pull off high-heels and loungewear.

This vintage Louis Vuitton shoulder bag with embroidered cartoon mushrooms is everything.

Bringing Back the ’90s

Newsflash: Body chains are back with a vengeance!

Beyond Kylie’s outfit, her long “bronde” hair and bold makeup was the perfect glam for this look.