Aw, this is really heartwarming! Khloé Kardashian announced that she’s expecting a baby boy with boyfriend Tristan Thompson right after the new year, and while we can’t wait to meet the little guy, we also couldn’t help but wonder how her ex-husband Lamar Odom felt about the surprising news. He did believe that Khloe was infertile, after all, since they were never able to have a baby together. So what does he think now that she’s pregnant?

The former baller was surprisingly sweet when asked what he thought in a promo from the new BET show Mancave on Jan. 17. “Her having a baby? I’m happy for her,” he said, with an absolutely sincere tone. “She took care of me, she’ll be a good mother. For real. She’s a great woman.” We might be tearing up just a little bit.

Lamar also still called her his “shawty,” revealing “I still got [her] name still on me — I mean, her initials still on me. For no reason. I understand when it’s over, it’s over.” Then he joked, “When she was with her second or third NBA ball player, I could see that.” Lamar truly seemed to be in good spirits, and he looked healthier and happier than we’ve seen him since his overdose in 2015.

We’re kind of surprised that LamLam is so cool about the whole thing, especially considering the fact that Khloé basically admitted that she hadn’t actually been trying to have a baby with Lamar when they were still together. “I knew the circumstances weren’t the healthiest,” she admitted on KUWTK. “So I just kept pretending I was doing it,” meaning the fertility treatments she underwent to conceive. We totally get why Khlo did what she did, but we’re also glad to see that Lamar isn’t still bitter. Big ups to Lamar for keeping it classy and positive! 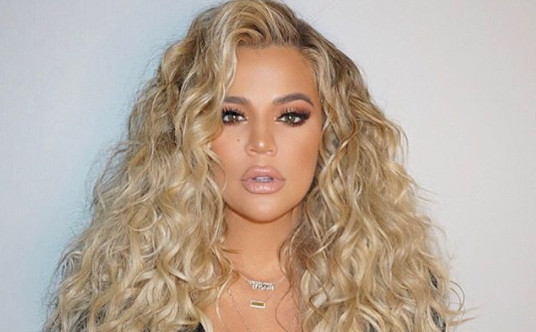 The Kardashians All Live Creepily Close to Each Other — Don't Believe Us? Here's a Map