All of Nicki Minaj’s hard work has paid off!

The hip hop star broke the record for having the most Billboard Hot 100 hits by any female artist — and she celebrated by having a twerk fest with her famous booty on Instagram!

“When [you] find out [you] just became the only woman in the history of Billboard to have 76 Hot 100 Billboard entries,” she wrote in the caption of the bootylicious video clip.

MORE: See What Nicki Minaj Looked Like Before Her Rumored Plastic Surgery!

Nicki bested the Queen of Soul Aretha Franklin, who previously held the title with 73 hits on the Hot 100 chart, Billboard reported. The legendary singer held that reign for almost 40 years, and Nicki tied her record earlier this month with her verse on “Make Love,” a collaboration with rapper Gucci Mane. She surpassed the record with three consecutive hits that debuted on the April 1 Hot 100 chart.

“Man, I tell ya, God said he ain't done showing off yet,” Nicki wrote in a caption on Instagram. “Walked off stage to find out history was made yet again today. [“No Frauds,” “Regret in You Tears,” and “Changed It”] charted this week on Billboard [and] I now hold the title of most Hot 100 entries in the history of Billboard among women of every genre."

"To my fans: I f–king love you guys more than I’ll ever be able to put into words," she continued. "Thank you so much for your unwavering love [and] support. God bless each [and] every one of you.”

MORE: Meek Mill All up in Kylie Jenner's Instagram After Breakup With Nicki Minaj!

It seems like Nicki is basking her monumental career moment, which is extremely welcome after the drama she’s been involved with the last few weeks. After she ignited her feud with Love & Hip Hop star Remy Ma on her verse for “Make Love,” the rapper hit back with a diss track titled “shETHER,” and she tore Nicki apart line by line.

In the track, Remy accused Nicki of getting plastic surgery, slammed her for having a ghost writer write her bars, and claimed that she slept with a number of influential men in the hip-hop industry like Drake and Hot 97 radio DJ Ebro. 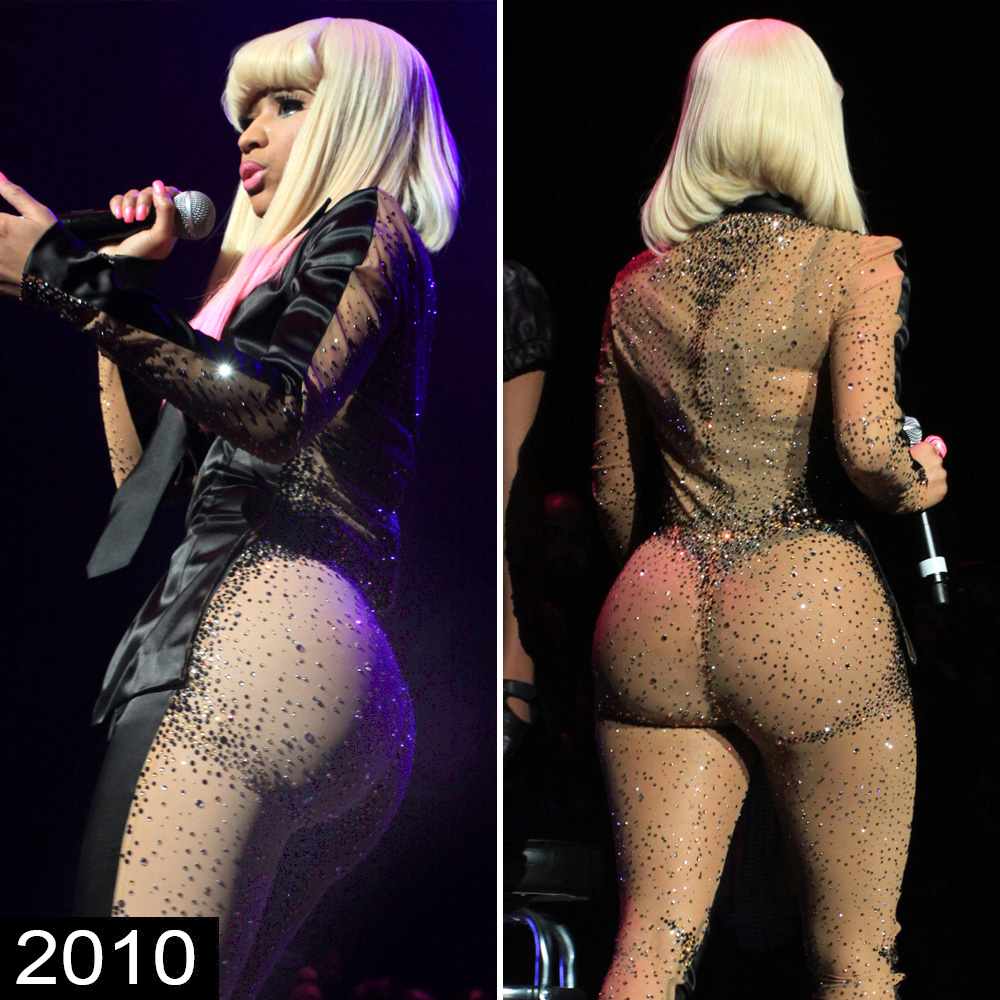 See All the Celebrities Who Have Admitted to Having an Abortion