Too hot to handle! Sofia Richie was hot and bothered over boyfriend, Scott Disick‘s latest Talentless ad. The model shared the photo on her Instagram Story on December 12 with a very flirty emoji.

The couple usually keeps the social media PDA to a minimum so it’s always surprising when the Keeping Up With the Kardashians star, 36, pops up on the 21-year-old’s page. She simply reposted the black-and-white ad from the clothing company that featured Scott looking dapper in sunglasses and a hoodie with a sweating emoji. We know, Sof, your man is hot!

The A-listers have been together for two years and seem to be going strong these days. They recently returned from a trip to Miami where they yachted, ate delicious food and relaxed. A source dished exclusively to Life & Style that the duo simply needed some “couple time” ahead of the busy holiday season. 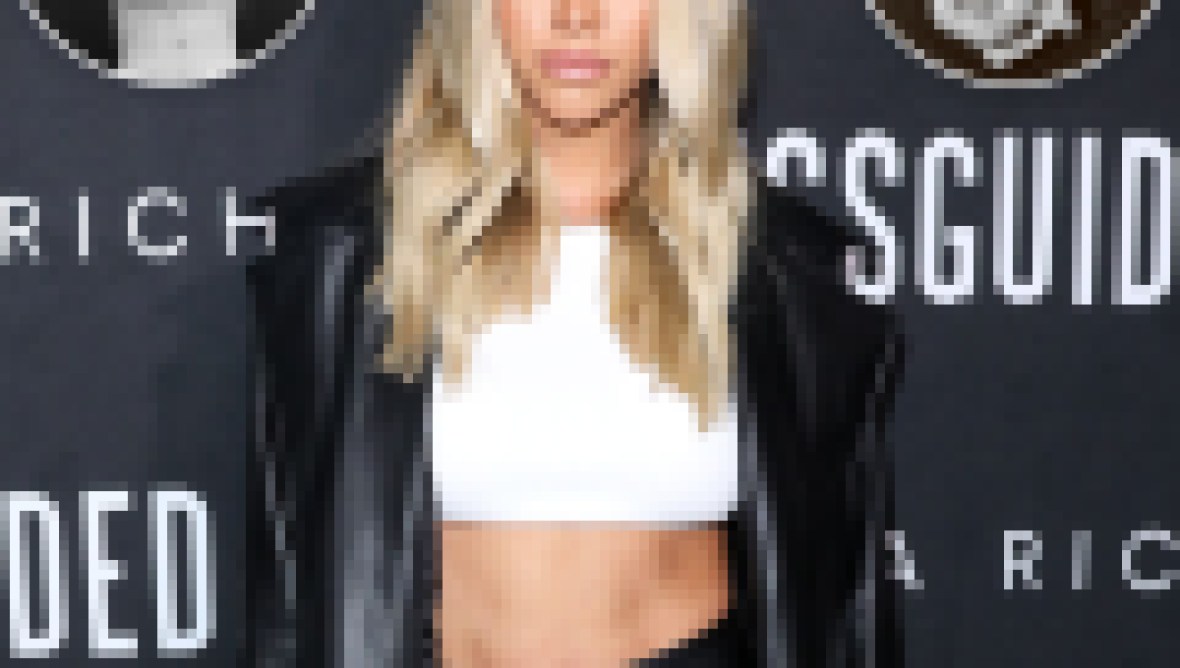 Sofia Richie's Tattoos: A Guide to the Model's Enviable Ink

“Due to their hectic schedules, they haven’t spent much time together over the past month, which made the trip even more special. They can’t keep their hands off each other!” the insider gushed.

The two may be looking for some rest and relaxation, but the Lord doesn’t do anything on a small scale. “When it comes to vacations, Scott goes all out  — they’ve watched the sunset from David and Isabela Grutman’s multimillion-dollar yacht, enjoyed romantic dinners and relaxed by the pool,” the source explained. Sounds like a dream!

Scott and Sofia love Miami and have made multiple trips there during their relationship. No one wears a bikini quite as well as the starlet and the insider noted that she stays disciplined to look that incredible. Yes, even while she’s trying to have fun in the sun. “Sofia works hard at keeping her amazing body in shape … Even when she’s on vacation, she squeezes in a couple of sessions at the gym,” the source said.

Scott and Sofia look like they have a blast together and a separate insider exclusively divulged that 2020 could bring big things for them. “Like most couples, they have their ups and downs, but those close to them wouldn’t be surprised if Scott pops the question next year,” the insider teased. “He’s been saying Sofia’s ‘The One’ for a while now.”

Keep it hot, you two!