Nobody knows how to pull off an office prank quite like Jim Halpert! The Office character has gone to great lengths to trick his fellow co-worker Dwight Schrute– and without fail, we're left in stitches over his brilliant pranks. From incredibly elaborate — like making Dwight think he'd been recruited by the CIA — to effortlessly simple, Jim's tricks never failed to make us laugh out loud. And when he teamed up with Pam, they were all the better. But some of them had us cracking up even more than others. Check out the video above to see our favorite of Jim's pranks from The Office.

There are a lot of things we loved (and still love!) about the comedy, but we have to admit that the show simply wouldn't be the same without Jim constantly playing jokes on his gullible co-worker. And with April Fools Day right around the corner, we're in the market for some good prank ideas ourselves. Now, it might be a little late to start convincing someone you work with that they've been getting faxes from themselves in the future (though it doesn't mean that we're not going to give it a shot), but this show has provided us with plenty of material.

And don't think we're going to let the fact that April Fools Day is a Sunday stop us. After all, we can always draw inspiration from Jim convincing Dwight that it was Friday, not Thursday. Think if we get started now and really commit, we can convince someone that this Sunday is really a Monday and get them to come into the office on April 1st? Hey, it's worth exploring. But for the rest of the week, we know what we'll be doing — rewatching one of our favorite shows so that we're fully prepared to plan the best pranks this weekend. 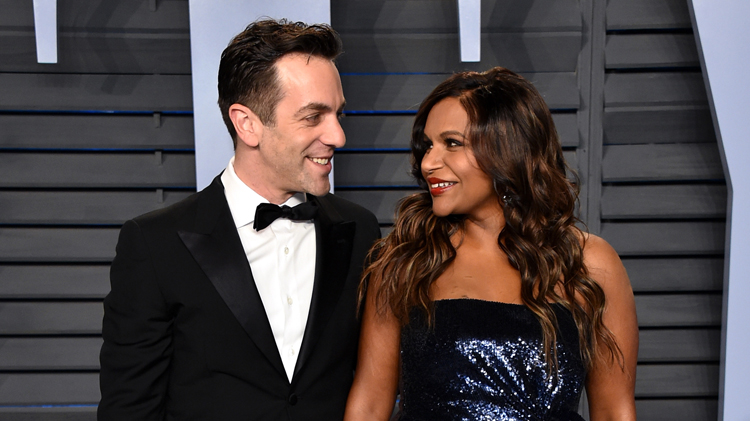 Mindy Kaling and BJ Novak Reunite at the Oscars, Reignite Our Kelly and Ryan Dreams