No shame in her game! Corinne Olympios was unapologetically herself during her stint on ABC’s The Bachelor. Fans will get to relive Nick Viall‘s journey to finding love as the season reairs on Monday, August 31 as part of The Bachelor: The Greatest Seasons Ever, which includes Corinne’s debut on the franchise as season 21’s villain. During her time on the show, she wasn’t afraid to reveal she had a nanny named Raquel.

Corrine, who was 24 years old at the time of filming, gushed over Raquel during her intro package on the season premiere. “She does everything for me,” the business owner said in the episode, which originally aired in January 2017. “Even if I moved out [of my parents’ place], I would have Raquel, like, come to my house.”

The Miami native said Raquel helps keep her “life together” by brewing her coffee, slicing her cucumbers, making “lemon” salad, making her bed and cooking her “cheese pasta.” Raquel was such an important person in Corinne’s life, so it was important that her nanny approved of Nick.

During Corinne’s hometown date, Nick had the pleasure of meeting Raquel in person. “You know I love Corinne very much, like my daughters. I don’t want you [to hurt her] because she is like my daughter. So, I want [to know if] she is in the future married [to] you, what is your intention with her?” Raquel asked during their private chat.

“I mean, I’m really appreciative of those questions because Corinne is amazing. You already know, Corinne is just a fun-loving, sweet person. She’s beautiful,” he said. Even though Nick didn’t directly answer Raquel’s question about his intentions, she still gave him her seal of approval. 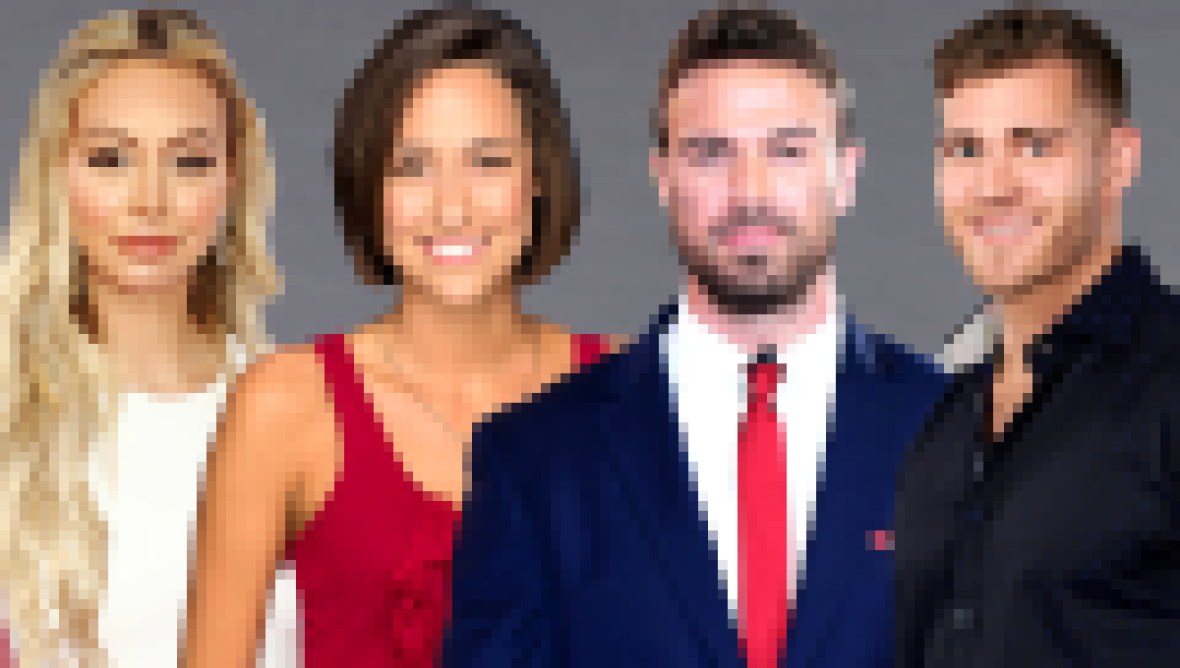 Here Are the Top Villains From ‘The Bachelor’ and ‘Bachelorette’

Despite the fact that her fellow contestants picked on her for having a nanny at 24, Corinne didn’t let it get to her. She continued to open up about her close relationship with her nanny, revealing Raquel helped her family through her mom’s cancer diagnosis.

“Raquel actually works for my family,” the business owner told Ellen Degeneres during an appearance on her show in February 2018. “She’s been with us for 18 years. She moved with us to Florida from New Jersey. She’s kind of like my everything.”

These Are the Only ‘Bachelor’ and ‘Bachelorette’ Couples Still Together — For Now!

She continued, “She raised my sister, she helped my mom through cancer. She’s great. She’s a part of my family. She’s not like my nanny, like my babysitter. Nanny is a word that I use for her because I have a lot of respect for her and she’s kind of a mother figure for me, so I don’t like saying cleaning lady or housekeeper.”

Corinne even came to her nanny’s defense when fans started a GoFundMe page to “free Raquel.”

“This is not a joke anymore someone took this way too far and is trying to make money for themselves,” she wrote on Instagram. “Raquel is not a slave and my family and I treat her like part of the family. Leave it alone already it’s getting old. Grow up.”