They’re dunzo. Ariana Grande and Pete Davidson have reportedly split, according to multiple reports. The couple broke up and called off their engagement over the weekend after a whirlwind five-month romance and engagement.

“It was way too much too soon,” an insider close to Ariana told People. “It’s not shocking to anyone.”

Ariana, 25, and Pete, 24, met in March 2016 when Ariana was a guest presenter on Pete’s show, Saturday Night Live. At the time, they both were in relationships — Ariana was dating her then-boyfriend, the late rapper Mac Miller while Pete was dating his then-girlfriend, actress Cazzie David.

But despite the fact that she was taken at the time, Ariana recently recalled meeting Pete for the first time and she revealed that even though she was in a relationship, she knew that she would end up marrying Pete one day. “I left his writer’s room when we were writing skits for the show and my tour manager was in the hallway — and I’m not like a crush-y person. I don’t have crushes on people I don’t know,” she told Jimmy Fallon on The Tonight Show back in August. “But I left and I like jokingly said to my tour manager, I said, ‘I’m marrying him, 100 percent. I’m literally marrying him.’ We weren’t even friends.”

In May 2018, Ari announced her split from Mac and just days later, she was spotted out with Pete and soon after, they made their relationship Instagram official. Just one month later, reports surfaced claiming that Ari and Pete were already engaged and Pete confirmed the news on Instagram.

But Ariana has been struggling recently after the sudden death of her ex-boyfriend Mac last month. Since his passing, Ari canceled a number of performances and appearances in order to heal and take time for herself. 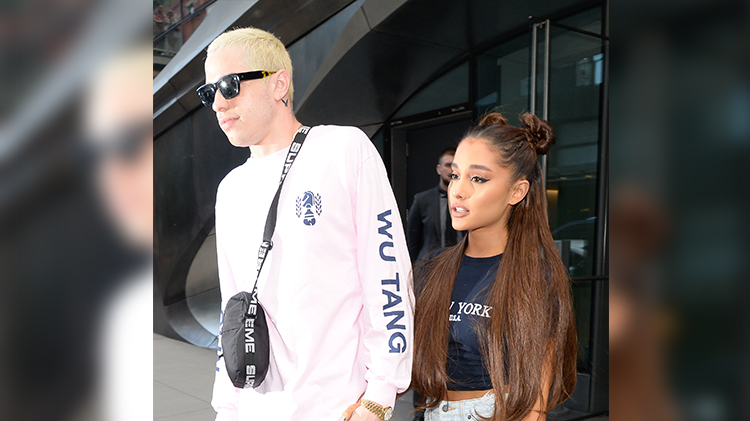 Pete Davidson Joked About His Split From Ariana Grande Weeks Ago — But We Doubt He's Laughing Now!