This sh-t is bananas. Gwen Stefani and Blake Shelton might not be hitched just yet, but that doesn't mean they haven't given it some thought. Gwen chatted with Ellen DeGeneres about the pair's relationship and how often she actually considers tying the knot with The Voice judge. Watch the video above to check out what she said!

And it's not just Gwen who is totally head over heels for the country star. "The kids love him. We love him. Everybody loves him," she said. "He is lovable!"

However, the mom-of-three admitted that opening up about the intimate details of their romance is tough. She explained, "It's weird because I get nervous when you talk to me about him. I don't know why. I just feel like for some reason the cameras are rolling, and I shouldn't say something."

Life & Style exclusively learned that even though they might not be publicly announcing it just yet, Gwen and Blake are planning a wedding in Mexico after taking a trip there earlier this year. The insider spilled, "Blake and Gwen will write their own vows, and they both want to sing a little something that they've written to each other. The lyrics are top secret, of course. Gwen and Blake won't hear what the other has written until the actual wedding day."

@blakeshelton have a good show tonight we r missing u in L.A.❤️ gx

And the event will be completely star-studded. According to the insider, fans can expect some of The Voice judges to make an appearance on the big day including Miley Cyrus, Adam Levine, Pharrell Williams, and Alicia Keys. It's unclear if Ellen will get the invite, but she has already given her blessing. 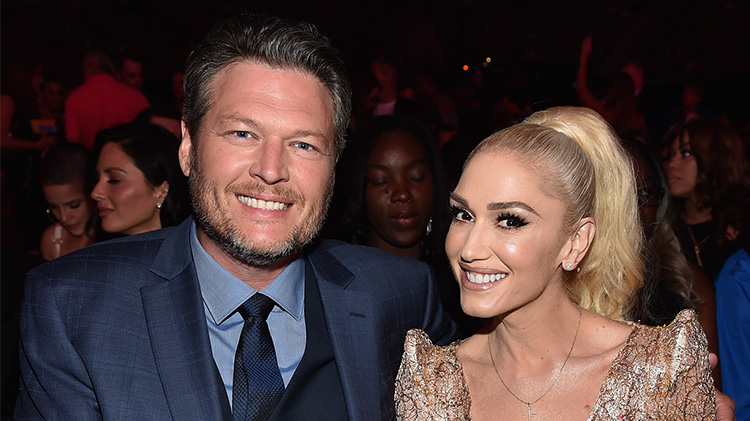