Are things heating up between these two rappers? Fans think all the signs point to “yes.” Tyga, 28, and Iggy Azalea, 27, have been sparking romance rumors ever since they appeared on a Valentine’s Day-themed episode of TRL earlier this year. But now that the maybe-couple was spotted together at Coachella over the weekend, fans are completely convinced they’re really dating

Iggy — who was previously engaged to Golden State Warriors guard Nick Young — was spotted arriving to Coachella on the first night with T. The “Rack City” rapper — who’s a father to son King Cairo with his ex-fiancée Blac Chyna and who also notoriously dated Kylie Jenner for three years— was also caught leaving some sly clues about his relationship status on social media.

Tyga and Iggy Azalea made an appearance together at TRL on February 14.

The most recent clue that eagle-eye fans noticed was that on the first night of Coachella, Tyga posted a photo of women’s Vans shoes, a Louis Vuitton bag, and another designer bag, according to E! News. Later that night, Iggy uploaded a photo to Instagram in which she was showing off a pair of Vans that were extremely similar to the one in Tyga’s post.

Over the past two months, the rappers have been spotted together on numerous occasions — during a business meeting at West Hollywood’s Sunset Marquis Hotel, rollerskating at World of Wheels in LA, and of course, in Melbourne at a concert when Iggy made a surprise appearance on-stage during Tyga’s gig. She gushed over that moment during an interview with Billboard.

“He says [to the crowd], ‘Okay, y’all know I couldn’t come out here without bringing out the queen of Australia.'” She continued, “I was like, ‘Oh, I don’t know. That’s a big statement. Are they gonna be like, “Boo, f–k you, b—h!”?'” But thankfully, they didn’t — and fans are just going to have to wait if Tyga introduced her as a queen because she’s his queen, or if they’re just friends. Watch the video below to see the last time Iggy sparked plastic surgery rumors. 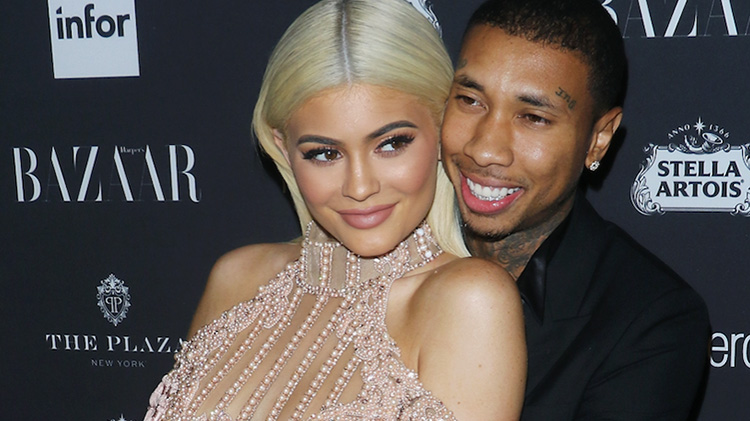