We’re just as confused as you are. YouTuber Trisha Paytas took to Instagram on November 2 — and instead of the normal sultry pics and hilarious banter, the 31-year-old revealed she was getting married in Las Vegas. Plot twist, right? Of course, Trish has been keeping the groom’s identity under wraps … but that doesn’t mean we can’t do a little research. Plus, fans and followers are going crazy trying to solve the mystery.

Upon a bit of ~sleuthing~, Life & Style can confirm there is no official and legal marriage license for Trisha in the state of Nevada. Considering that’s where the marriage took place, we’d expect her to file paperwork there … but that doesn’t mean she didn’t do it elsewhere, like Los Angeles. For now, it seems her trip to the chapel was a bit more on the symbolic side — and that her groom’s identity will remain a secret for a while. 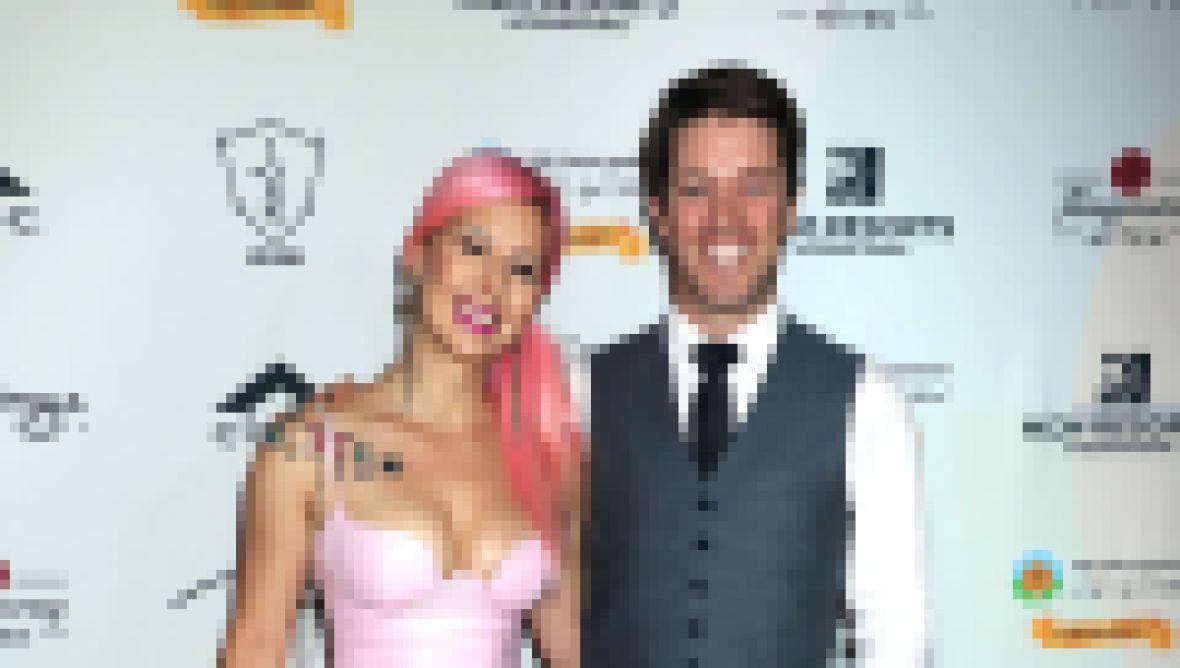 Ring the Wedding Bells! See Which Celebrities Tied the Knot in 2019 So Far

It all started after the vlogger posted a photo highlighting a makeup look she’d created using Shane Dawson and Jeffree Star‘s new makeup collaboration, the Conspiracy Collection. After showing off her painted face, she posted a second photo from the same set, this time with a more interesting caption.

“Also I’m a bride or whatever today,” she wrote, adding the diamond ring and bride emojis. “I’m most excited for the cake.” Naturally, she also included a cake slice emoji and the hashtag “#WeddingGlam.” She also tagged her hair and makeup folks.

After that, Trisha posted a photo with her mom, Lenna Paytas, and her sister, Kalli Metz, in matching bride and bridal party tracksuits. “Wedding Squad,” she captioned the adorable photo of the trio showing off their ‘fits.

From there, the blonde beauty posted photos and a video of a wedding shoutout from magician Criss Angel, who has had a residency in Vegas for many years. “13 years later and I’m still the biggest fan,” she wrote on a photo of the duo on her Instagram Stories after the illusionist got his entire crowd to say “Congratulations, Trisha” while she was on stage during the gig.

Then, the influencer posted a series of snaps from the wedding itself, conveniently cutting her new hubby out of the pics. “11.01.19,” she captioned the images, adding the diamond ring emoji. It seems as though she went on a little gambling date post-ceremony, as she then posted a bunch of shots of herself at the slots.

“Whore turned housewife,” she wrote on a photo of herself with a stack of cash fanned out. “And daddy’s rich.” She added several dollar stack emojis to hammer home her point. Finally, she posted one last shot of her in a pretty bondage-style look in front of an open window in her hotel. “Wifey things,” she wrote in her caption before adding, “Leaving Las Vegas.”

Needless to say, fans and followers across several posts were questioning who the mystery groom was. “WHO IS THIS MAN,” one user asked, while another added, “Can’t wait to see what really happened here.” Plus, a lot of fans threw a little shade Trish’s way. “Sis you work hard for those views, respect,” another user wrote, adding a clap emoji.

Despite the fact that she was recently linked to Aaron Carter and dated fellow YouTuber Jason Nash for two years, some folks are thinking she might be dedicating herself to, well, herself. “She is definitely marrying herself,” one fan wrote, while another chimed in, “Is this one of those ‘I’m marrying myself’ moments? Le sigh.”

Guess we’ll have to wait and see what ~married Trisha~ has up her sleeve.