It feels like we've been waiting forever for this! It was almost a year ago that Beyoncé showed off her newborn twins for the first time in that epic floral photo shoot, and we really haven't seen Rumi and Sir since then. On June 6, Queen Bey and her hubby Jay-Z kicked off their On The Run II tour in Cardiff, Wales, and they made it extra special by sharing some tender family moments with the crowd. Watch the video above to see the sweet photos and videos of the babies!

Believe it or not, Rumi and Sir are almost one year old now. Beyoncé first revealed the cuties on July 13, 2017, with the caption, "Sir Carter and Rumi one month today. ??❤️??????????." That means their one-year birthday is just one week away! The video gives us a glimpse into what that year looked like, as Bey can be seen cuddling the babies in bed, singing to them, and dancing with them around the house. It also appears that Bey and Jay may have renewed their vows with Blue Ivy and the twins in attendance.

While we haven't seen much of the family until now, Jay did give us some insight last January. “We are in a beautiful time now because they are seven months and they can’t move,” he told CNN’s Van Jones. “They can just coo… they just coo and you don’t have to ‘wait, wait, wait, wait.’ You know, they’re not running anywhere yet. We are going to enjoy these couple of months until they start running, and then it’s over.”

On top of sharing those special moments with the twins, Jay and Bey seem more in love than ever performing together on stage. Beyoncé could be seen serenading her hubby with a touching rendition of Ed Sheeran's "Perfect," and we practically melted. We hope we get to see even more of this precious family! 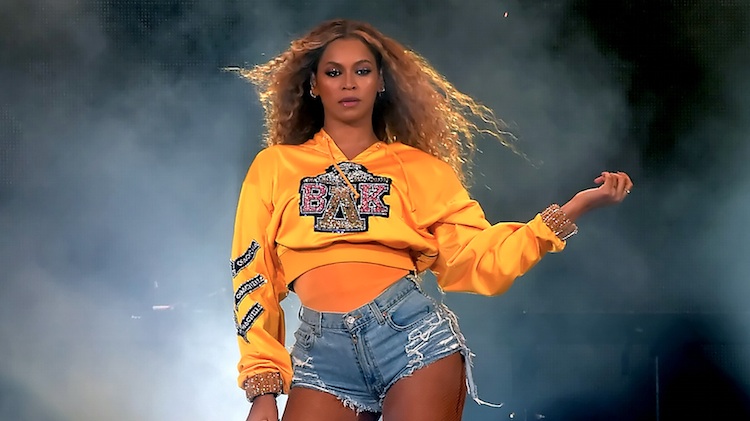 Fans Are Crazy in Love With Beyoncé's Coachella Performance, Which Included a Destiny's Child Reunion!

Beyoncé Will Send JAY-Z to the Left, to the Left If He Cheats on Her Again (EXCLUSIVE)
Video