Considering Bradley Cooper is one of the most famous actors in the world, it’s hard to imagine a time when he wasn’t a bona fide star. As it happens, though, the Oscar nominee comes from pretty humble beginnings.

By humble, of course, we mean his 1999 appearance on Sex and the City. For those of you who haven’t obsessively watched every episode of the hit HBO series (several times) like we have, no worries! We’ll refresh your memory.

Titled “They Don’t Shoot Single People, Do They?” in season 2, Bradley played a guy named Jake. Basically, he comes in at the tail-end of the episode to boost Carrie Bradshaw’s confidence after a particularly awful magazine cover with her face on it gets published. As expected, things go awry and Carrie ends up ditching Jake … and his convertible that he somehow manages to drive around NYC. 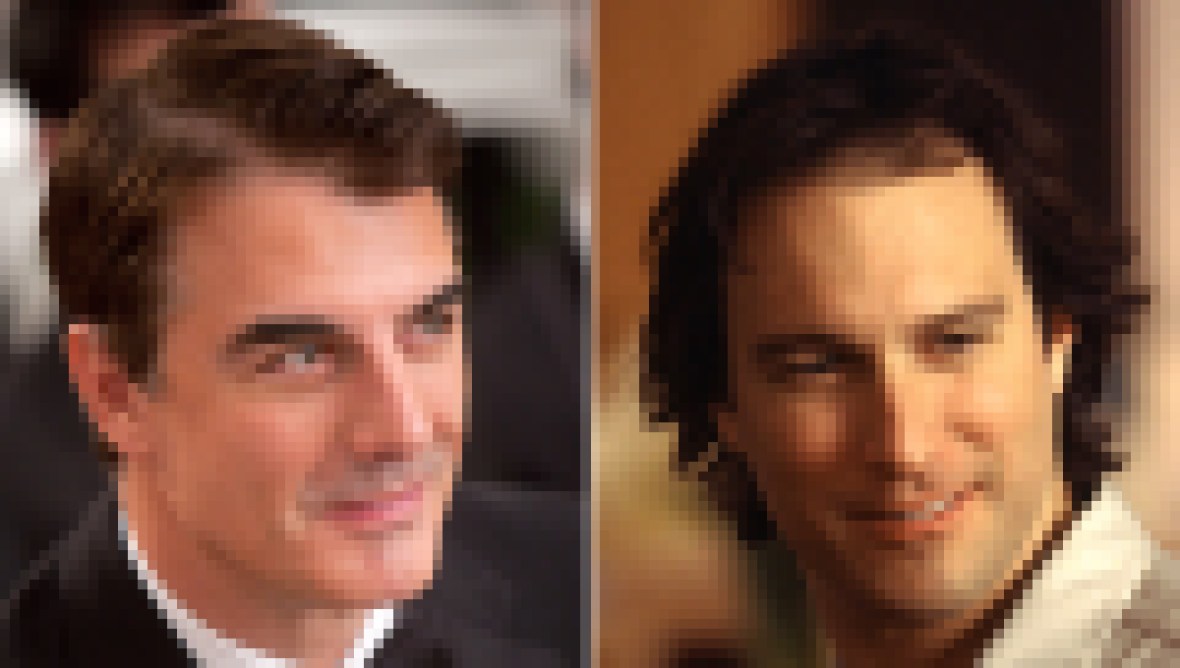 Mr. Big, Aidan Shaw and More! Where Are the Men of 'Sex and the City' Now?

Despite having roughly 10 lines, it was clear Bradley was going to be someone. After playing Sarah Jessica Parker’s brief love interest, he went on to snag consistent roles all throughout the early and mid-2000s.

In 2018, Bradley proved himself as a triple threat after directing and starring in the remake of A Star is Born alongside Lady Gaga. Not only did Bradley play Jackson Maine in the film, but he also sang! His performance of “Shallow” with Gaga at the 2019 Oscars was so moving that fans were convinced the pair was romantically involved.

At the time, Bradley was still dating model Irina Shayk. However, rumors continued to circulate. “First of all, social media, quite frankly, is the toilet of the Internet and what it has done to pop culture is abysmal,” Lady Gaga told Jimmy Kimmel in an interview at the time.

“People saw love and guess what? That’s what we wanted you to see!” the “Poker Face” artist continued. “This is a love song … the movie A Star Is Born is a love story. We worked so hard. We worked all week on that performance.”

Scroll through the gallery below to see photos of Bradley Cooper’s total transformation over the years, as well to learn more about his career highlights!

Here he is! Because it was the ’90s, Bradley’s acting debut came with a cigarette … that he could smoke indoors.

Following SATC, Bradley appeared in a number of TV shows and films, including Wet Hot American Summer, My Little Eye and Bending All The Rules.

Most notably, he landed the role of Will Tippin alongside Jennifer Garner in Alias. Like many Hollywood powerhouses, Bradley’s recurring role on a TV series quickly made him a household name.

During that time, he continued to work on other projects — i.e. Jack & Bobby, Touching Evil and two episodes of Law and Order.

Eventually, Bradley began to work alongside bigger and bigger stars. Who could forget his role in Wedding Crashers with Owen Wilson, Vince Vaughn and Rachel McAdams?

In addition to getting married to Jennifer Esposito in 2006, Bradley also reunited with Sarah Jessica Parker in the RomCom Failure to Launch.

In 2007, Bradley appeared in The Comebacks, as well as began a recurring role on Nip/Tuck that lasted until 2009.

In 2008, the Pennsylvania native landed a role in the Jim Carrey film Yes Man.

In 2009, Bradley’s star power skyrocketed after playing Phil in the first Hangover movie.

By that point, you couldn’t turn on the TV or go to the movie theater without seeing Bradley’s face!

All About Steve, Valentine’s Day, The A-Team, Limitless and Case 39 are just some of his bigger titles from that time.

Even with Bradley appearing in film after film, he had still never been nominated for a prestigious award. Thankfully, that all changed with Silver Linings Playbook, American Sniper and American Hustle.

It may have taken over a decade, but Bradley began acting in films truly worthy of his talents!

Though he’s never won an Oscar, he was nominated for all three of the aforementioned movies.

Funny enough, one of Bradley’s most popular roles didn’t even feature his face! Yep, we’re talking about Rocket Raccoon.

Bradley did voice-over work for the feisty Marvel character in Guardians of the Galaxy Volume 2 and Avengers: Endgame.

Guardians of the Galaxy Volume 3 is currently in post-production and slated to be released in 2023.

According to IMDb, Bradley has a handful of upcoming roles fans can look forward to.

However, due to the coronavirus pandemic, Hollywood has delayed many projects.

Here’s hoping we get to see more of Bradley on the big screen soon enough.