After secretly dating for months, model Cara Delevingne and Pretty Little Liars actress Ashley Benson have finally gone public with their relationship. And they’re already pretty hot and heavy. The pair were “all over each other” at Cara’s star-studded 26th birthday party, an insider tells In Touch magazine, and were even photographed smooching days later at a London airport. Though celebrities are definitely more glamorous than the rest of us, we all know that everyone feels pretty gross while traveling — so if they’re making out at an airport, you know this must be the real deal.

Cara and Ashley, 28, have apparently been hooking up since May but “wanted to keep things under the radar so they could get to know each other outside of the spotlight first,” says the source. Now that the news is out, things are moving fast. “Ashley’s met Cara’s sisters, and she’ll meet the rest of her family next. They’re crazy about each other.”

The news comes not long after the model was linked to Paris Jackson, 20, who she was reportedly seen kissing back in March. Cara’s been open about her “sexual fluidity” for the past few years, starting when she was just 22. “I’m not gay. I am. I’m not. I’m fluid! I like fluid,” she told Glamour in an interview last year. She also talked about dealing with people trying to label her sexuality for her. “Once I spoke about my sexual fluidity, people were like, ‘So you’re gay.’ And I’m like, ‘No, I’m not gay.'”

“Someone is in a relationship with a girl one minute, or a boy is in a relationship with a boy, I don’t want them to be pigeonholed,” she explained. Though Cara’s list of celebrity exes include notable names like St. Vincent, Michelle Rodriguez, and Rita Ora, she’s also been linked to celebs like Harry Styles. Though Ashley hasn’t spoken publicly about her own sexuality, she has been openly supportive of the LGBTQ+ community online.

Whether or not Cara and Ashley are ready to put labels on their relationship — or themselves — we’re definitely rooting for them. This couple is just too cute.

Cougar on the Prowl! Jennifer Aniston Is Looking to Date Younger Men After Her Breakup (EXCLUSIVE) 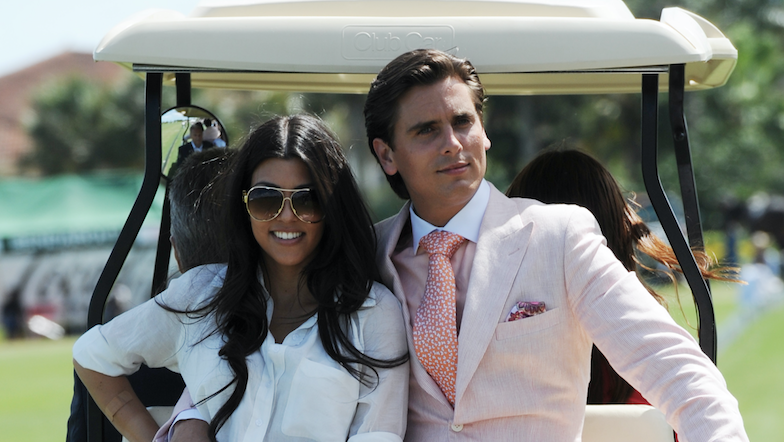 Kourtney Kardashian's Friends Are Worried She's Crawling Back to Scott Disick: "She's Been Calling Him a Lot" (EXCLUSIVE)
Top stories