Is love really blind? That’s what Netflix’s new reality dating show wants to know. On Love Is Blind, hosted by Vanessa and Nick Lachey, single men and women have the chance to meet and fall for each other without ever seeing their partners in person. Only once one of them has popped the question and they’ve agreed to get engaged are they given the chance to finally meet face-to-face. And that’s just where the adventure starts.

In the first five episode of the show, which dropped on the streaming service on Thursday, February 13, fans got the chance to meet 30 men and women all hoping to find the one. But of those 30 singles, only 12 of them found somebody that they just might end up spending the rest of their life with. Six couples ended up deciding that they their forever person was right on the other side of that pod, and they wanted to walk down the aisle together one day. 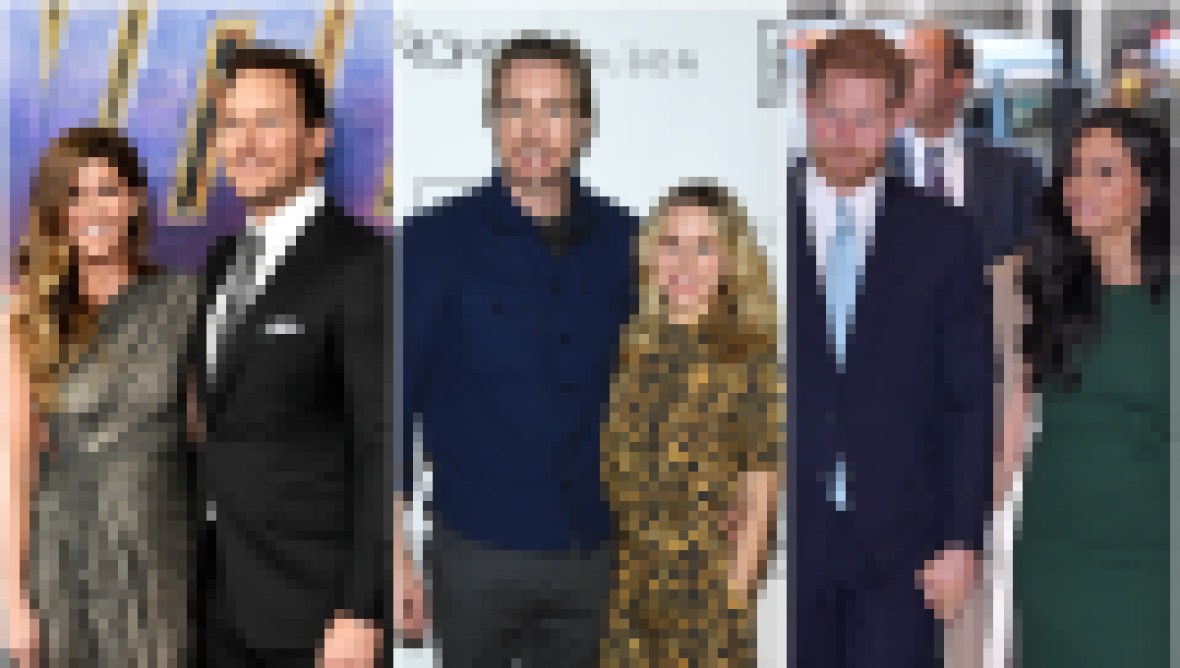 How Our Favorite Celebrity Couples Are Celebrating Valentine's Day

But their love may not last. Some have trouble connecting the voice they spoke to in the pod with the person standing before them, and some have trouble forgetting about the previous connections they made — especially when all six couples are sent to stay at a resort together. Is a few days talking without any distractions enough to know that you’ve met the person you want to marry one day? And what happens when the brides- and groom-to-be leave the pods behind for a romantic getaway where they get to discover what it’s like to actually be a couple?

Things heat up when the couples reach the hotel, and the next ten episodes, dropping Thursday, February 20, and Thursday, February 27, promise that the drama is only going to get more extreme. Once the couples leave their love bubbles — that is, if they haven’t already popped — they’ll have to deal with the real world. Family and friends just might get in the way, not to mention other stressors like jobs and money and the natural annoyances that come with living together.

Check out the gallery below to see the Love Is Blind stars who are hoping to make love last.

At 26, Amber has already lived a full life. After serving in the military as a tank mechanic, she’s now working as a cocktail waitress and waiting to meet the one.

At 27, Kenny is a commercial and architectural lighting consultant. He’s intrigued by the idea that he might be able to build up a meaningful, fulfilling relationship without ever seeing his future bride, and he’s ready to give it a shot.

34-year-old Jessica works in tech sales, but she hasn’t yet met a man with a good enough sales pitch for her. She’s ready to let go of her rigid expectations for who she should end up with and think out of the box.

28-year-old Damian is a general manager at an industrial supply company with a robust social life. Dating, however, hasn’t worked out for him. Can he find a woman that fits perfectly into the life he’s already leading?

Lauren, 32, is a content creator who’s last relationship was long-distance, so she’s used to building up the love through words alone. She’s never dated a white guy before, but she’s open to love with whoever is the right fit.

34-year-old Carlton is a social media and marketing manager. He’s open to find his wife on the show, and he’s hoping to find someone who won’t judge him for being sexually fluid.

Barnett, 27, is an engineer with a raunchy sense of humor. He’s looking to find his Mrs. Right, but he’s not sure yet whether that will be someone who makes him feel safe or someone whose passion burns bright.

At 28, Diamond is juggling making her living as an NBA dancer while studying to become doctor. Between those two gigs, she doesn’t have much time for dating, but she’s ready to settle down.

Mark, 25, is a personal trainer who is ready to find the one. Though he may seem a little young to settle down, most of his friends have already made it down the aisle.

32-year-old Kelly became a health coach after going through her own health journey, but now she’s back in the world of a normal 9-5. With her professional life calming down, she’s ready to focus on romance.

Cameron, 29, is the CEO of his own artificial intelligence company. As a scientist, he’s open to the experience that is Love Is Blind — and he’s hopeful it can work for him.

She may only be 25, but Giannina already has most of the important things figured out. This woman owns her own business and is living her best life — now she just needs someone to live it with.