In tonight’s episode of Jersey Shore: Family Vacation, Mike “The Situation” Sorrentino opens up about his strained relationship with his brother Frank. The reality star, who is currently facing up to 15 years in prison for tax evasion, revealed he does not talk to his oldest sibling, who goes by Maximo nowadays — and the reason why is heartbreaking.

“I don’t necessarily speak to my other brother,” Mike told co-star JWoww on the MTV series. “He’s on Twitter like two or three months ago, saying like, ‘@tmz I have a story for you,’ you know. I can see that s–t… You just don’t do that.” Earlier this year, Mike blocked his brother on the social media platform, prompting Maximo to react. “Really? Why would my brother block me?” he asked his followers. “Very sad how my brother has treated me, thank you for your support.”

Mike, Maximo, and their other brother Marc Sorrentino appeared on Marriage Boot Camp: Reality Stars Family Edition in 2017. Maximo, who came out as gay, struggled with his brothers’ alpha male personas. The siblings’ relationship was also strained by the family’s ongoing legal problems. “The court case we really can’t speak too much about, but that definitely put a strain on the relationship,” Mike told Hollywood Life last year. “It’s something that we really don’t speak about and I have to say at the end of the day — fame, money, TV, definitely put a strain on the family as a whole. You realize that each brother communicates differently. One might not listen, one might be too strong, one might be too soft.”

Unfortunately, it doesn’t look like therapy helped. However, The Situation has made it very clear he supports his brother when it comes to his sexual orientation. “The first time that he had come out of the closet, I bought him, like, a plaque,” he explained to E! Online. “I think it was, like, ‘I’m proud you’re yourself’ or whatever it was. I celebrated the first minute that it happened. I think that deep down inside, he’s not comfortable with it himself possibly. As per the family, the family accepted him right away.”

What did The Situation’s brother Marc plead guilty to?

The Situation’s other brother Marc is also facing jail time for violating federal tax laws. Marc, who has a master’s degree in real estate development, construction and finance from NYU, pleaded guilty to one count of aiding in the preparation of a fraudulent tax return and is facing a maximum sentence of three years in prison. Both are also facing restitution and monetary penalties. Sentencing for the Sorrentinos is scheduled for April 25.

Tune in to Jersey Shore: Family Vacation Thursday nights at 8 p.m. on MTV.

Where Is the Situation's Sister Now? She and the Other Sorrentinos Have Major Life Updates 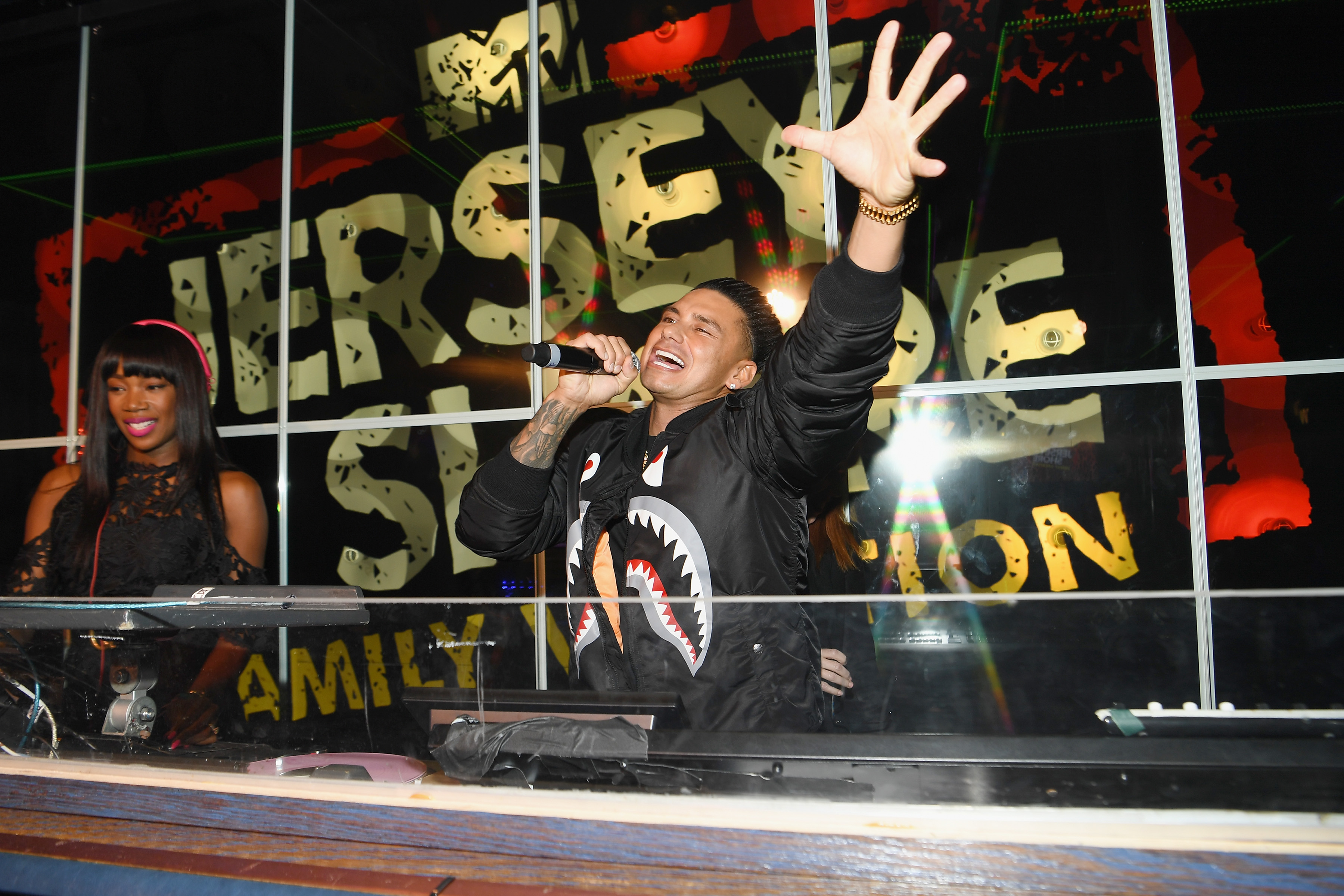 Um, Hello? Angelina Pivarnick Has Talked a Lot of Trash About the 'Jersey Shore' Cast