Very little is known about Casey Anthony‘s brother Lee Anthony in the years since her headline-making trial in 2011, but all we know is that they did not have a typical brother-sister relationship — and Lee played a very big role in the way her trial played out.

Nine years ago, Casey was facing charges in the 2008 death of her daughter, Caylee Anthony, and Casey’s own brother took the stand against her. Lee claimed Casey had kept her daughter Caylee from the family because she was a “spiteful bitch.” He also described the smell in Casey’s car as “offensive” on the witness stand, and prosecutors believed that it was the smell of a decaying body allegedly belonging to Caylee.

Following Casey’s acquittal in the murder of her daughter, she has remained out of the spotlight, but the details of the trial are still being rehashed. Some important details about Lee have also surfaced during and since the highly publicized trial came to an end. Keep reading below to find out five facts about Lee.

He was not invited to Caylee’s birth

Lee was not at the hospital when his niece was born after having discovered Casey was hiding her pregnancy from him. “I was angry,” he said at the time. “I didn’t want to be there… They didn’t want to include me.” 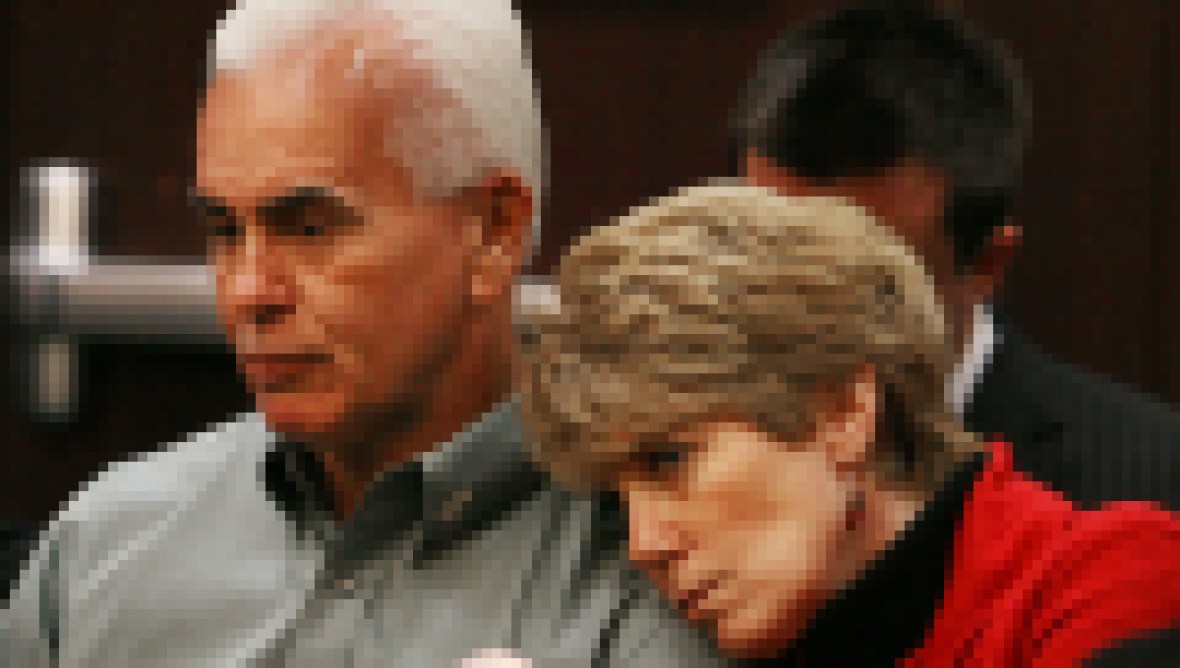 Casey Anthony's Parents: Find Out Where They Are Now

Casey’s older brother initially drove the infamous white Pontiac Sunfire that had stains in the trunk where prosecutors believed Caylee’s body was transported. However, he denied the allegations, claiming the stains were there when the car was purchased in 2000.

In attorney Jose Baez‘s opening statements, he accused Lee and Casey’s father, George Anthony, of molesting the defendant. Casey’s former fiancé, Jesse Grund, also claimed that she was “groped” by her brother, saying, “She told me that at one point in recent years that she woke up one night with Lee standing up over her.” DNA results proved neither Lee nor George fathered Caylee.

Casey and Lee have a strained relationship

The siblings do not keep in touch anymore, and Casey did not attend Lee’s wedding to wife Mallory Parker in 2012. In her 2017 interview with The Associated Press, Casey also revealed she doesn’t talk to her parents either.

“I don’t want to see her, I don’t want to talk to her. I’ve always said that I would never talk to my daughter,” George said in an interview with Crime Watch Daily. “I actually lost my daughter and my granddaughter in 2008.”

Lee Anthony is a dad

The Florida native welcomed son Parker Lee Anthony in 2013. It is not known if Casey has met her nephew or if he has any more children.

Casey Anthony Reveals She's "Not Dumb Enough" to Have Another Child in New Interview!