Say what you want about the Kardashians, but you have to admit their recognizable (and conventionally attractive) faces have all helped them become the megastars they are today. But what if the family of sisters was a family of bros? Would they still be just as famous if they were men? We have a hunch they probably wouldn’t be. To test our hypothesis, we used FaceApp to see what the Kardashians-Jenners would look like if they were men. And yes, we even got their brother Rob Kardashian in on this swapping action to see what it would look like if he was the only sister in the mix. Watch the video above to see the well, rather horrifying results.

And if you thought the Kardashians as burly-looking businessmen were extremely odd, it gets even weirder. FaceApp allows you to use all kinds of filters to change celebrity faces beyond just reversing their gender. You can give them glasses, age them down, and even make them look old, which we did with Kylie Jenner. A glimpse into King Kylie’s future is how we’re looking at it.

Another feature you can try out on the app is make frowning celebs smile. Although Kim Kardashian has admitted that she scowls in pics because she doesn’t “feel like being that girl [who’s] going to be smiling for every photo,” thanks to technology, we can now see how she looks with a pearly grin. Out of all the filters, this one is by the far the creepiest. Kim looks like a different person with those teeth showing!

But if there’s one thing we can learn from all this weird facial tinkering is that the Kardashians are lucky to be women (sorry, Rob!) and that when they grow old, all the girls will pretty much look like Kris Jenner. Isn’t technology great? 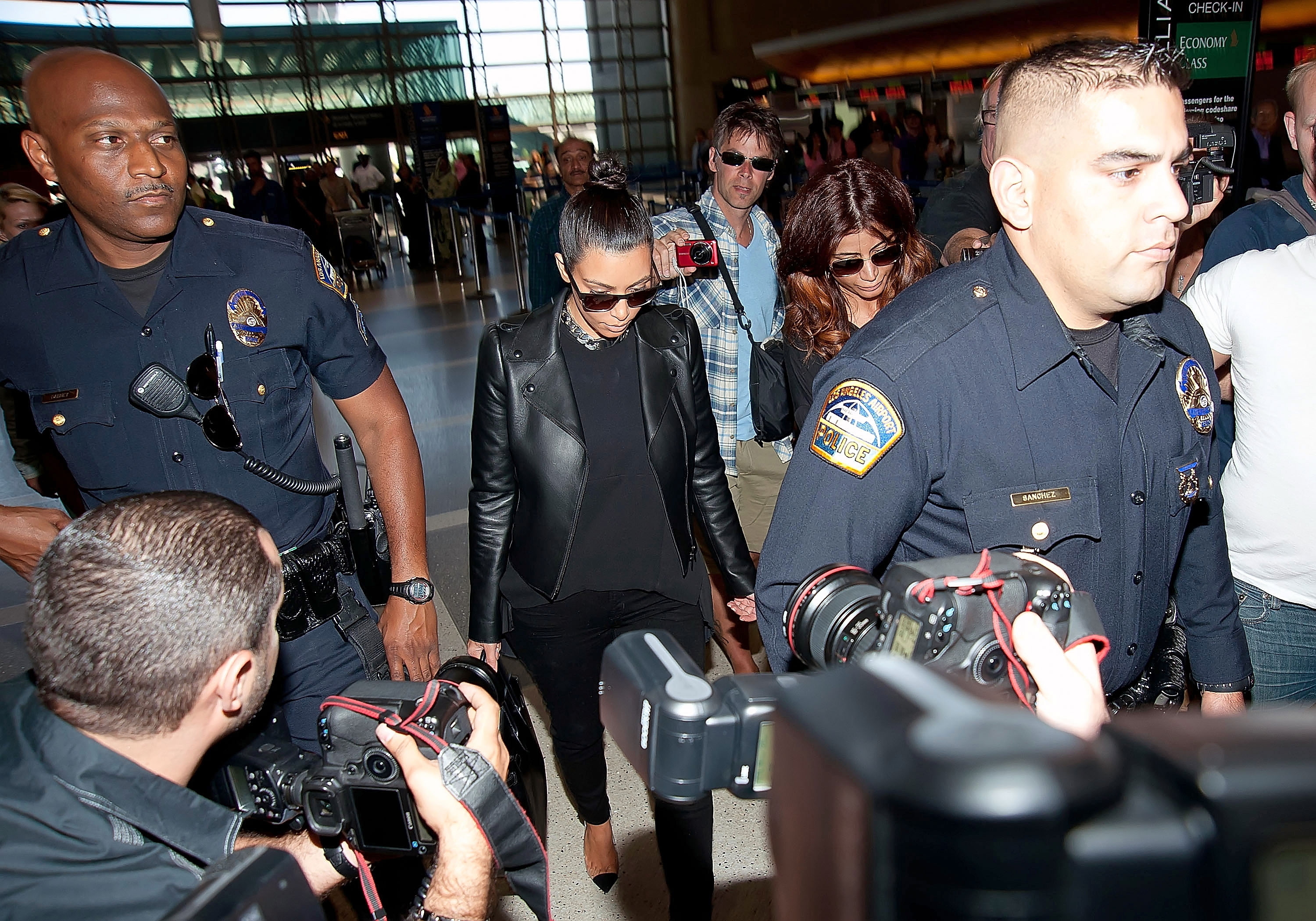