It looks like Tyga and Rob Kardashian are putting their differences aside. The unlikely duo are reportedly teaming up against shared baby mama Blac Chyna to protect their kids following her blowout fight on Easter Sunday. Rob and Tyga both currently share custody with the former stripper — but that may change if they have their way.

"Tyga is demanding changes for King'’s safety after Chyna’s outburst. The latest drama brought Tyga and Rob closer together, and with the help of Kylie [Jenner],Tyga and Rob have been talking about how to best handle Blac’s out of control behavior," a source told Hollywood Life. "They are discussing how to handle things with their lawyers and what their legal options are since they are both in the same spot with Chyna."

The insider continued, "They want more custody or some other court ordered rules in place to insure that Dream and King are never again in harm’s way. Tyga thinks Chyna’s latest actions are ridiculous and he wishes she could be a better role model."

Previously, it was reported that Rob was working with his legal team to, along with custody, keep Chyna's new 18-year-old boyfriend YBN Jay Almighty away from his daughter. According to TMZ, Rob wants the judge to require the rapper to stay away until the couple has been together for more than six months. And that's something Tyga can also agree with.

"Tyga fears what King might be learning from the rapper or what bad habits and foul language King might pick up by listening to him speak," the source explained. "Rob and Tyga haven’t heard anything good about YBN and that scares them. They know nothing about this guy outside of the outrageous videos they see of him online."

In Chyna's defense, she claims she was protecting her kids at the theme park after a stranger touched Dream without her permission. "Being famous is hard enough dealing with scrutiny but when someone feels comfortable enough to come and touch your child it's a whole other story," she wrote on social media following the incident. "I do not condone violence nor am I a violent person but shout out to all the amazing mothers out there that will protect their children at all costs. Love, King and Dream's mommy." 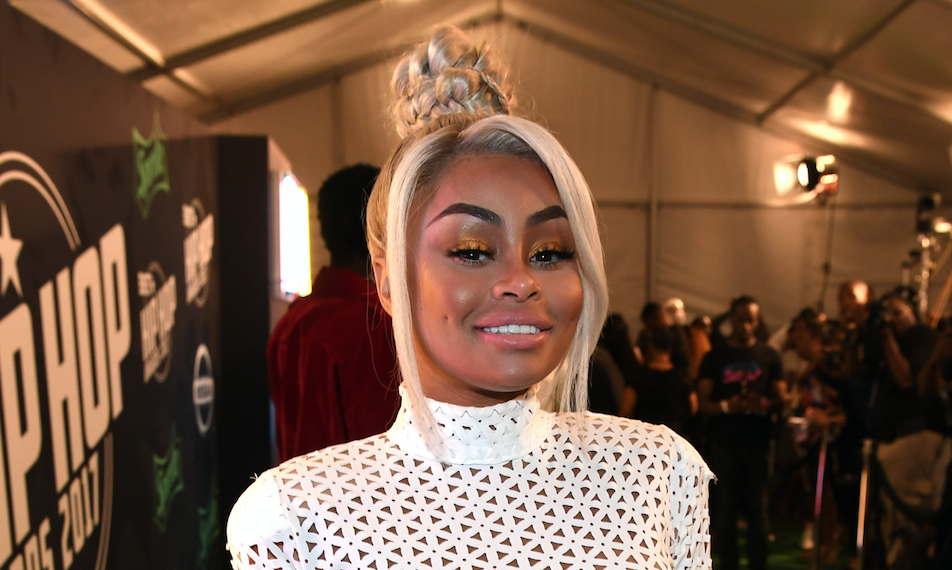