We didn’t know it was our dream for Kylie Jenner to do our gender reveal until right this very moment. The reality star and new mom shocked fans of YouTubers The ACE Family when she popped up on their Instagram to help them reveal the gender of Baby No. 2 on April 8! She was actually the very first person in the world besides Catherin Paiz‘s doctor to know the sex of her second child with husband Austin McBroom, and Kylizzle was the first to congratulate them. But wait… how does Kylie even know the web star family?

One of the greatest moments of life…God has blessed us with another bundle of joy. Now I have three beautiful girls in my life and I couldn’t be any happier. Everyone welcome another princess to the ACE Family 💕 @catherinepaiz @elle

It’s unclear how Kylie originally met Catherine and Austin, but it turns out that they’ve been good friends for quite a while now. As a matter of fact, they were one of the few people that actually knew about Kylie’s secret pregnancy. “Lke five or six months ago we were at our friend’s house,” Catherine explained before revealing that they were talking about Kylie. “She was pregnant at the time and we were talking about how we want to have more kids, and she said in the future when you’re pregnant, I want to do your gender reveal.”

Kylie actually appeared in one of the couples’ videos last year while she was pregnant, but wore a large tracksuit that covered her tummy. She loaned Austin her orange Lamborghini for a sketch where he pretended to let his two-year-old daughter Elle drive. “Bro can you like not film my car?” she joked in the split second appearance last November. Kylie even sent little Elle a beautiful rocking horse as a Christmas gift, which Catherine Snapchatted to her fans.

In a recent video, Catherine said Kylie is one of their “really really good friends.” Kylie even filmed herself talking to the doctor finding out what Catherine and Austin were having before the big reveal. “Whether they have a boy or girl, I’m just happy theyre having another baby,” she said, squealing when she learned the answer.

In the April 8 Instagram reveal, Kylie stood between Catherine and Austin before leading a countdown to the big announcement. They then shot pink confetti out of their guns, revealing that they’re having a second baby girl! Kylie ran up and hugged them, screaming, “God’s plan!” We’re just as excited as Kylie is, and can’t wait to meet the little girl! 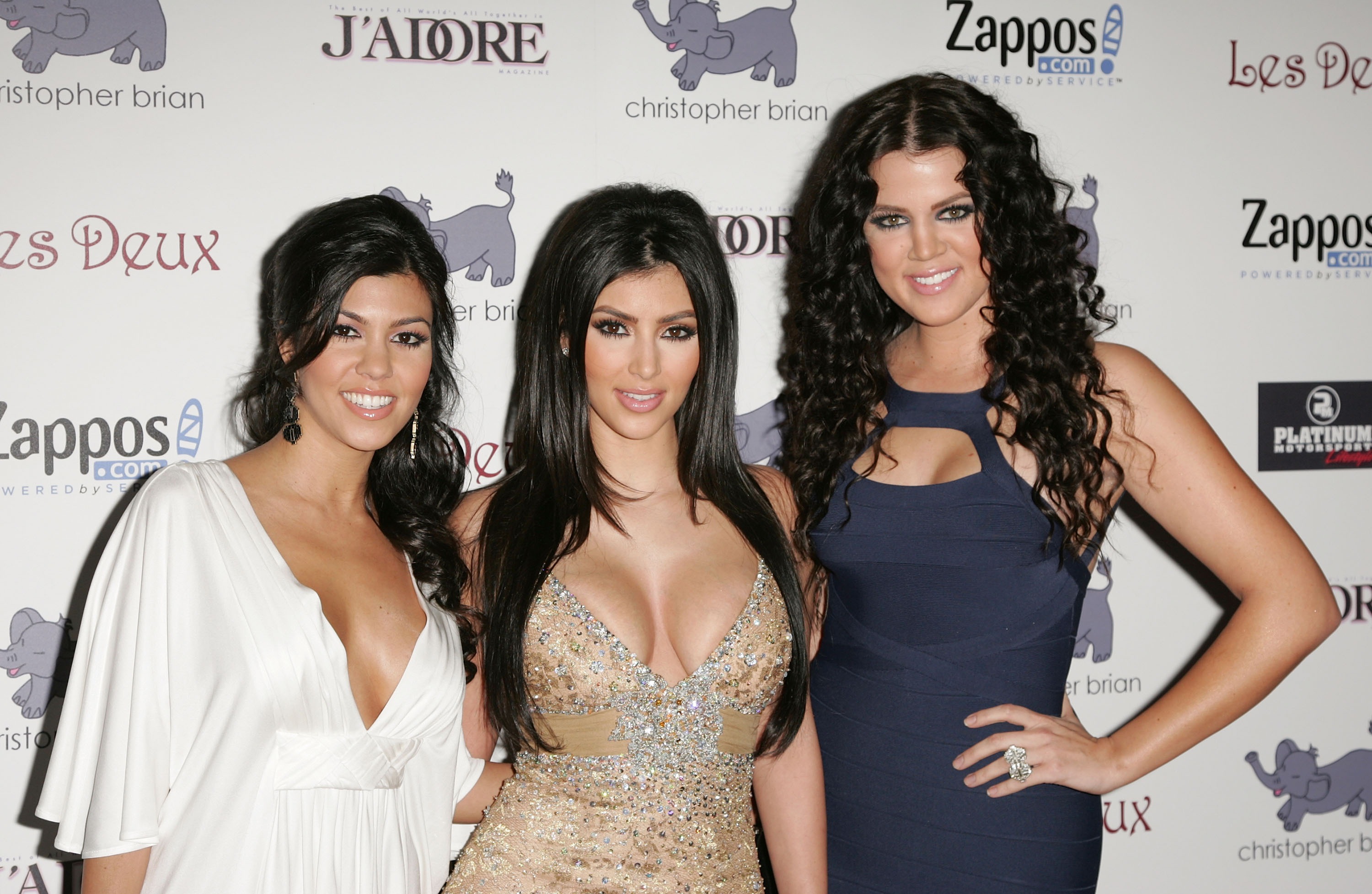 A Tribute to the Kardashians' Old Hair, Because Kim's Bad Bangs Were Everything