Another day, another incredible (and expensive) Jeffree Star accessory to fawn over. The YouTuber showed off a pair of light-up LED Louis Vuitton sneakers on Wednesday, September 9.

“OK, so I got these a few days ago from Louis Vuitton and these are LED sneakers, yes,” the 34-year-old told fans in a video clip on his Instagram Stories. “I’m going to turn the lights off in my kitchen and these f—king glow.” As Jeffree turned on the light-up element of the shoes, he gushed, “Good morning! These are so epic, like, I’m shook right now. I’m obsessed.”

You’re probably wondering how much it would cost to look this cool. These Louis Vuitton x408 sneakers retailed for $1,600 when they debuted as part of the SS19 men’s collection in March 2019. The price comes from the handiwork that goes into the production of the shoe. According to designer Virgil Abloh, the sneakers are made in Italy and it takes six hours for each shoe to be stitched. 106 pieces total make up the sneaker — with 20 pieces featured on the sole alone.

Nowadays, the trainers are sought-after as a resell item, as several colorways are no longer available at retailers or on Louis Vuitton’s website. When it comes to Jeffree’s light-up version, it is unclear if they were made custom for him, but there are no pairs of those special sneaks for sale anywhere on the internet.

The makeup artist is known for showing off his collection of designer digs — and with an estimated net worth of $200 million, his penchant for on-trend pieces is vast.

On Wednesday, September 9, the beauty guru flaunted a group of over 20 Louis Vuitton bags in the trunk of his car. “We’re about to sell my pink house with the pink vault and we had to clean it out today,” he explained in a video. “Hi Louis, come inside, girl!” 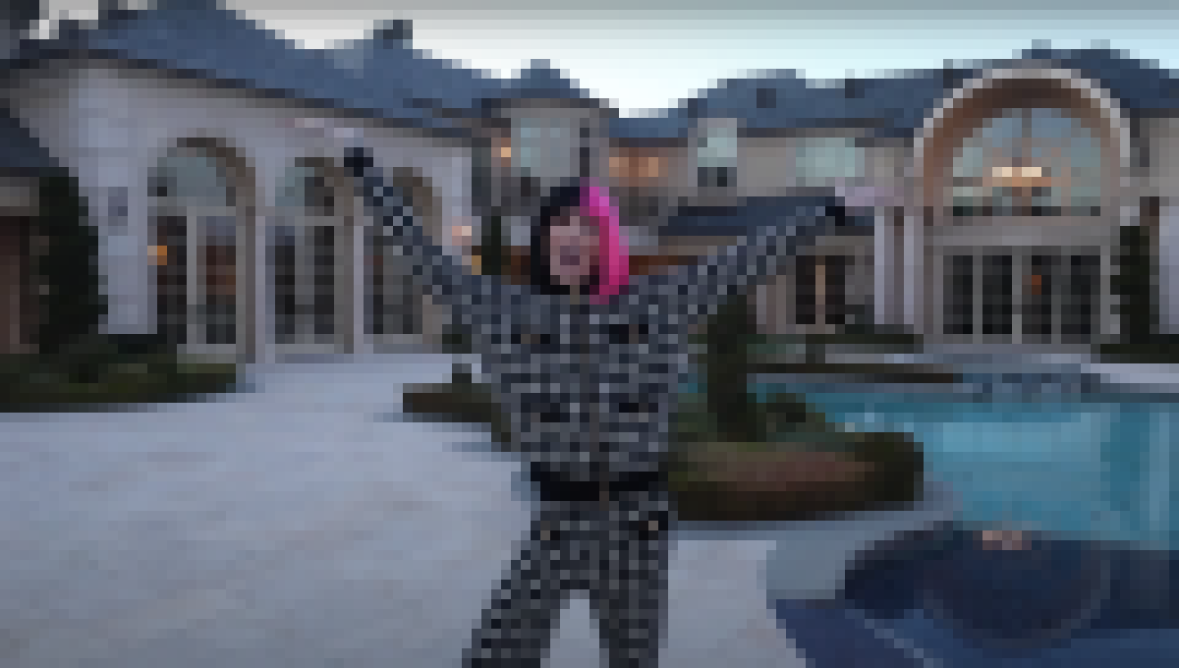 In the vlogger’s old Barbie-pink mansion — which he moved out of in January — he had an incredible vault space he added during renovations to house all of his most prized designer treasures. It remains to be seen if he will build a similar space in his new Hidden Hills estate, but the YouTuber has been talking about the massive renovations he is undergoing in the new Los Angeles home since March. You never know what he might come up with!