We can’t get enough of Justin Timberlake‘s adorable family! The “My Love” singer is in for many more adventures with wife Jessica Biel and son Silas after the couple secretly welcomed baby No. 2.

Life & Style confirmed on July 20 Jessica and Justin had their second child after the Sinner actress kept her pregnancy a complete secret.

“They told very few people. This has really brought them closer together again. They’d just learned they were having baby No. 2,” an insider revealed to In Touch. “It was a very difficult few months for them, but they came out the other side, and now they have this beautiful little boy.”

The Grammy winner and 7th Heaven actress have reportedly been laying low at their home in Big Sky, Montana, amid the coronavirus pandemic. Jessica’s mom, Kimberly Biel, came to help out with their new addition and 5-year-old Silas.

Pulling off a secret pregnancy is no small feat. Jessica and Justin have not been photographed in public since March. The Limetown has also been sly when it comes to social media photos. The “Say Something” singer shared a photo of Jessica in the snow in March, but she was so far away it was impossible to detect any changes in her body.

Their relationship hit a bit of a rough patch in November 2019 when Justin was photographed holding hands with his Palmer costar Alisha Wainwright on the balcony of a New Orleans bar. The actress was also seen with her hand on the “Cry Me a River” singer’s knee, according to pictures obtained by In Touch. The film, in which Alisha and Justin play lovers, has not yet been released.

The ’NSync alum released a public apology to his “amazing” wife and family for putting them “through such an embarrassing situation” after the alcohol-fueled incident. 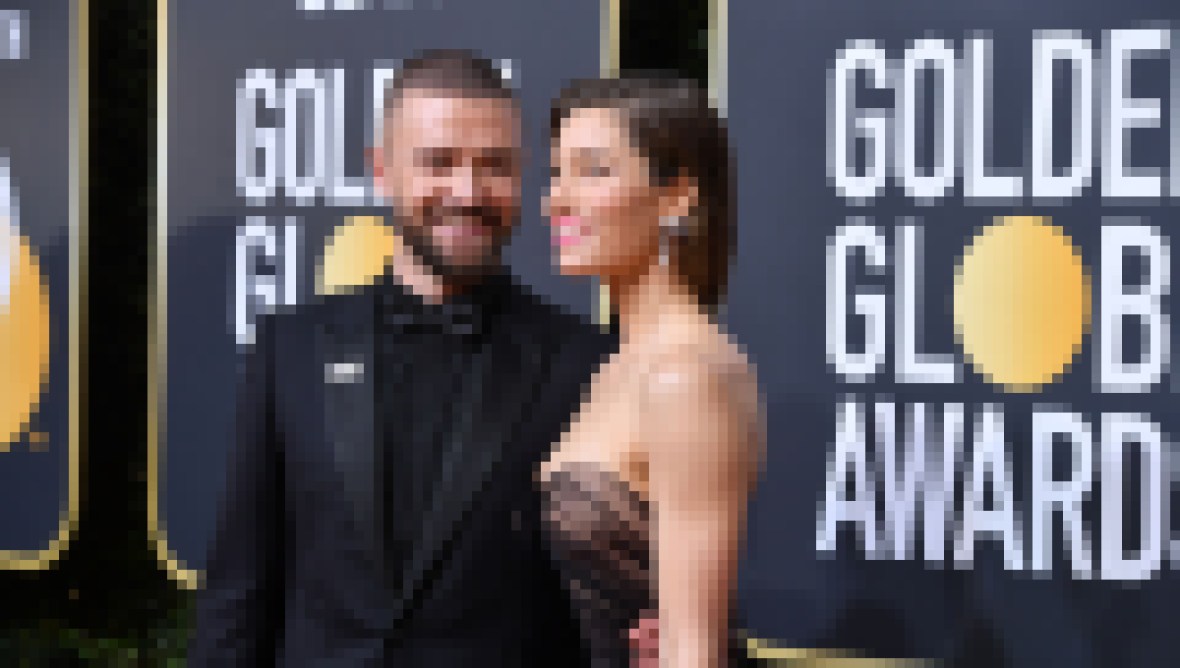 “I stay away from gossip as much as I can, but for my family, I feel it is important to address recent rumors that are hurting the people I love,” he wrote on December 4. “A few weeks ago, I displayed a strong lapse in judgment — but let me be clear — nothing happened between me and my costar. I drank way too much that night and I regret my behavior. I should have known better. This is not the example I want to set for my son.”

However, the Hollywood couple worked through the situation. By March, an insider told In Touch the longtime Mr. and Mrs. were “in a good place” following the drama. Now, they’re in baby bliss with their new addition. Scroll through the gallery below to see Justin’s sweetest moments with his A-list family!

Shaking off those leftovers like... Hope everyone had a great Thanksgiving! 🎥 @jessicabiel

Be still our hearts! The singer loves to play with his son.

Is this not the cutest family you’ve ever seen?

When the Sinner actress was pregnant with Silas, her man couldn’t get enough of her belly.

Little Silas was too cute for words when he was first photographed.

For Halloween 2017, the couple dressed like characters from the Trolls movie.

The couple have been together since 2007, so they have made a lot of sweet memories over the years.

JT is most definitely the life of the party.

Ugh, this moment is just too precious.

“It changes everything,” the Mickey Mouse Club alum told Willie Geist on the Today show about fatherhood. “You literally just wake up in the morning, look in the mirror and go, ‘I have no idea what I’m doing.’”

“The last three years of my life have brought more joy than I could ever imagine,” the proud dad wrote on Instagram in June 2018. “Being a father is such an amazing trip … an amazing discovery every day. My son: it is my honor to be your daddy. You make me feel a love that I didn’t know existed.”

While Justin was on tour this past summer, he brought his two best companions: his wife and son. They traveled to Paris, London, Copenhagen, Italy and more.

Kisses For The Mr.

The “Cry Me A River” crooner is the ultimate husband. In his memoir, Hindsight & All the Things I Can’t See in Front of Me, he wrote, “I’ve watched my wife change. I’ve watch her body change. It’s a temple. It should be worshipped. It should be marveled at.”

He continued, “I’m fascinated by her. She’s everything, man. She just constantly surprises me with who she is, and who she’s becoming, and I really hope I do the same for her. I’m excited to see what she’s going to do next. I wake up and roll over and look at her, and I’m inspired.”

We are so obsessed with you two!