Surprise cameo! Kylie Jenner shared a photo with former pal Jordyn Woods in her new Halloween video rating some of her favorite costumes from past years.

The makeup maven, 23, reminisced on her Xena the Warrior Princess look back in 2015 via her YouTube channel on Thursday, October 22. While she didn‘t necessarily acknowledge her ex-BFF, Kylie did mention having a “good night” while sharing a throwback snap with Jordyn, 23.

Kylie and Jordyn had a falling out back in February 2019 after Jordyn cozied up to her sister Khloé Kardashian’s man, Tristan Thompson, during a wild night out partying at SHOREbar in Santa Monica, California.

“Tristan and Jordyn were into each other, they were cuddling and holding hands,” an insider told In Touch at the time. “It was surreal. We couldn‘t believe it.”

After making headlines over the scandal, Kylie’s former bestie broke her silence in a tell-all interview and explained her take on what happened that night.

“On the way out, he did kiss me. No passion. It was like a kiss on the lips,” Jordyn said while appearing on Red Table Talk in March 2019. “The last thing I wanted to do was be that person,” she added. “I’m no homewrecker, I would never try to hurt someone’s home, especially someone that I love and someone who has a beautiful daughter [True Thompson]. I never would try to steal someone’s man; I don’t need your situation. I really just hurt so many more people by not telling the truth.” 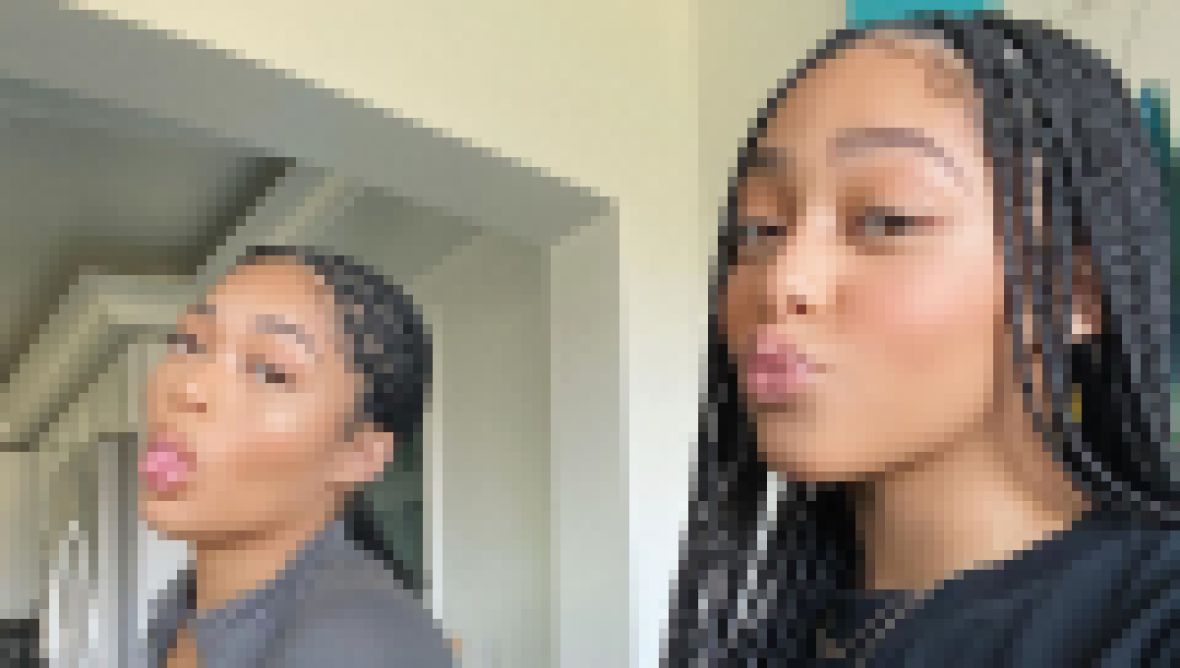 Since then, Khloé, 36, has forgiven both parties and moved forward. The Good American founder is now back together with the Cleveland Cavaliers baller, 29.

As for Kylie and Jordyn’s relationship, it appears to still be a work in progress. The girls originally met through Jaden Smith in 2012 and became great friends. That is, until the scandal put them at odds.

In 2019, Jordyn revealed she does wish to reconcile with Kylie someday. “I love her. That’s my homie,” Jordyn said in Cosmopolitan UK‘s September issue. “I hope everything falls into place and that we can all grow and build our relationships with our family and God and come back together one day and be stronger and happier.”