The From Not to Hot star, 41, sat back and relaxed during her appointment with the stylist, captured in newly released photos. June decided to go blonder ahead of the fall season.

The reality star traveled to L.A. because she hoped to undergo liposuction and a tummy tuck, but her rep confirmed she had to change her plans last-minute. “She was unable to do it because the fat is deeper,” Gina explained. Instead, June will opt for chin and neck lipo and is looking at options for a different procedure to help achieve her weight loss goals. “She is considering doing a gastric bypass,” Gina added.

The WE tv alum previously documented her incredible weight loss transformation on her reality series. June began her journey at 460 pounds, and was approved to get gastric sleeve surgery in 2016. To enhance her appearance, she also got a breast augmentation, veneers and had excess skin removed. 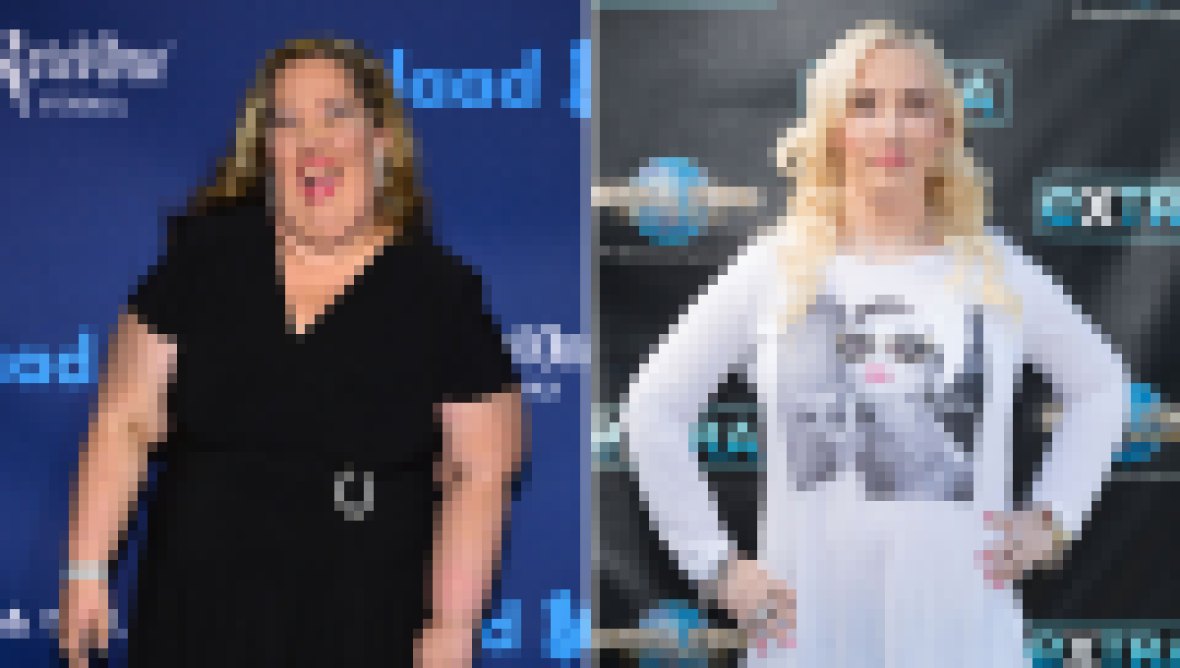 Mama June's 'From Not to Hot' Weight Loss Transformation: See Her Fitness Progress

June was able to surpass expectations by seeking the assistance of personal trainer Kenya Crooks. The fitness guru put her on a diet plan, which helped her shed 84 pounds in just three months. With help, she was able to drop 300 pounds.

“I essentially asked her what she wanted to improve and make sexier,” Kenya previously told Women’s Health Magazine. “I believe language is very important when trying to help a client. I never say ‘What don’t you like about yourself?’ Because that’s a negative and defeated language. Mama June wanted to lose weight and tone up at the same time, so that was our mission.”

June later revealed she gained back 50 pounds and was trying her best to maintain a healthy lifestyle so she could feel her best. These days, she is living in the Sunshine State!

The TV personality recently took to Instagram in August with a life update. “Even though Hurricane Laura is not going to hit us, we are still getting the wind off of it, but it is still beautiful and calming to us. Loving the views here on the island in southeast Florida,” June captioned photos of the coast.

Scroll down to see the photos of June getting pampered!

The Georgia native was all smiles during her hair appointment.

So Fresh and Clean

She relished in having her locks colored and rinsed.

June was oozing confidence with her new platinum mane.

Her voluminous blowout was the perfect final touch.

She’s got big things in store!