After a year and a half of dating, Gizelle Bryant and Sherman Douglas broke up. The Real Housewives of Potomac star dropped the breakup bombshell during last Sunday’s episode and now, fans are trying to dig up dirt on the 47-year-old reality TV star’s ex.

The 51-year-old retired basketball player had a very successful career after he was drafted to Miami Heat in 1989 and went on to play for NBA teams like Boston, Milwaukee, New Jersey, and the LA Clippers. But it’s not Sherman’s past as an NBA star that is being discussed between the ladies of RHOP. It’s Sherman’s 1991 arrest — or rather, brush with the law.

While Sherman wasn’t technically arrested in 1991, he was subpoenaed to appear before the federal grand jury. He was questioned about a prison break from the Lorton Correctional Complex in Virginia, as he apparently knew the sister of one of the escapee, according to the Washington Post. Kelvin Ford and Andre Villogram escaped from the prison facility in July 1990 and because Sherman had ties to the Ford family, he was subpoenaed and questioned about his relationship with Denise Ford, Kelvin’s sister.

At the time of the court appearance, officials were attempting to understand two aspects of the prison break: whether or not prison guards played a vital role in the escape and who was harboring the escapees. As officials suspected Kelvin’s sister Denise of hiding Kelvin (or even both of them), Sherman had to be questioned.

There was one more thing that made Sherman a person of interest. A report was made that Kelvin was seen in a Nissan Pathfinder with Florida license plates. Days before Sherman was subpoenaed, the description of the Nissan matched a car spotted in Sherman’s driveway. At the time, he was playing for the Miami Heat.

Sherman was never formally arrested. He went on to play 13 seasons for the NBA and eventually retired in 2001. He met RHOP star Gizelle while both parties were working out at the gym. The couple dated for a year and a half before deciding to call it quits.

“Sherman and I have huge communication issues, OK?” Gizelle explained on the show. “So we agreed we’re going to counseling, we’re gonna make things better, I love you so much, yada, yada, yada. So I call him when I was coming over here, and he said, ‘I need another perspective to see whether or not we should even be in this relationship.'”

According to Gizelle, their inability to effectively communicate ultimately became the thing that tore their relationship apart.

“I am here to try to fight to make this relationship work, and for him to not even try to meet me halfway makes me feel like I’m not even worth fighting for,” she said. “And I think that throughout the intensity of our relationship, he kind of shut down and just would not communicate with me. So it’s just hard to go down a road knowing that a person just lacks the ability to communicate. So, you know, we had to go our separate ways.” 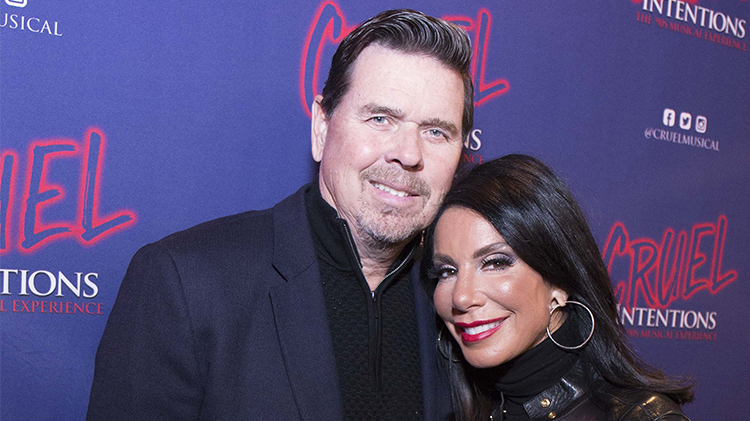