Is Blac Chyna actually pregnant for a third time? Rumors are swirling that the former stripper could be expecting with her 18-year-old boyfriend, YBN Almighty Jay, after Chyna was spotted going to her son King's graduation — and it looked like she was rocking a baby bump in a skin-tight dress. Although nothing has been confirmed, her baby daddy Tyga wouldn't exactly be shocked if that was the case.

"Tyga's not surprised at all that Chyna could be pregnant because this is her MO," a source exclusively told Life & Style. "Tyga will tell you first hand that Chyna loves sinking her paws into young rappers who are coming up in the industry, making crazy money, and getting their careers started. She's calculated, and Tyga knows that thinking back on the relationship he had with her."

Tyga isn't wrong, either – Chyna has done this before. Her connection to baby daddy Rob Kardashian and the Kardashian family name helped further her own career. Not only did she make several appearances on Keeping Up With the Kardashians, but Chyna also swindled her way into getting a spin-off series, Rob and Chyna.

#BlacChyna on her way to her son King’s graduation today 👀👀📷: Backgrid

Rob, who shares daughter Dream Kardashian, 1, with Chyna, is "pissed" about the possibility that she could be expecting. A source exclusively told In Touch, "If Blac Chyna is pregnant, don't expect Rob to take care of the baby financially. Rob knows he's not the father and at this point, he's so done with her. He's pissed and feels like Chyna's playing him. He's been going to bat for her, trying to get her back on E!, [and] trying to get her and Kris [Jenner] on good terms so they can stop fighting."

The source added, "He's even been cashing her out for Dream and King. For Chyna's sake, he hopes she's not pregnant." Chyna or YBN have yet to comment on the rumor. However, YBN has admitted in the past that the two don't wear condoms when they have sex, which can only lead to one thing — BABIES. 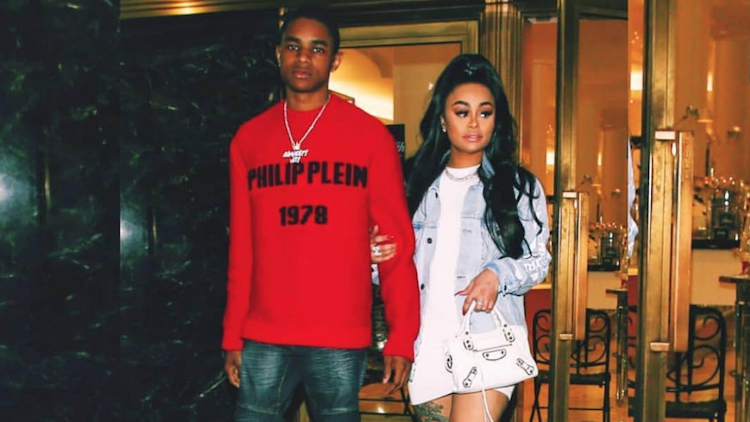