It takes two to tango — and for these couples, love was definitely in the ballroom air! Whether it’s celebrities falling in love with their pro dancer partners, contestants hitting it off with others on the cast, or pros falling for each other, many serious relationships have come out of hit ABC reality competition Dancing With the Stars!

One of the newest couples from the show is Chrishell Stause and Keo Motsepe. While many speculated the Selling Sunset star struck up a romance with her season 29 partner Gleb Savchenko amid his divorce, it turns out a different pro quietly caught her eye. Just weeks after the season ended, the pair confirmed their relationship on social media. 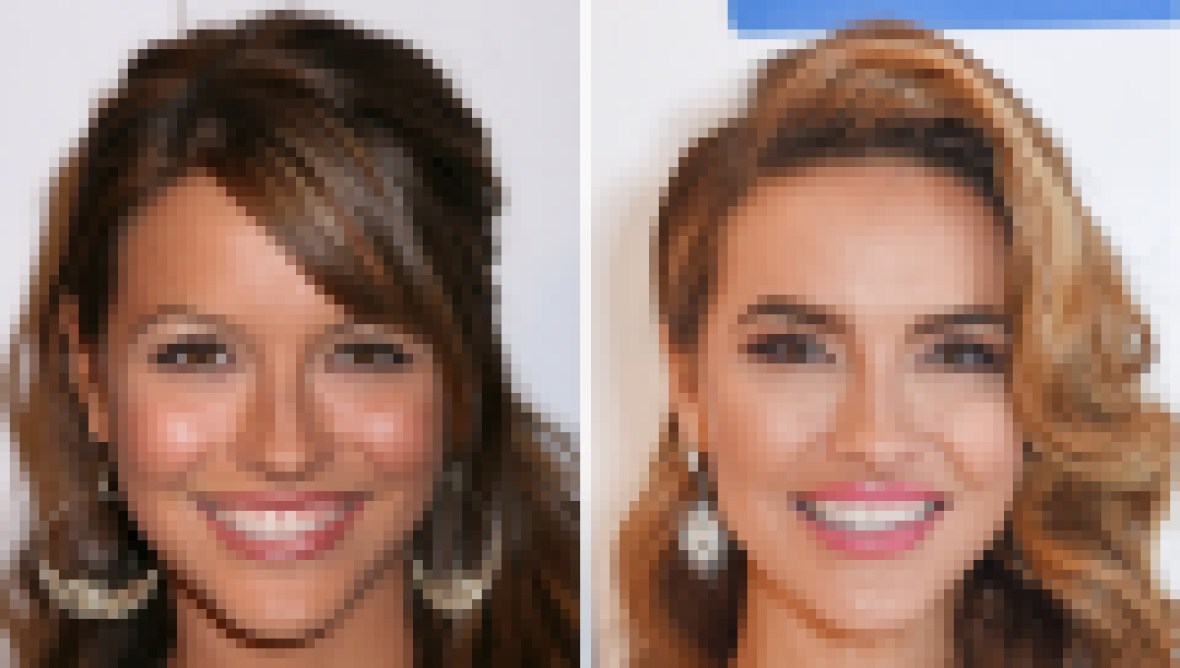 Glow Up! See How Selling Sunset's Chrishell Stause Has Transformed

First, Keo posted a photo kissing the brunette bombshell with a red heart emoji on December 3, 2020. Later that day, Chrishell shared her own PDA selfie with the caption, “The internet has absolutely zero chill. So I guess you saw this already, but I’m just gonna leave this here.”

But not every DWTS couple started so quickly. Nikki Bella was partnered with Russian hunk Artem Chigvintsev on season 25 in 2017. She was still with ex-fiance John Cena at the time, and insists there were no romantic feelings while they were partnered up.

“The crazy thing being with him now is there was none of those feelings at all,” she dishes on “The Bellas Podcast” with sister Brie Bella, even going so far as to say she wasn’t “attracted” to the dancer. But they did start dating in early 2019, soon after Nikki’s split from John. In January 2020 the pair announced they were engaged, and a pregnancy announcement came later that same month. 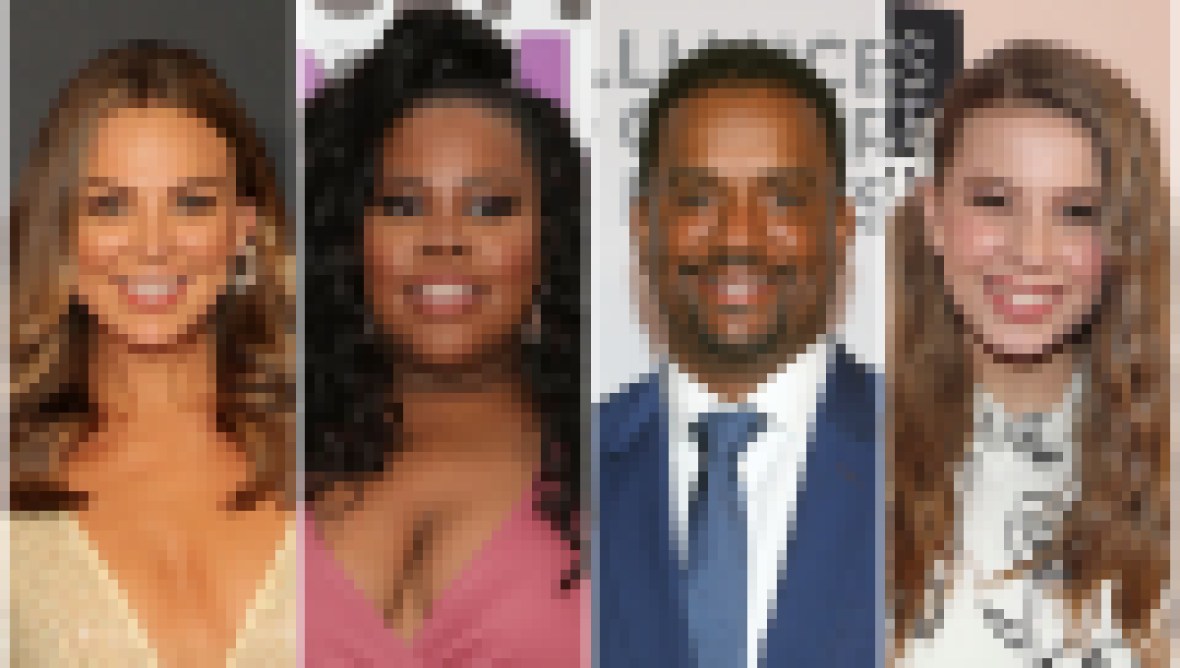 The pair welcomed their first child, Matteo Chigvintsev, on July 31, 2020, but Teo isn’t the first kid to come out of the competition franchise! Pros Peta Murgatroyd and Maksim Chmerkovskiy gave birth to a son named Shai Aleksander Chmerkovskiy in 2017, and Shark Tank‘s Robert Herjavec and dancer Kym Johnson welcomed their twins Haven and Hudson in 2018, three years after Robert met Kym on the show.

Check out the gallery to see the super-serious couples that had the show to thank for their love.

While Chrishell and Keo were not partnered up for season 29, they seemed to hit it off behind the scenes. The pair went public with their relationship on December 3, 2020, happily sharing smooching selfies on Instagram.

They’d both dated others on the show, but it wasn’t Peta’s brief romance with her celeb partner James Maslow — or, for that matter, Maksim’s engagement to pro Karina Smirnoff — that kept these two dancers apart at first. “I thought he was arrogant,” Peta said. Fortunately, her opinion changed. Married in 2017, Maks and Peta are now the proud parents of son Shai. “I think it’s awesome we have a massive history,” said Maks.

“When I met her, I felt complete,” Shark Tank mogul Robert said of his DWTS partner-turned-bride, Kym. It showed. Though they didn’t take home the Mirrorball Trophy, the passionate kiss they shared during one of their routines was the talk of season 20. Two years after their 2016 wedding, Robert and Kym welcomed twins Haven and Hudson into the world.

When Nikki partnered up with Artem for season 25, they came across as such a friend-zoned couple — her then-fiancé John wasn’t even slightly threatened by the hunky hoofer. “I think he’s probably gonna teach me my first dance [for the wedding],” John declared. But the wrestler-turned-actor is no doubt singing a different tune these days. Nikki, who broke off her engagement to John, went on to begin dating Artem in 2019, get engaged in January 2020, and welcome a baby in July 2020.

Val Chmerkovskiy was romantically linked with partners Kelly Monaco, Janel Parrish and Amber Rose before ultimately rekindling his on/off relationship with fellow DWTS pro Jenna Johnson. “I’m in a great place, and I’m in love,” said the 32-year-old, who whisked Jenna off to Venice, Italy, in June 2018 to pop the question. “When I was 17, I visited Venice for the first time and thought it was the most romantic place in the world. I promised myself then that the next time I would come back to Venice was to propose to the woman I’d want to spend the rest of my life with.” The couple tied the knot in 2019.

Hectic schedules caused Alexis Ren and Alan Bersten to call time on their ballroom love affair, but season 27’s most adorable pair seemed to fall in love right before viewers’ eyes, sharing a kiss on the dance floor — and openly declaring their feelings for each other on the 2018 finale. “So much of my growth this season has come from Alan,” the celebrity raved of her professional partner before they took to the floor for their last dance. “We communicate, not just through our steps and movements but with our hearts, too. I really found love.”

Handsome pro Mark Ballas inadvertently let on that a season 5 romance was brewing when he called celeb partner Sabrina Bryan “baby” on the air. “I always call him ‘Baby Marky,'” the Cheetah Girls star added. Once the season was through, Sabrina and Mark decided to couple up away from the dance floor. “We [had] been so focused on the competition,” she explained. “But now that that has died down, we’ll see where it goes.” Sadly, it didn’t go anywhere. “She’s too busy for me,” Mark lamented of Sabrina’s career. Sigh …

The off-the-charts chemistry between Derek Hough and Shannon Elizabeth sparked rumors that the season 6 stars had secretly gotten engaged. While the talk proved untrue, the pro dated Shannon for nearly a year after their screen time ended — and they broke up in the sweetest possible way, with matching tweets. “Hi everyone, we wanted you all to know directly from us, that Shannon & I have decided to end our relationship as boyfriend & girlfriend,” Derek wrote, with Shannon following up: “However, we love and care about each other very much and will remain friends and in each other’s lives.” Afterward, Derek was linked to a string of other DWTS celebs, including season 9’s Joanna Krupa, season 10’s Nicole Scherzinger and season 14’s Maria Menounos (though both insist they were only good friends).

While Karina admitted that she found her season 3 partner Mario Lopez “extremely hot” from the moment they met — and moved in with him after just six months of dating — their two-year romance ended on an ice-cold note in 2008, when she found out he’d allegedly been cheating on her. “I’m definitely heartbroken,” she lamented, adding that she wished she could “just crawl into bed, eat ice cream … and not come out for weeks.” As devastated as she was, though, Karina still remembers their love fondly. “The passion was through the roof!” she said.

Ummm, It Looks Like Ariana Grande's New Album Will Include 2 More Songs About Pete Davidson