Surprise! John Cena and Shay Shariatzadeh got married in a private ceremony held in Tampa, Florida, on Monday, October 12, Life & Style can confirm. The WWE legend and brunette beauty have officially taken their romance to the next level after going public with their relationship in 2019.

The wrestler, 43, and his engineer bride, 31, are likely celebrating with close friends and family after exchanging their vows. Fans speculated the duo got engaged back in February after she was spotted wearing a dazzling diamond ring on that finger. John and Shay went the extra step to obtain a marriage certificate in early October.

The lovebirds first sparked romance rumors last March when they were photographed in Vancouver, Canada, which happens to be her hometown. John and Shay “looked happy and peaceful and would occasionally touch each other’s legs,” an eyewitness told Life & Style of one of their dates in San Diego the following month.

He later gushed over his leading lady after they made their red carpet debut during the Playing With Fire premiere in October 2019. “No matter what projects I’m involved in the future, this one will always have a special meaning because I got to film a special project and meet someone special,” the actor said.

Fans are thrilled they tied the knot after seeing how happy they make each other during their many intimate outings together. John “spoils her with sweet gifts,” including flowers, jewelry and sports cars, an insider previously told Life & Style. “In John’s eyes, Shay is the whole package … She’s beautiful, intelligent, kind, independent and family-orientated and there’s rarely any drama between them.” 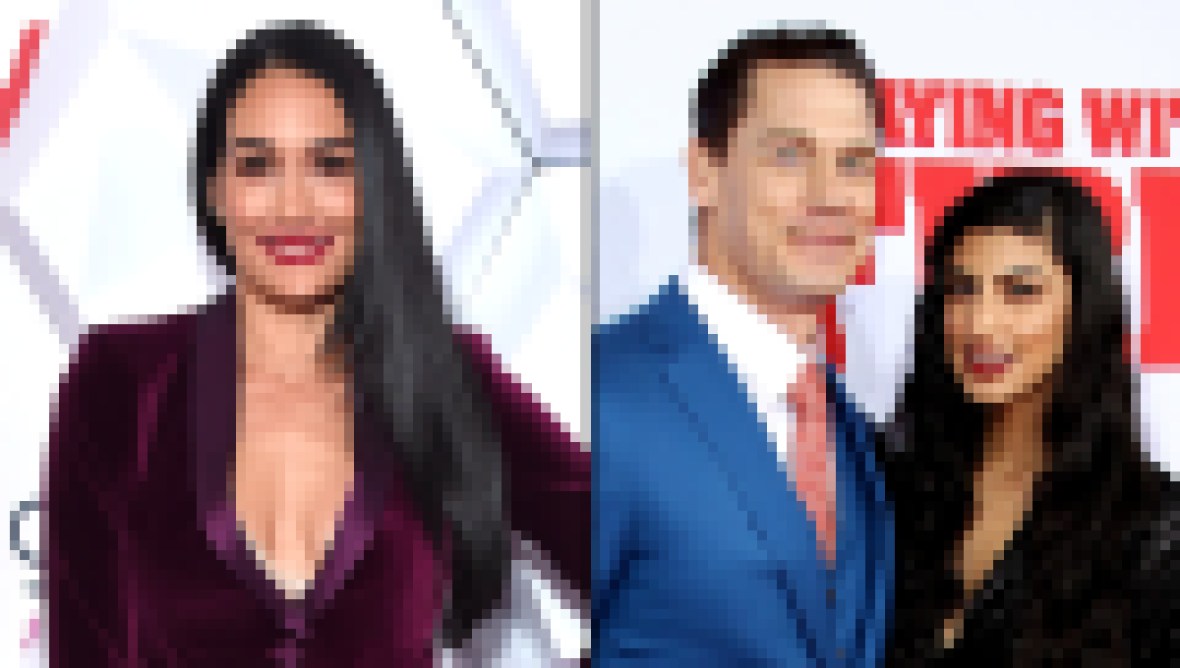 Shay is very accomplished in her own right, as she works at Avigilon, a Motorola Solutions Company based in Vancouver. She also graduated from the University of British Columbia in Electrical and Electronics Engineering.

John was last romantically linked to Total Bellas star and fellow wrestler Nikki Bella, 36. The pair got engaged during Wrestlemania 33 in April 2017, but ultimately split for good in July 2018. She has since moved on with Dancing With the Stars alum Artem Chigvintsev and they now have a precious baby boy named Matteo.

Congrats are in order for newlyweds John and Shay!