Goin’ to the chapel? John Cena and his girlfriend, Shay Shariatzadeh, may be a pretty low-key couple, but since their courtship began in 2019, the lovebirds have dropped some major engagement clues.

Following John’s highly publicized split from then-fiancée, Nikki Bella, in April 2018, the WWE wrestler, 43, stayed single for about a year before meeting Shay at a restaurant in Vancouver in February 2019. The Massachusetts native was smitten from the very beginning.

“There was one woman I was looking at and I couldn’t take my eyes off her … that’s when it started,” John’s Playing With Fire costar Keegan-Michael Key recalled to Entertainment Tonight of his conversation with the Blockers alum.

While it took John and Shay, 29, eight months to make their red carpet debut, the couple spent quite a bit of time together in between. In April 2019, they were spotted dining together in San Diego.

“They were sitting beside us at Tower23 enjoying the sunset on Saturday evening,” a witness told Life & Style at the time.“They looked happy and peaceful and would occasionally touch each other’s legs. It was quite a romantic dinner!” Nowadays, John and Shay, who works as a project manager, continue to keep the romance alive.

“John’s softer side comes out when he’s with Shay,” a source exclusively revealed to Life & Style. “He spoils her with romantic gifts,” including flowers, jewelry and a sports car. 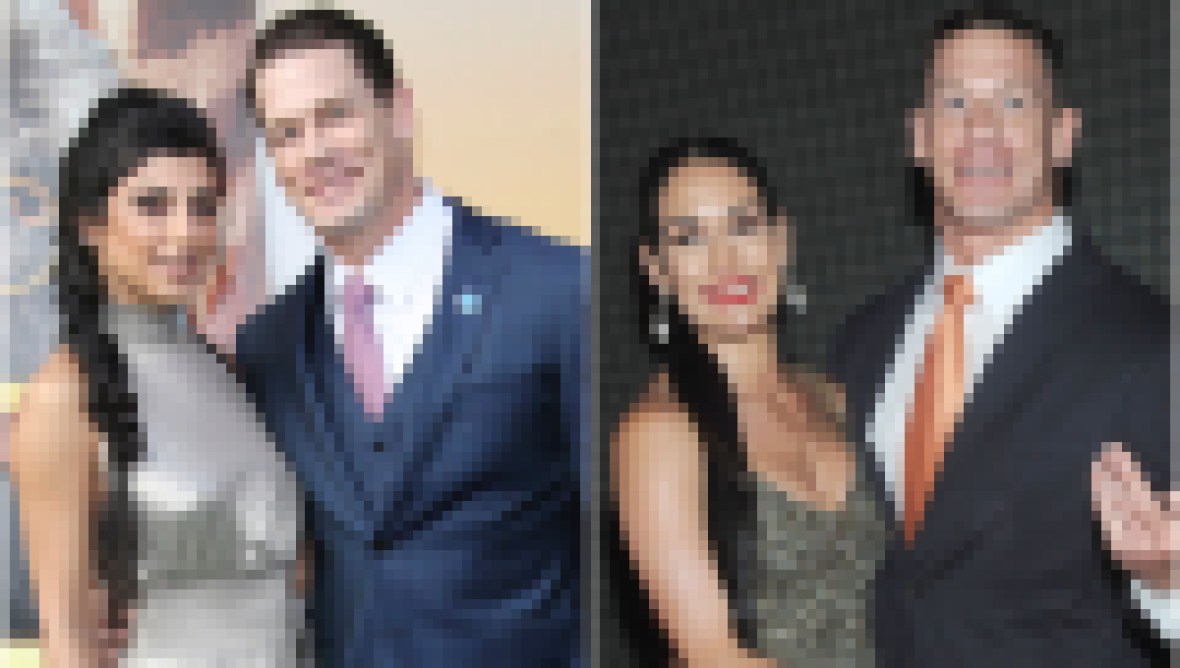 “Shay isn’t after his money,” the insider assured. “She’s not that kind of girl and loves him for who he is.” As for John, he finds the University of British Columbia graduate “beautiful, intelligent, kind, independent and family-orientated.”

According to the source, there is “rarely any drama between” John and Shay. “His relationship with her is much easier than the relationship he had with Nikki.”

It’s clear John and Shay have all the potential to go the distance — and perhaps they’ve already decided to! Scroll through the gallery below to see all the major clues that they’re engaged.

Currently, John and Shay are quarantining together amid the coronavirus pandemic. “John works out every day to keep in shape,” the same insider told Life & Style. “He’s also put together a couples workout itinerary and he and Shay have a blast exercising together — either outdoors or in his amazing home gym.” If they can make it work in isolation, they can make it work forever!

In February 2020, Shay was spotted wearing a ring on that finger while the pair attended a carnival in San Diego together.

For Valentine’s Day, John shared a post that read “Stone Cold Sweethearts” above an image of a man holding up a purple heart with “Say Yes” on it.

The following day, he shared a painting of a bride and groom dancing.