If there’s anyone in Hollywood who’s grown immensely when it comes to their personal style, it’s Miley Cyrus. The “Slide Away” singer has had her fair share of different looks over the years, constantly reinventing herself. From her innocent Disney days to her more adult, risqué style, we’ve covered it all.

As it happens, Miley has opened up on a number of occasions about what it was like to break out of her cookie-cutter — ahem, Hannah Montana — mold. “I did once I was 18 because it felt ridiculous,” she told Elle magazine of her decision to leave the series that made her a bona fide star. 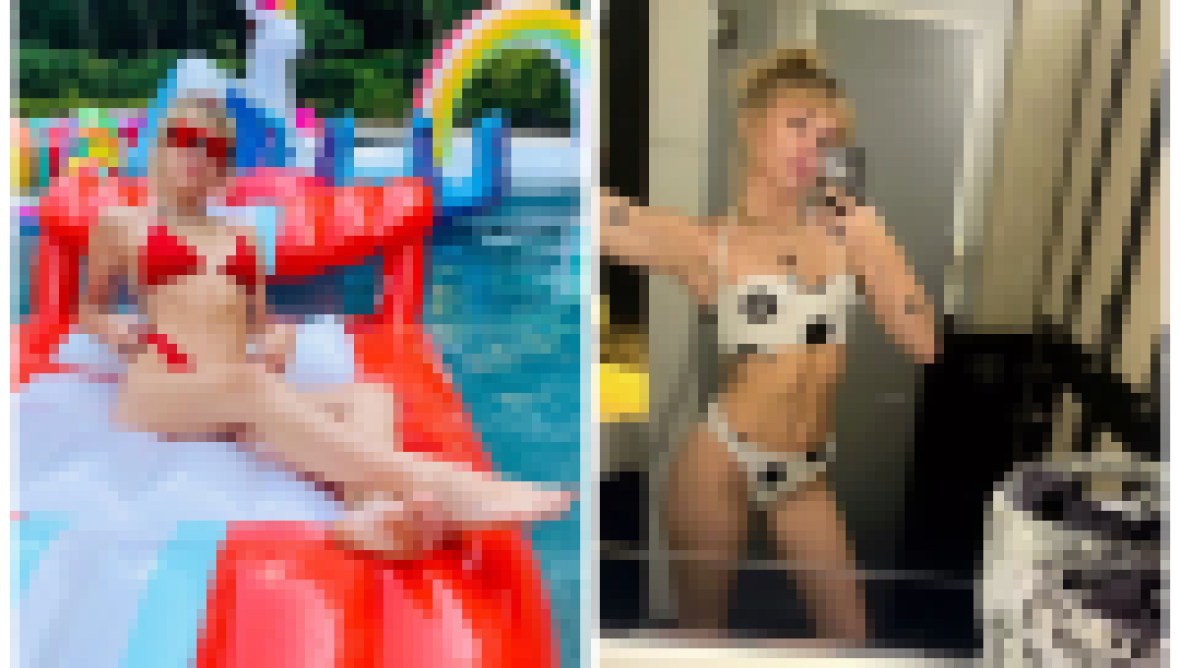 “The minute I had sex, I was kind of like, I can’t put the f–king wig on again,” Miley continued in the July interview. “It got weird. It just felt like … I was grown-up.” Grown-up, indeed! So much so, that her style drastically changed afterward. Scroll through the gallery below to see Miley’s complete style evolution.

Miley and her dad, Billy Ray Cyrus, were fashion icons way before starring on Disney Channel’s Hannah Montana. We love his mullet and her curls — so ’90s!

A 13-year-old Miley showed off her pearly whites ahead of the Hannah Montana premiere date in March 2006. So young!

Only two months later and the brunette beauty began experimenting more with makeup. We’re so here for that gloss!

In June 2006, Miley made an appearance at MTV’s TRL rockin’ a casual outfit with some cute white heels.

The blonde wig is hands-down of her most classic looks! She’s not even 14 years old in this photo, but she was already an established pop star.

In August 2007, the Disney alum attended the Teen Choice Awards in a stunning mid-length summer dress. This was also one of the last times she rocked her dark brown locks for a while.

A 15-year-old Miley traded in her dark tresses for lighter ones. This was the first time she started to experiment with her style on a larger scale. So subtle compared to the later years, right?

For the Hannah Montana & Miley Cyrus: Best of Both Worlds concert film premiere in January 2008, the performer sported a much darker look than she had before by dying her hair black.

By April 2008, she was back with light-toned hair and a pretty flowy dress that showed off her girly side.

Exactly a year later, she added hints of blonde to her hair. While we love her red carpet style, Miley’s street style is one of our faves — so casual and cute.

There are so many things we love about this outfit — the bold leggings, the fact that she’s missing a shoe, but our fave has to be the Jonas Brothers graphic T-shirt. Yup, she’s one of us.

The Disney alum looked like an absolute princess at the 2010 Oscars. This dress fit her like a glove.

It wasn’t long until Miley began showcasing her more adult side. For a Dancing With the Stars performance in May 2010, she performed “Can’t Be Tamed” and dressed to the theme of the provocative music video.

If there’s one thing The Last Song star is known for, it’s her versatility. For the 2012 People’s Choice Awards, she dressed like a total girly-girl.

The following month, she gave old Hollywood vibes in this lengthy gray gown. To make her look pop, she added a red lip, which is always the answer!

Seven months later, she unleashed her rocker side with Jon Bon Jovi as she flaunted her newly dyed short ‘do.

In May 2016, Miley sported a spikier version of her pixie cut. Here she began showing she doesn’t care what anyone else thinks and we love her for it!

Fast forward to the 2018 Met Gala and she’s back to the basics with hair that resembles her earlier days. Her signature waves are too gorgeous!

In 2019, she opted for bangs making us more nostalgic for her Disney days.

Miley wore a glittery dress in honor of the Camp theme at the 2019 Met Gala. This may be our fave look ever considering she pretty much dressed up like Hannah Montana. Her MIND!