Charles is known for his roles on True Detective and Constantine.When it comes to Netflix original series, Outer Banks has totally taken audiences by storm (pun intended). While viewers were definitely enticed by the plot, they stayed for the cast! The show’s main characters — John B, Sarah Cameron, Kiara, Pope and JJ — are played by actors Chase Stokes, Madelyn Cline, Madison Bailey, Jonathan Daviss and Rudy Pankow.

Of course, with season 2 of Outer Banks on the horizon, all of the individuals who make the teen drama so successful are bound to rise to fame. As it stands, new episodes of OB have yet to be confirmed. However, given the major cliffhanger in episode 10 and the show’s popularity, it’s only a matter of time. *Spoilers ahead.* 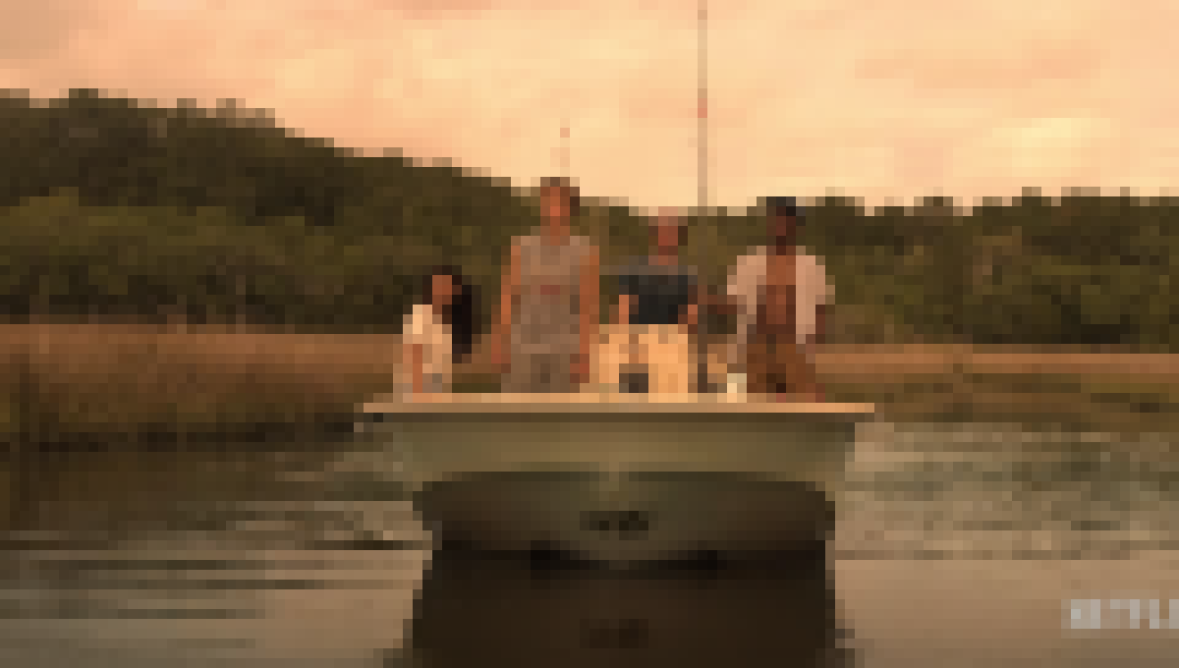 Are You Ready for Outer Banks Season 2? Here's What You Need to Know

Thankfully, one of the three series creators Jonas Pate already has some ideas about the fate of Sarah and the Pogues following their quest for buried treasure and solving a murder … well, multiple murders. At the end of episode 10, “The Phantom,” John B and Sarah attempt to flee the Outer Banks to Mexico, where they would later meet the rest of the gang. However, a storm rolls in and completely derails their plan. Kiara, Pope and JJ, as well as all law enforcement, are under the impression John B and Sarah are dead.

They survived and were rescued by a boat to the Bahamas, which is conveniently where Sarah’s dad, Ward Cameron, sent the gold from the Royal Merchant. “There would be a couple of episodes that take place, at least partially, in the Bahamas,” Jonas told USA Today. “It unfolds into a bigger mystery. We keep our old villains and we add some new ones. But it always comes back to the Outer Banks.”

Back in the Outer Banks, a few mysteries are still lingering. The police are completely unaware that Sarah’s brother, Rafe Cameron, shot and killed Sheriff Peterkin after she discovered Ward murdered John B’s dad, Big John. Although, a few fan theories suggest Big John survived his scuffle with Ward and is also hiding out in the Bahamas.

One plot twist we are thankful for is Sarah’s ex-boyfriend, Topper, helping John B escape. That’s the sort of character development we live for. Here’s hoping more of that will come up next season! In the meantime, get to know the actors who play your favorite characters on Outer Banks by scrolling through the gallery below.

Previously, Austin, 23, starred in the Disney Channel original sitcom I Didn’t Do It.

Madelyn’s resume includes Boy Erased, The Giant and Savannah Sunrise. She’s 22-years-old and ironically, grew up in South Carolina, just one state away from the Outer Banks. In April, she sparked dating rumors with costar Chase Stokes, and he confirmed they were a couple in June.

Despite being more of a secondary character in Outer Banks, Drew, 26, appeared in Love, Simon and The Hate U Give.

Jonathan, 21, landed small roles in Age of Summer and Revolution ahead of becoming Pope.

Madison, 21, appeared on the CW series Black Lightning for an episode, as well as in the TV series Creepshow.

As it happens, Chase, 27, briefly appeared in an episode of Stranger Things in 2016. Beyond that, he has a few other small roles under his belt. He also confirmed he is dating costar Madelyn Cline in June 2020.

Rudy, 21, appeared on Ryan Murphy’s The Politician ahead of Outer Banks.

Charles is known for his roles on True Detective and Constantine.

Julia has appeared on Showtime’s Billions and Nickelodeon’s WITS Academy and Every Witch Way.

The Postman, Nashville and Swing Vote are a few of Charles’ previous roles.

Cullen was in Hidden Figures and The Birth of a Nation.