Looks like Stassi Schroeder‘s new boyfriend, Beau Clark, is just as much a foodie as she is! Stassi and Beau’s relationship was just revealed in February 2018 — and now, a few months later, these Vanderpump Rules lovebirds are gorging themselves in Europe, trying to “get large.” Consider us jealous!

Stassi and Beau wined and dined their way through Italy, for example, even finding a restaurant in Zelata where she wanted to live. (So long, SUR!) After Instagram fans voted that the couple should go to Amsterdam next, Stassi posted photos of their culinary adventures in the Dutch city, saying, “We like to get large.” (Accordingly, they took issue with a hotel that gave them a room right next to a gym, as Bravo reports!)

Beau, a casting associate, revealed himself as Stassi’s new boyfriend in a February episode of her podcast Straight Up With Stassi. The duo was set up by Vanderpump Rules co-stars Katie Maloney-Schwartz and Kristen Doute… but Beau almost snubbed Stassi! “I just scanned through [her Instagram], and I was like, ‘The bleach-blond hair, she’s probably got Botox, she’s probably got fake boobs … She probably goes to Nightingale and gets table service, bottle service, whatever you call it,'” he said. “Just not my cup of tea at all.”

Luckily, he changed his mind after spending hours talking to the reality star. “I don’t think I’ve laughed as hard ever with anybody,” he explained. “Just to have a great conversation with someone on a first time hanging out was fantastic.”

The new romance is a turn for the better for Stassi, who broke up with longtime boyfriend Patrick Meagher in August just before they were set to depart on an anniversary trip to Mexico. “We get into an argument on our anniversary — that he did not remember — our four-year anniversary,” she explained in an episode of her podcast at the time. “When I reminded him of our anniversary, I just got, ‘Aw, that’s sweet.’ I didn’t even get a f–king daisy, not even a weed, nothing. What did I get? Broken up with and told that he’s not coming on our Mexican vacation that I already prepaid for.”

That’s all ancient history now, though, since she seems happier than ever with her new Beau. And they aren’t even waiting for an anniversary to travel the world! 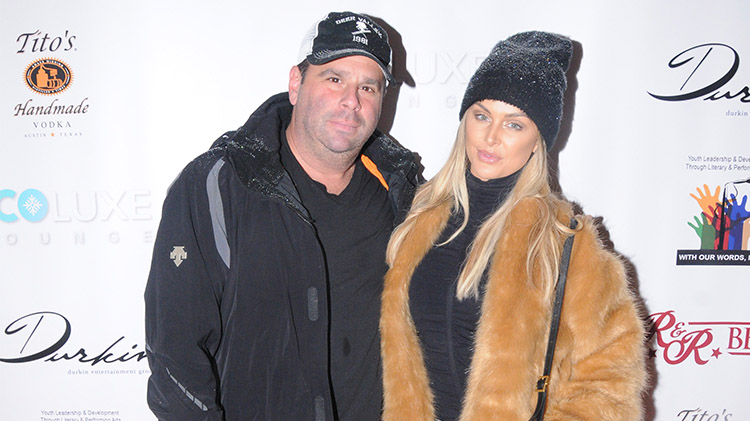