The idea of a man cheating on his pregnant girlfriend while she sits in his hometown alone waiting to go into labor makes our blood boil. We can only imagine how Khloé Kardashian is feeling after photos and videos surfaced of Tristan Thompson kissing, motorboating, and getting groped by women at a club on April 10. She's been nothing but an angel to him; travelling with him, throwing him extravagant birthday parties, and singing his praises whenever she could. So why is she getting just as much backlash on social media as he is?

Well, Tristan's ex Jordan Craig was pregnant when he broke up with her. He began dating Khloé soon after, so people speculated that he left Jordan for Khloé. Whether or not that's true, some fans have clearly made up their minds that Khloé was a man-theif, and they're glad to see the same thing happen to her. "No encouragement bihhh she took someone's boyfriend. Karma is a serious thing," said one hater. Another agreed, writing, "you lose them how you get em." One person even suggested she name her baby "Karma." Very not cool.

However, that doesn't mean fans are letting Tristan off the hook. He was getting some pretty savage comments as well, and he earned himself a new nickname: Third Trimester Tristan (for stepping out on Jordan and Khloé when they were pregnant, get it?) "The girl is carrying your child you should worship her not make out with other women ??‍♀️ ," said one frustrated follower. "We believed that you were a good man," said another. One said simply, "You’re a dog."

Luckily, Khloé is also getting a hell of a lot of support from fans who have been heartbroken seeing all the pain men have put her through. "Everything will be fine, focus on the birth of your baby, we love you, you are admirable," said a passionate supporter. We can't help but agree. Stay strong, Khloé! 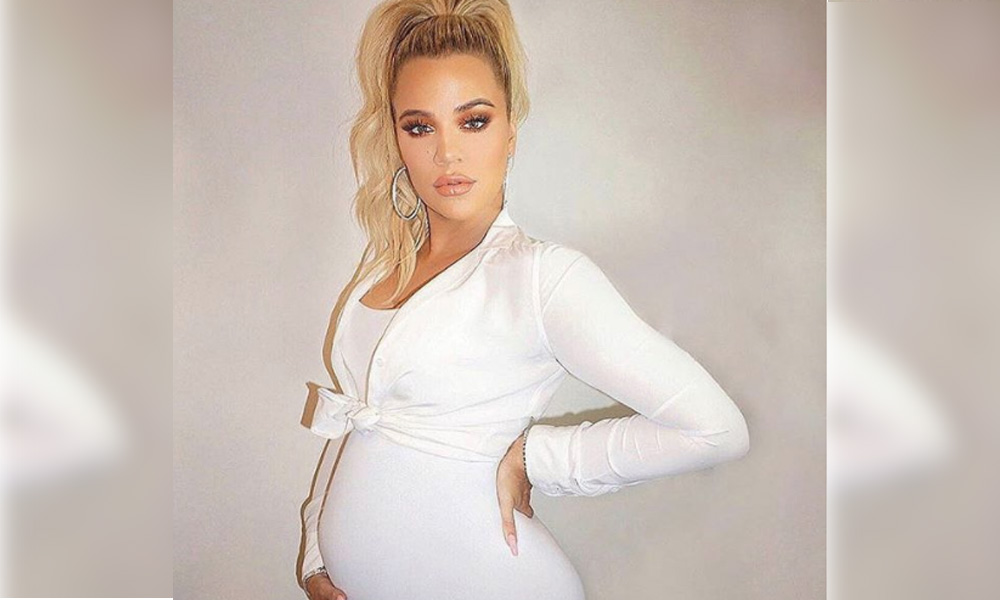