This one really grew up, y’all. Former One Direction star Zayn Malik‘s transformation taught us that some men really do just get better and better with age.

Born in Bradford, West Yorkshire, England in 1993, the now 27-year-old came through the X Factor circuit like his future bandmates: eager to succeed and ready to show off his pipes. Though he didn’t make it past the boys’ trials, he was unexpectedly made part of a five-piece group consisting of Louis Tomlinson, Harry Styles, Niall Horan and Liam Payne. The lads went on to compete in the competition after being given the monumental second chance — and they went on to snag the coveted third place honor during the finals of the reality competition. 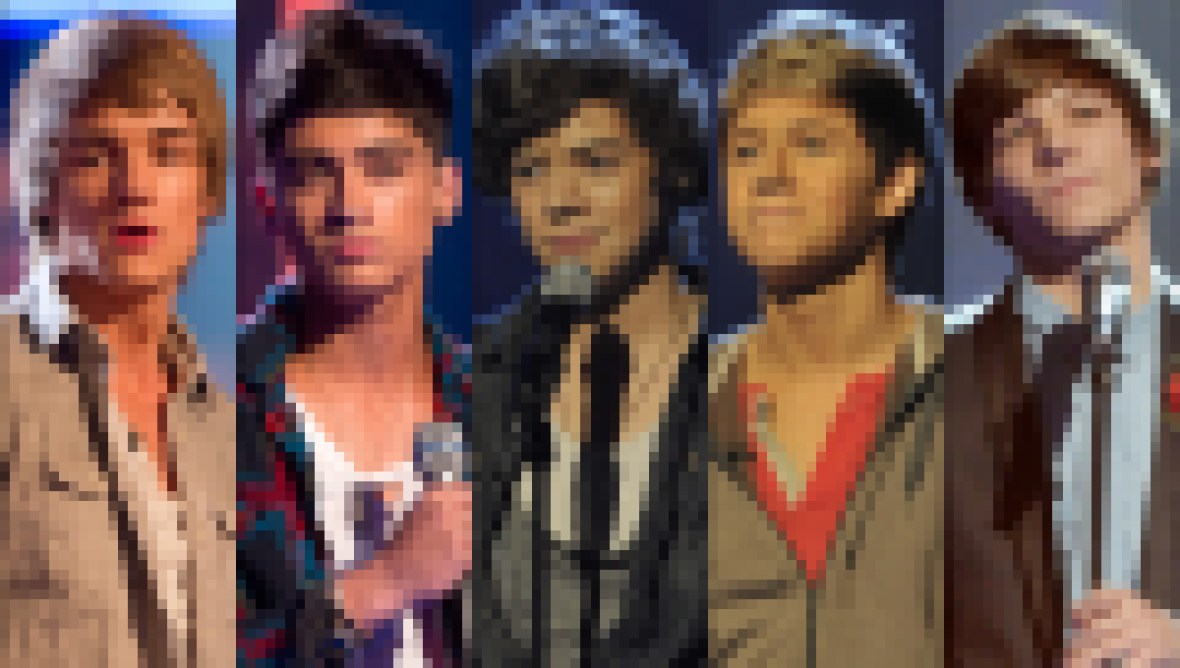 Night Changes! It's Been 10 Years Since One Direction Became a Band So Let's Get Nostalgic

Subsequently, the pop group became superstars in the U.K. and then the world — and we’re pretty glad they did, or else Zayn’s incredible transformation would have never been able to be appreciated by the likes of us mere mortals.

Unfortunately for 1D OT5 stans, Zayn left One Direction in March 2015 after over four years with the group that made him a household name. Citing stress as the reason for his departure, the singer laid low for the rest of the year and stayed out of the public eye.

His first solo single, “PILLOWTALK,” was released in January 2016, less than a year after his split from the band. He went on to release two solo albums, Mind of Mine and 2018’s Icarus Falls. His first release was a smash hit — and his second was considered a potential masterpiece.

After going solo, he experimented a lot with style, which could have been influenced by girlfriend and supermodel Gigi Hadid. The couple started dating in 2016 and had their fair share of ups and downs over the years. After splitting in January 2019, they reconciled the following January — and by April, Life & Style confirmed the pair were expecting their first child.

The “No Candle, No Light” soloist is thrilled to become a father. “Finding out that he’s going to be a dad has put a smile back on Zayn’s face,” an insider exclusively told Life & Style in April 2020. “He has a more positive outlook on life and really pulled himself together.”

Scroll through the gallery to see Zayn Malik’s transformation over the years!

Baby boy Zayn was definitely the most suave of the bunch back in 2010 when the boys first got their taste of success on the British competition show. He was mysterious and had a stare for the ages — and the pipes of a seasoned professional. Needless to say, he garnered a whole host of dedicated fangirls quite quickly … and for all the right reasons.

But don’t get us wrong, he still had that boyish charm. When he was around the other lads, Zayn tended to light right up and find his place amid the other four class clowns. Honestly, every time the group was together, it was clear they were up to no good — and Zayn was right along with them. Look at that smile!

By the following year, the Bradford, U.K. native had already settled into his bad boy persona … and technically, he was a couple years early (the rest of the guys didn’t try the whole ~greaser~ thing until 2013). He wore a lot of punk-esque jackets and even started doing his hair in a bit of a front quiff. It was clear which boy band archetype he would be playing throughout the upcoming years.

Yeah, and he even picked up cigarettes. That’s how dedicated to the ~lewk~ he was. Kidding, but it definitely did shock fans to find out about his habit so early in the band’s career. Regardless, he was starting to take fashion risks and carve out a style and persona for himself. It still feels like he was the first of the lads to truly discover himself and who he wanted to be.

In 2012, the boys all took on a color-coordinated, preppy vibe to promote their first two albums, Up All Night and Take Me Home. Zayn kept in line with his personal style despite the cookie-cutter fashion choices made as a group … at least, for a little while.

Toward the end of the year, he started branching out more. Between the leather jackets making a comeback and the blonde streak in his quiff, the then 21-year-old definitely took ownership of his first year of adulthood. Plus, that facial hair, y’all. Our boy was becoming a man.

2013 was the year puberty really smacked Zayn in the face, if we’re being honest. Around the debut of their third album, Midnight Memories, the singer rocked a lot of slick suiting and black ‘fits.

Plus, the tattoos really started to become a part of Zayn’s overall look and persona. Needless to say, 2013 was a stellar year for a dude who was already on a global high, between his music and his personal fanbase. Swoon.

In the beginning of 2014 — his last full year as a member of 1D — Zayn dealt with a lot of touring anxiety and other triggers, but he definitely didn’t let it show. He continued with his almost James Bond-like ‘fits and his jaw got even more chiseled. Who knew we could be so lucky, you know?

By the end of the year, though, the crooner had grown out his hair — and for the very first time, we started to see a new side of Zayn. This would be the first of many hair changes he would go through in the coming years, finding it to be a huge part of his personal expression going forward.

After leaving the boy band that made him famous in early 2015, Zayn laid low for a while before being spotted at Paris Fashion Week over the summer. There, he debuted a blonde buzzcut that no one expected — but a lot of ladies loved. We know we did. It was a great look for the Englishman.

But shortly after, he dyed it back to his natural color. We’d continue to play this game with the singer for the next few years as he experimented with his locks, but continued to approach red carpets and stepping out publicly as a runway all his own. By the time he made his exit from the band, he was approaching 23 years old — and he definitely looked smoldering for his age.

In 2016, we got this incredible rose gold hairdo from Zayn, complete with two full arms of tattoos. The boy did, in fact, become the man. Plus, he was riding high off the release of his debut album, PILLOWTALK, that year so you know he was totally feeling himself.

Ever the experimenter, he went back to black with the hair — and back to the awards show circuit, where he was showered with praise for his debut. Though fans and followers were shocked by the quickness of his departure from the group and the start of his subsequent solo career, he did set the precedent for the group’s individual solo careers to come.

In 2017, the heartthrob worked on several one-off singles and collabs with other artists, such as PartyNextDoor and Sia, while continuing to lay low. He looked pretty dang good while he did it though, continuing to experiment with his look.

See what we mean? By the end of the year, the boy was bald again (which we truly cannot complain about). In fact, it got to the point where it was pretty exciting to see what Zayn would be wearing if he happened to step out in public or showed up to an event. Risks were being taken!

2018 was a big year for Zayn in three distinct ways: His style truly popped off, his relationship with model Gigi Hadid ended and his second solo album, Icarus Falls, was released. Talk about going from zero to sixty! This look from a day out in NYC just goes to show the risks he was willing to take with his street style.

His album, which hit the airwaves at the end of the year, was a 27-track opus that was heavily debated by fans and music critics alike. Some thought it was indulgent, others thought it was a masterpiece. No matter how you felt about the album, you just couldn’t deny the boy looked like a slice when he released it.

Talk about really laying low. The most we saw of Zayn in 2019 was when he graced us with a rare Instagram selfie to let us all know he was, in fact, still looking gorgeous. He didn’t make many public appearances over the course of the year and only released three collabs, one of which was a cover of “A Whole New World” from Disney‘s Aladdin.

Zayn posted this selfie with a shaved head in October 2019 … and then all was quiet for months.

A few months later, the heartthrob shared a photo of himself bundled up on the soccer field. Isn’t he a cutie?

While on a trip to Las Vegas with his cousins, Zayn shared a snapshot of himself hanging by his hotel pool. “Had a great time, thanks for everything,” he captioned the Instagram pic.

After months of silence while he acclimated to his new role as a daddy-to-be, Zayn shared this glowing selfie in July.